You know when you hear a game you love is getting a remaster or a remake and you get excited? And then the remake releases and you realize they messed it up? THPS 1+2 is that, but they didn't mess it up. 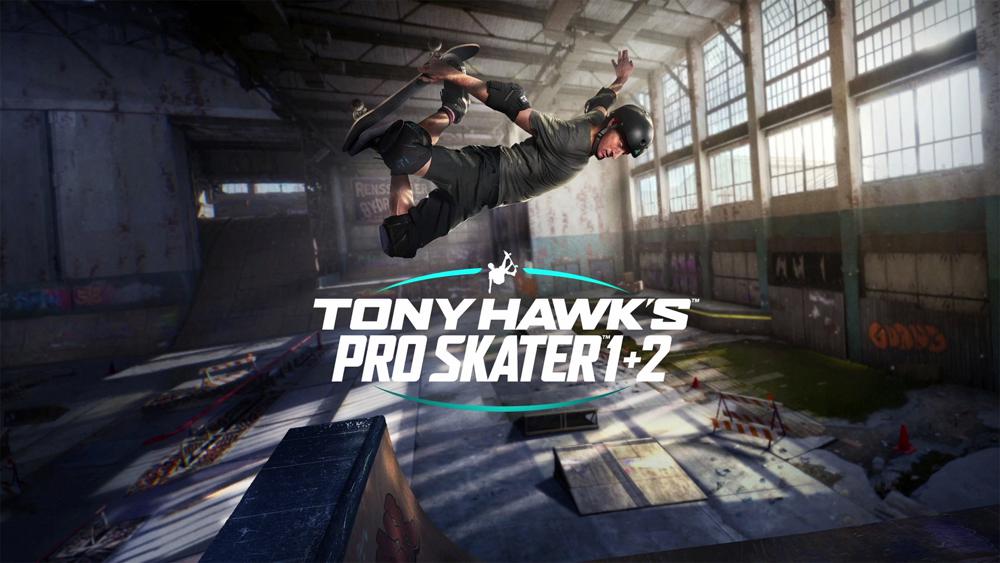 I love FF7R but THPS1+2 is a much better remake. FF7R is not really the same game as its original, it's completely different. THPS 1+2 on the other hand is as close as you could get to being able to throw the PS1 games into a machine and magically get a updated one out of it. The graphics, the controls, everything has been modernized, but the gameplay is the same. It is so faithful to the originals that you can use the same walkthroughs to find where all the things are. And all the key areas are where they always was but look much better: 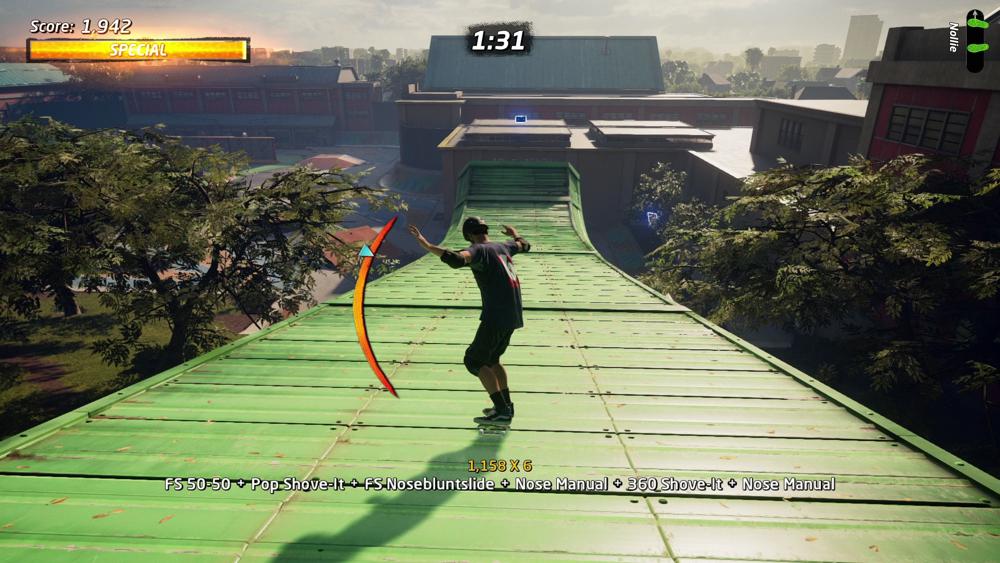 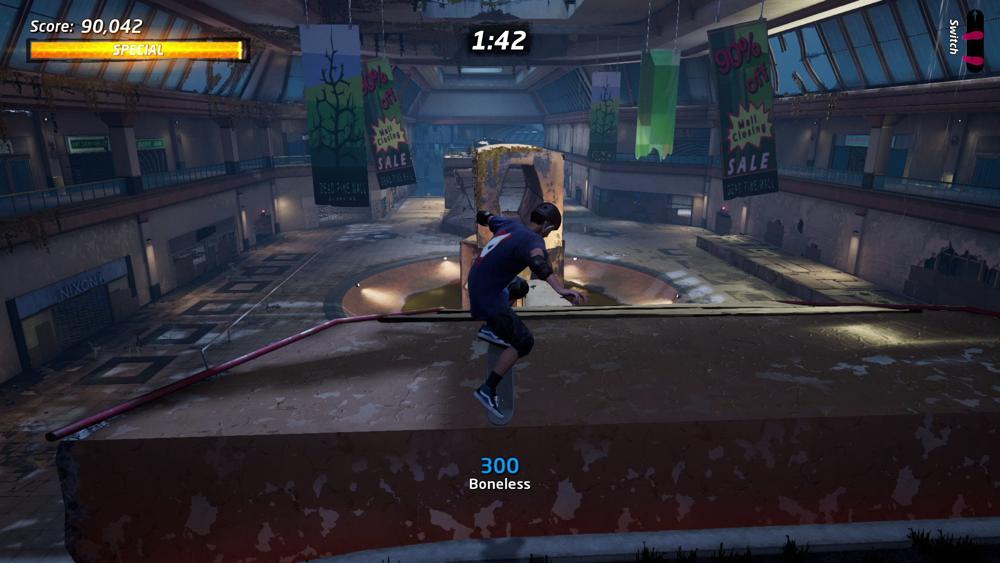 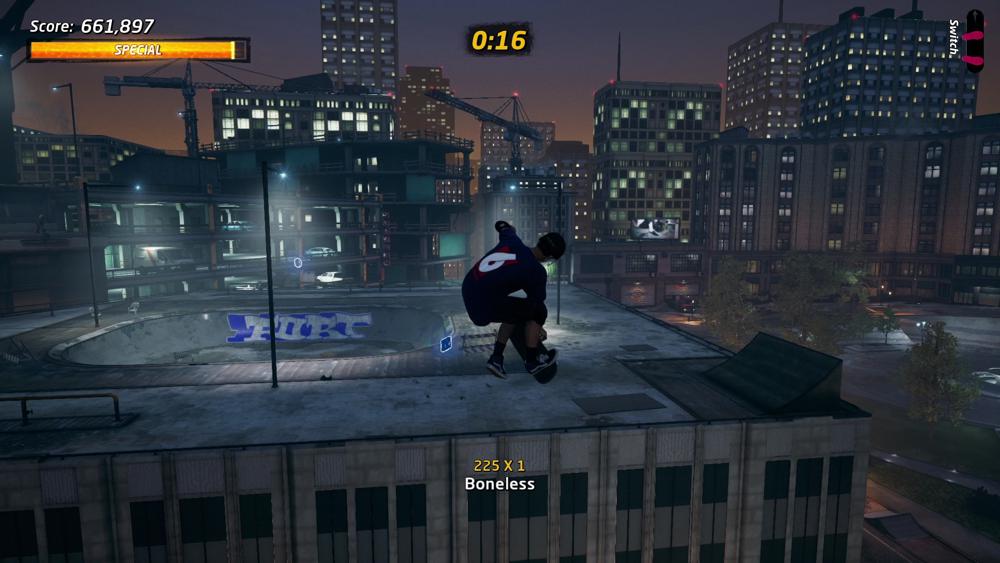 The roofs of THPS1 Downtown

In fact, I don't see any reason why you would go back and play the originals when this exists. The originals have aged horribly. The graphics are terrible, the framerate chugs and its just ugly, awkward and weird and the controls feel like you're pushing through ten miles of crap.

This version solves all of that and is a joy to play. I highly recommend it.

I was worried that they would make it easier or dumb it down to suit the modern gamer more, but no some stuff is as frustrating as it ever was, you can't get off the skateboard and just walk, and Downhill Jam is still a bitch.

The only difference I could notice from the originals is that they moved the E in Downhill Jam which I gladly welcome because that E was borderline impossible to get in the original. You had to have enough speed into the ramp to jump up and grind the rail and then hope you had good balance to get it. In 1+2 you just jump straight up from the ramp.

Apart from that, I don't really have a lot to say. If you like THPS 1/2/3/4 you will love this one. Especially if you like 4 (like me) because it's essentially the same moveset, except they added a very convenient wallplant.

If I had to complain about some stuff, I can think of 2:

But that's really it. This is about as good as a remake or remaster can get. I think this should be the gold standard we look up to when we hear of a remake/remaster coming. 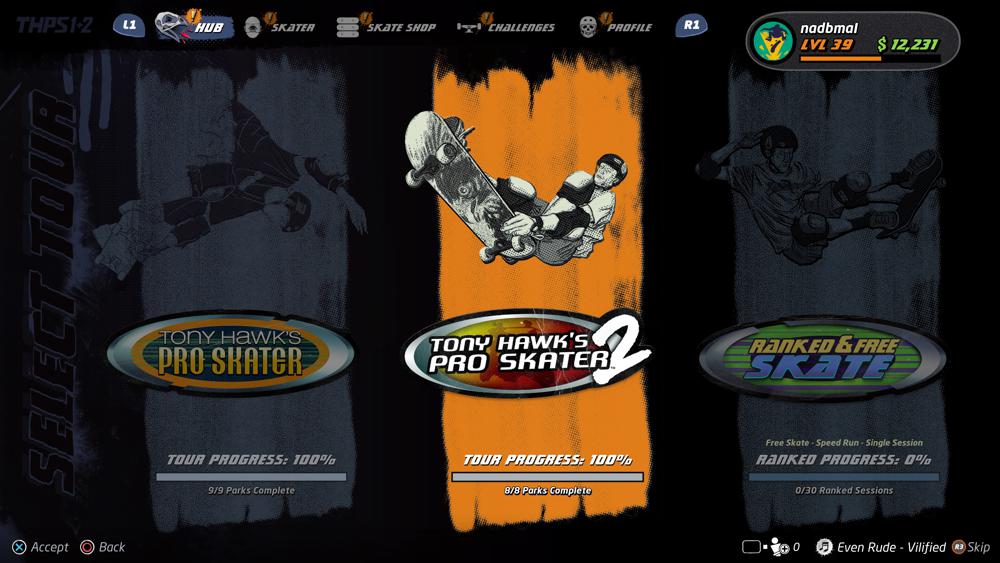