I’m on vacation and I wanted to play a game on my PS4. And for some reason I went with the FF7 remake. Followers of this blog and me will know that I played the demo and really liked it, but not much more than that. I wasn’t gonna pre-order.

Well fast forward and the Coronavirus happens and Square starts shipping copies to Europe way in advance. Obviously I was interested in seeing if I could get a early copy and sure enough I had the game a week before release.

I was excited about having gotten the game early, but I wasn’t excited for the game apart from that. I started playing it but fell asleep in the first chapter and was like “alright, maybe some other day.”

Fast forward again to June and I’m on vacation. Not really having any plans apart from exercising and playing The Last of Us 2 once it releases, I decide that I’m gonna play through a game on my PS4 before it does. I was in a PS4 mood because of the PS5 event and the release of TLOU2 was imminent.

And I’m not sure why, but for some reason I went with FF7R. Is it because I’ve had the games case lying on my PS4 for months? Maybe. Was it because I had seen some interesting screenshots on Twitter? Maybe.

I don’t really know, I just wanted to play FF7R.

I think I started playing FF7R on a Sunday and TLOU2 was gonna release on Friday, so I had to play ~8 hours of the game per day based on how long it takes to beat if I was gonna be done with it before TLOU2.

I started a new game, despite this meaning I have to play through Chapter 1 a third time.

I forgot how thrilling it was to see Aerith in this fidelity. It’s so incredible. And then that little theme song plays and I got goose bumps and I even let out a tear. It just makes me so happy this remake exists to bring life to a pretty ugly PS1 game.

It sounds silly and I feel like an impostor since I havent finished the original, but seeing these key scenes from the original beautifully remade is just incredible and I get tears in my eyes out of joy.

I tried remembering how far I had made it in the original to see if I had played passed the parts the Remake takes place in, and based on my memory I sure had, and that got me excited because that meant I was gonna recognize more of these key scenes.

The battle system is very messy at first, as I mentioned in my demo piece too. I did eventually get into it, switching characters back and forth, making sure no one had unused ATB, but it took a while to get into that. That's why I wanted to play this game at a time like when I'm on vacation so I can play it for several hours a day and get good at it.

Another messy part of the game is dealing with all the materia. You have alot materia and there are undocumented combos you can do with them and there's linked materia and some materia is better on weapons. There's just a lot of variables. Which is cool, I guess, but I ended up reading a guide online about it and kept the same materia in use for most of the game.

There are certain bosses though that are weak to certain elements. And in those cases, you cannot pause mid-battle to swap materia (not as far as I know anyway) so you have to pause the game and retry from a checkpoint. It's fine, but it's not natural. Would be nice if the game could give you a hint before battles that these enemies will be weak to X.

Speaking of retrying from checkpoints, one very annoying thing that happened to me was in the last fight of the game. I was all amped up in the final-final-final battle of the game, trying to do my best, but I died.

Every other time I had died in the game, you get a Game Over screen and you pick Retry, and then the game just confirms you with a simple Yes or No. So the button combinations are: X (Retry), D-pad up (move to Yes), X (Yes). Pretty simple muscle memory.

Now what happens in this last fight, because it's a long fight, is that the game added a option of where you want to retry from: From last battle, or first battle. This is good in theory, because you might wanna restart completely to get more items or something. But here's the thing that completely screwed me: the Retry from First Battle option had taken over the Yes button, and it didn't even ask for confirmation! So yeah, I accidentally hit Retry from First Battle and that was it. 20 minutes to waste and I was really sour. And I didn't even like the next to final boss so it was kind of annoying to go through it again.

One thing I really liked in this game was the minigames! There's dancing, pull-ups, squats, whack-a-box, darts and probably something else I'm forgetting.

My favorite one was the pull-ups, because it was actually pretty hard to win the final challenge and it involves pressing buttons in a pattern kind of fast. 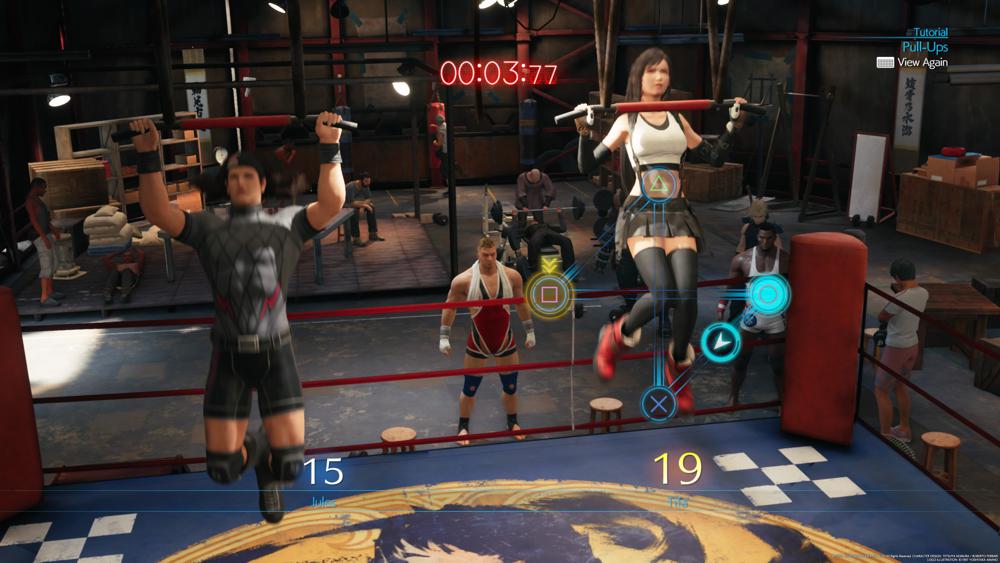 (Potential story spoilers, but if you're familiar with the original you should be good) 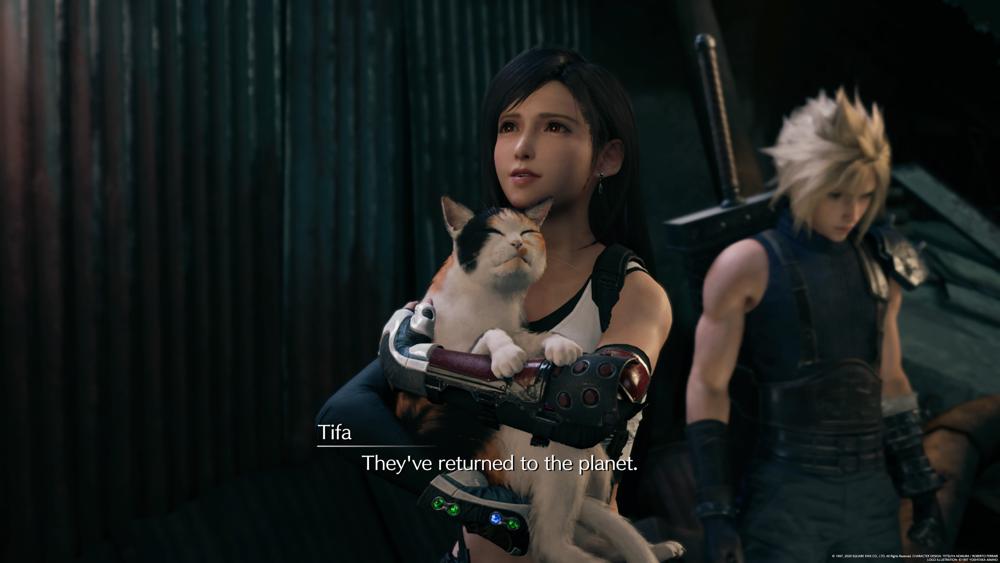 Seeing the story like this instead of just a bunch of blue text boxes, it's a whole different story. Could be because I was much younger when I played the original, but this story is very good and surprisingly depressing. And you get emotionally into the characters so much you don't want to see anything bad happen to them. 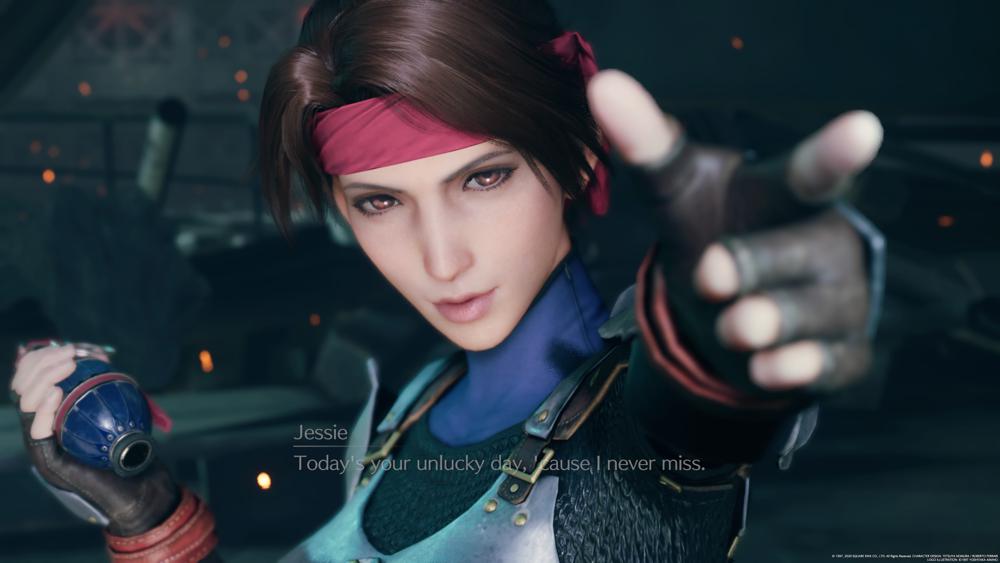 Jessie is interesting, because she's a very minor character in the original game. But here, I could barely handle seeing what happened to her. She was so quirky and funny and... hot for Cloud... I just didn't want her to stop being around. 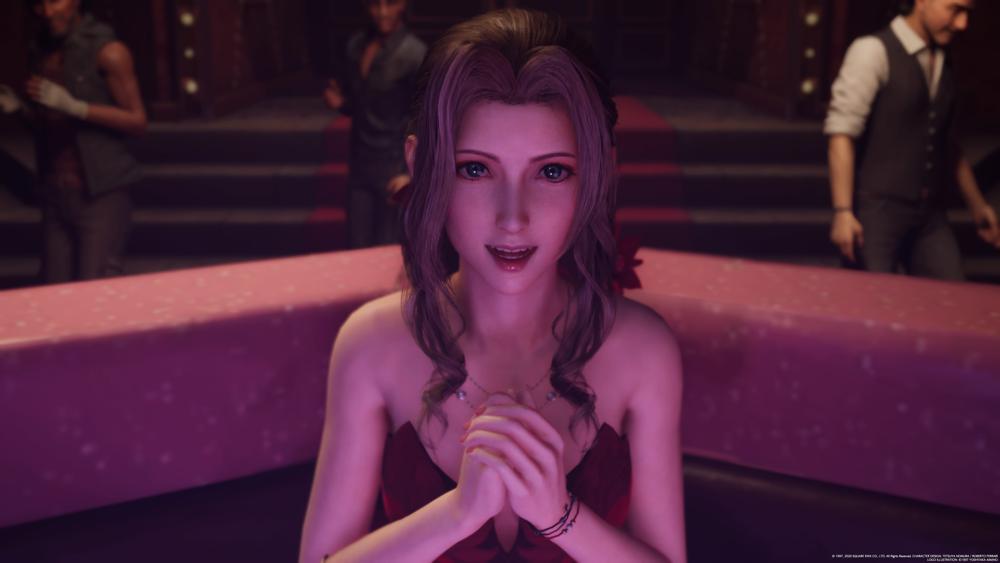 Aerith is the sweetest and nicest person ever with such a sad past. It's worth playing the game just to get her and her mothers backstory.

And it makes me nervous going into the future of the remake series because we all know what happens to Aerith in the original. We all know, it's a legendary gaming moment. I don't wanna see that happen to this sweet girl. I don't know if I could handle it. But the very last words on screen of the game gives me some hope, but not much, I think I'm screwed either way.

And then there are all the other characters, like Biggs, Wedge... frankly didn't care much about them.

Barret I wouldn't care for at all, but she has his daughter, so I care for her so I have to care for Barret.

Tifa is probably the character I have least opinions about. She's nice and great in combat (maybe my favorite to play), but apart from that I don't have many thoughts about her.

And finally there's Cloud. He's really weird, never picked up on that vibe in the original. He's very off and uncomfortable. Makes for some great moments though between him and Aerith.

So yes, the story took me by surprise, you could say that.

I was originally just gonna make a pointed list with my thoughts on this game but I wanted to flesh it out and write some more, so here are the things that didn't make it out of the list:

Fantastic remake. I really like the creative liberties they took and fluffed a pretty small section of the original game into this masterpiece.

I'm excited for Part 2, whenever that is. I also wanna lend my PS4 to my brother so he can play this, I'm very curious what he thinks about it. 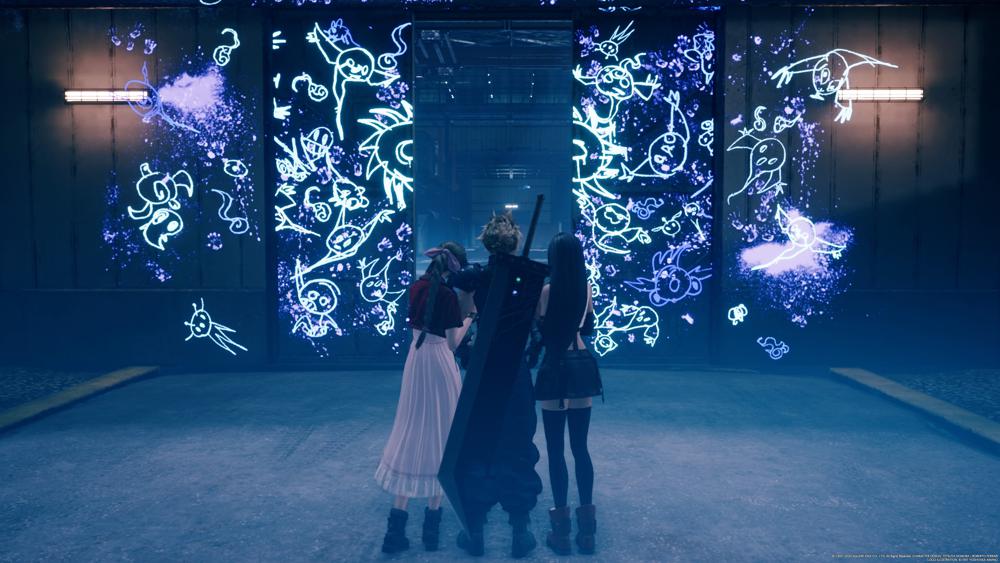 Now I'm gonna play The Last of Us 2, and maybe after that I'll start the original FF7.