I just finished the FF7 Remake Demo and here are my thoughts.

Why do I have thoughts about it? Am I excited about this game?

FF7 isn't really a game I have played alot - I haven't finished it - so really what I think doesn't matter.

I only like FF7 because my older brother was into it and because of that I am a little into it.

I would like to play through it fully and really get into it but I haven't ever really tried. I do remember I got pretty far into it, maybe 10 years ago, on emulator but then I lost the virtual memory card. I think I got past the part where you pose in a parade and I also saw a very, very long cutscene, I think it was about Sephiroth.

But since then I have never really touched it.

But the Remake has me excited because oh my, it looks and sounds incredible.

On the first cutscene you are immediately hit with nostalgia because everything looks as you remember it, but much better, and Aerith looks amazing and pretty.

Then the game starts where you get off the train and that classic first fight starts and everything is still incredible. And hey, they have voices now! Not just blue text boxes!

(The voice of Wedge is Matt Jones which you probably recognize from Breaking Bad, or maybe from Mom. I think his voice suits him great.)

Running around is a lot more fun in this version, because in the original you have that weird bird perspective and you only run in diagnoals or straight lines. In the Remake you can look around and find chests and boxes with good items in them. It's fun to explore.

The combat started of very fun and straight forward. I played the regular "Normal" difficulty and it felt good. But as the demo went on, the combat got messy really fast. There were so many buttons you could use, I didn't really know if I was supposed to mash them or not, I didn't really understand how you dodged attacks, and I basically just ended up running straight into enemies and just mash square and specials (whenever I could) and use potions when needed. Seemed to work anyway, because I didn't die!

Eventually I got to the boss fight and here is where I felt the combat got extremely messy. I didn't know what to attack (in the original I think you were meant to target specific parts of the scorpion), I didn't know how to dodge anything, and Cloud and Barrett talked among themselves, but really to me, about what to do. I basically just ended up spamming Barret's Overcharge and Cloud's strong attacks. It worked anyway, because it just took a few potions and then the scorpion was dead and we were running out.

On the way out you got the detonation timer running, and here I gotta give huge props to the Remake team for sticking with the same design that the origninal timer had. I always thought it looked really weird with its purple font and that background with those grey lines: 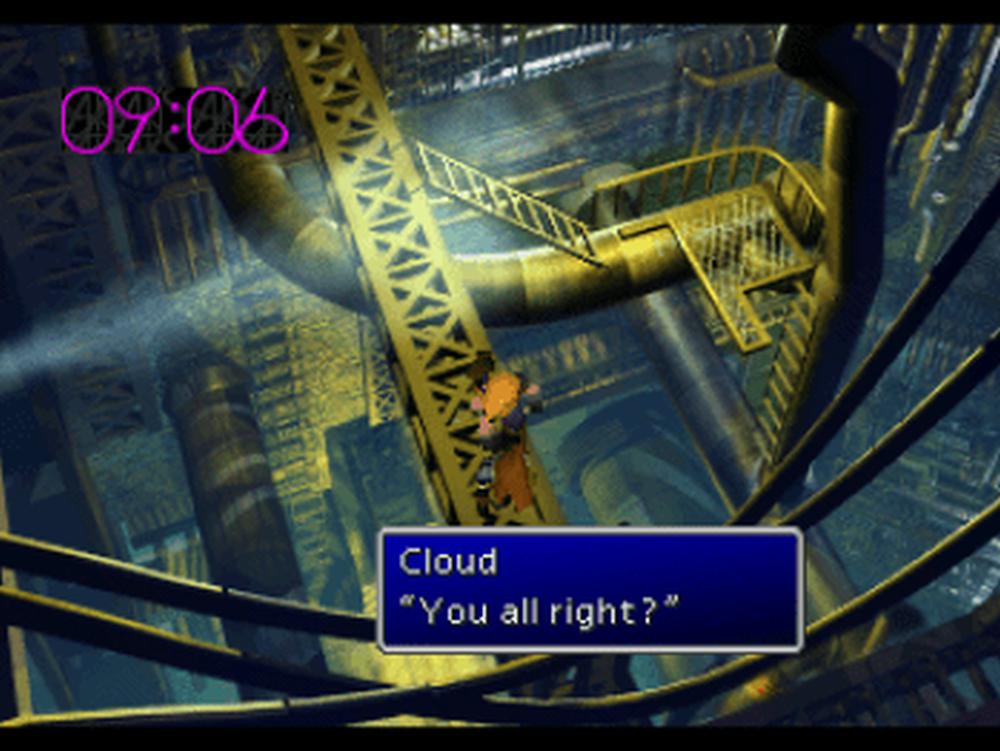 The remake looks inspired by the original, with the same kind of background as the orignal, but the font is blue now which frankly I think the original should've been too because that original purple comes out of nowhere. 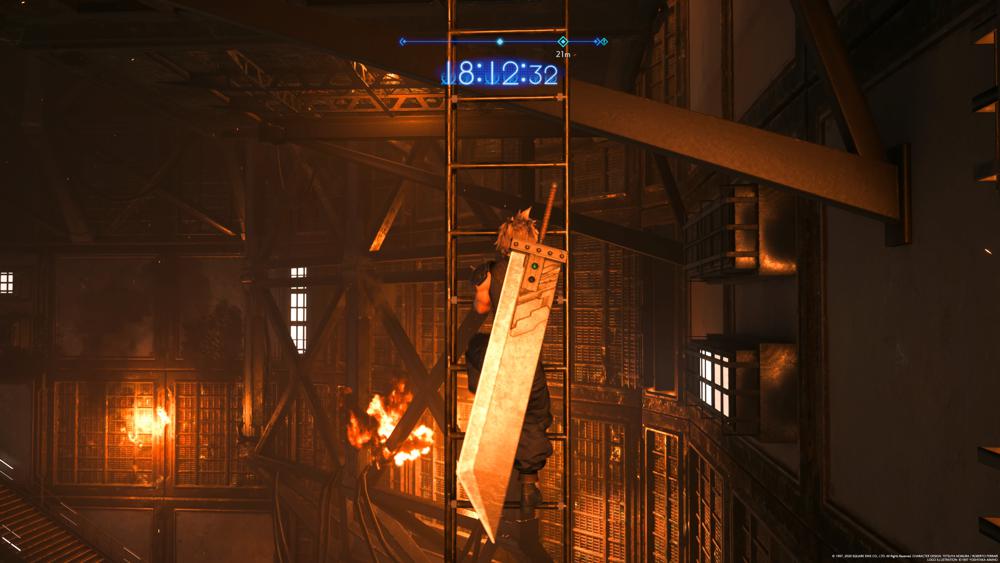 I was really happy to see that anyway, but maybe that's just me. I mean they could've gone minimalistic and just make it a plain timer with no background, really clean and elegant, but no they drew inspiration from the original and included weird stuff in the background.

Anyway, I kept on escaping and eventually the demo was over.

I think this is a great part of the game to demo because atleast for me, this is the part of the game that I remember the most. I feel like I could give the controller to anyone who had played FF7 and they would love it.

Overall, I think this Remake is incredible. It remains very faithful to the original with all it's level design and direction (things like camera movements and cutscenes). Nostalgia will hit you hard if you ever played this game before. Just the music alone was terrific and I wanna listen to it outside of the game.

The graphics were great too. I played it on my PS4 Pro connected to my LG OLED 55" TV and played it in 4K HDR and it looked fine. Some scenes looked better than others (I think there are some pre-rendered cutscenes which drag the quality down quite a bit?) That opening shot of Aerith was probably the prettiest one. Just, phew. So crisp and vivid.

The game also captured the original color palette of the game really well I thought. I remember the original being very dark, grey and blue'ish. This is definitively that, among other colors.

I have no idea what FPS the game is running at because frankly I didn't really think about it. What framerate FF7 runs at is the least of my concerns.

I only really have two things to complain about.

One of them is the UI text. It's too damn small. There needs to be an option to make it larger (there might already be, but from the quick glance I took through the menus there wasn't).

The second thing is combat. It is very messy in my opinion. I thought about it in the context of my brother. He's not very into these modern combat styles of the Final Fantasy games, so I think he would be disheartened if he tried playing this Remake. He would love the nostalgia but hate the combat and not know what the hell was going on.

There is a classic battle mode though which I hear makes it alot simpler. I need to test it out. That could maybe work for him.

I don't think I will pre-order it, because frankly, I don't care that much about Final Fantasy 7. I feel like I got what I wanted from just this demo. It is mostly this opening chapter that I remember the most fondly. Later parts of the game I never got to so I don't really care for them.

I'm gonna try to avoid pre-ordering the game and then getting the game once it goes on sale some time. Being a single player game I hope that will happen pretty fast.

I feel like this Remake is perfect for the very most casual FF7 fans. If you played the game back in the 90s and never touched it since, this Remake will hit you with a brick wall of nostalgia and you are gonna love it.

If you are super hardcore into FF7 and you know every stat and every little detail of the game I don't think you will like it - but you already know that.