This time without the asterisk. I did it legit on original console and discs. And frankly, I realize it's not such a big deal because it's a pretty easy game.

...atleast if you abuse Tifa and her Powersoul weapon together with the Deathblow=Added Cut materia. Pair that with the Curse Ring and critical HP and you got a lean mean killing lady doing 2 attacks, one doing 16X damage (or nothing) and one doing 8X damage. I think those are the values anyway, I believe a critical does 2X, Death Sentence + Powersoul does 4X, and Critical HP does another 2X. So you get 2x(2x4)X damage. I think that's how it works. It's really OP anyway. Towards the end I got 9999+7000 attacks regularly. 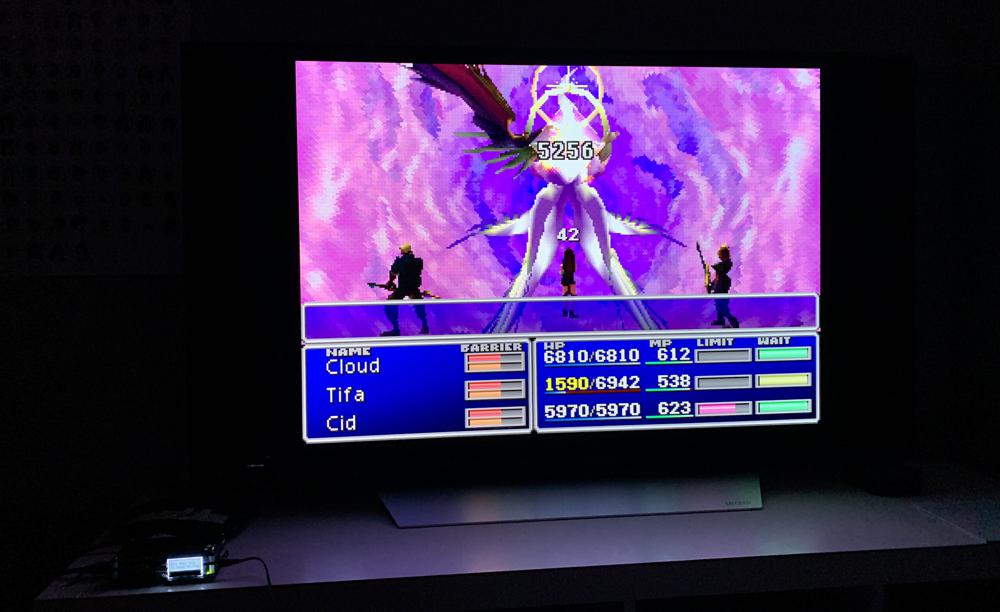 But that's pretty much all there is to say. For all my other thoughts see my asterisk post where I beat the game the first time. I think my thoughts remain mostly the same but here are some thoughts I'm thinking right now:

Since I was playing the game very casually on my TV without a capture card, and the PS1 doesn't have a SHARE button, I don't really have any screenshots as proof, but here, take these phone photos: 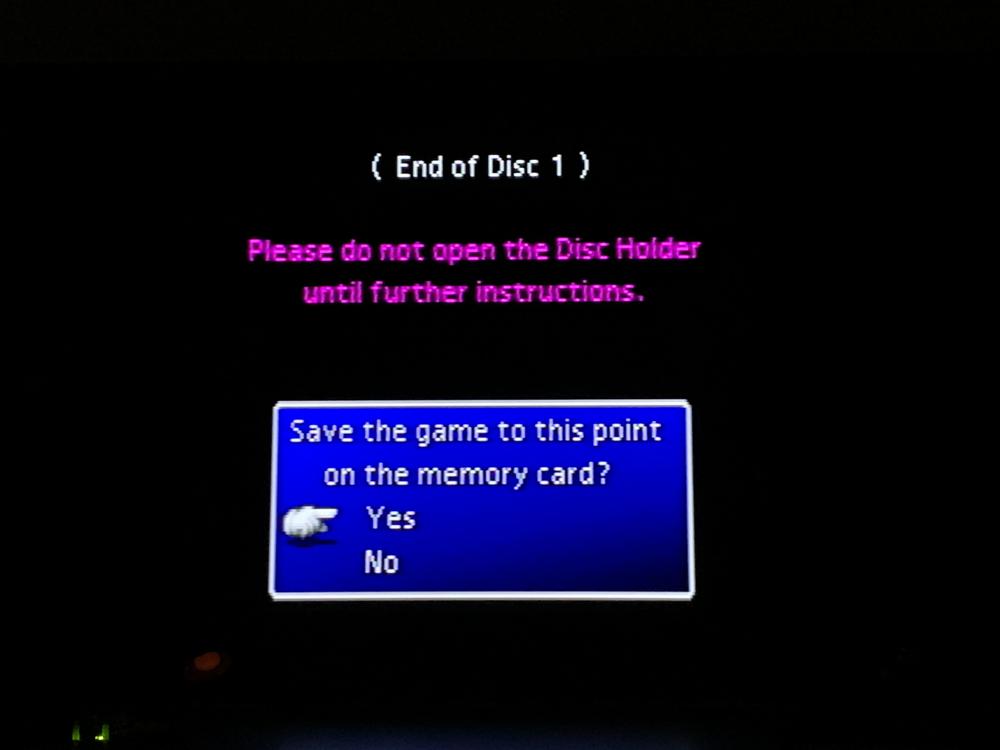 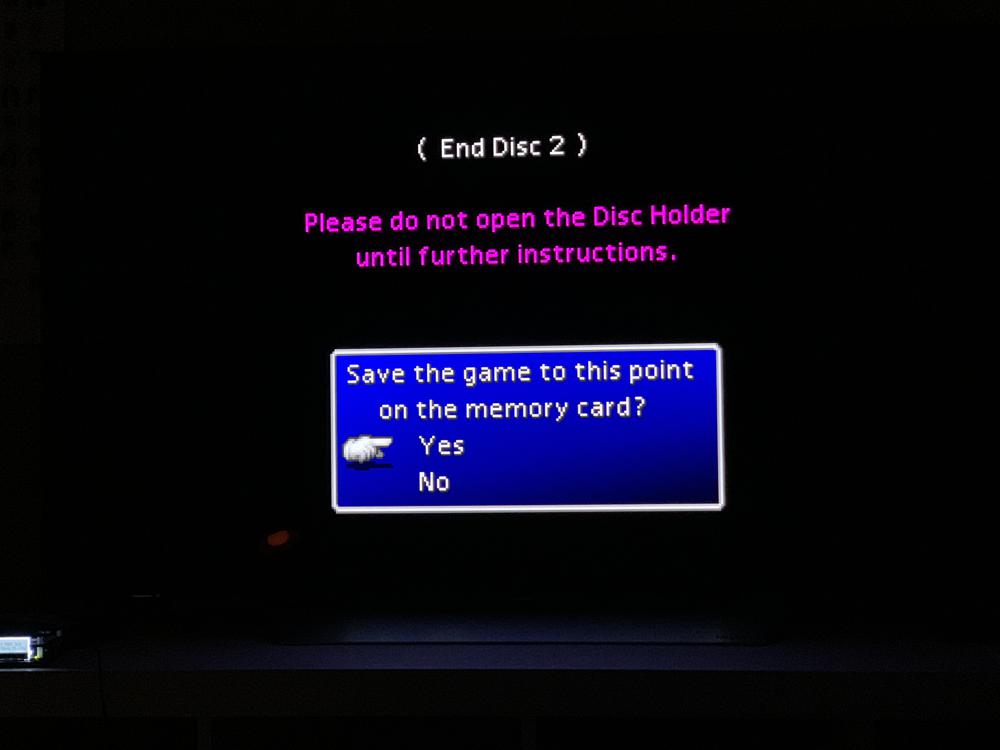 I started playing the game through Composite through a Retrotink 2x, but here I had switched to the OSSC and a RGB cable. You can tell the text is a lot clearer. 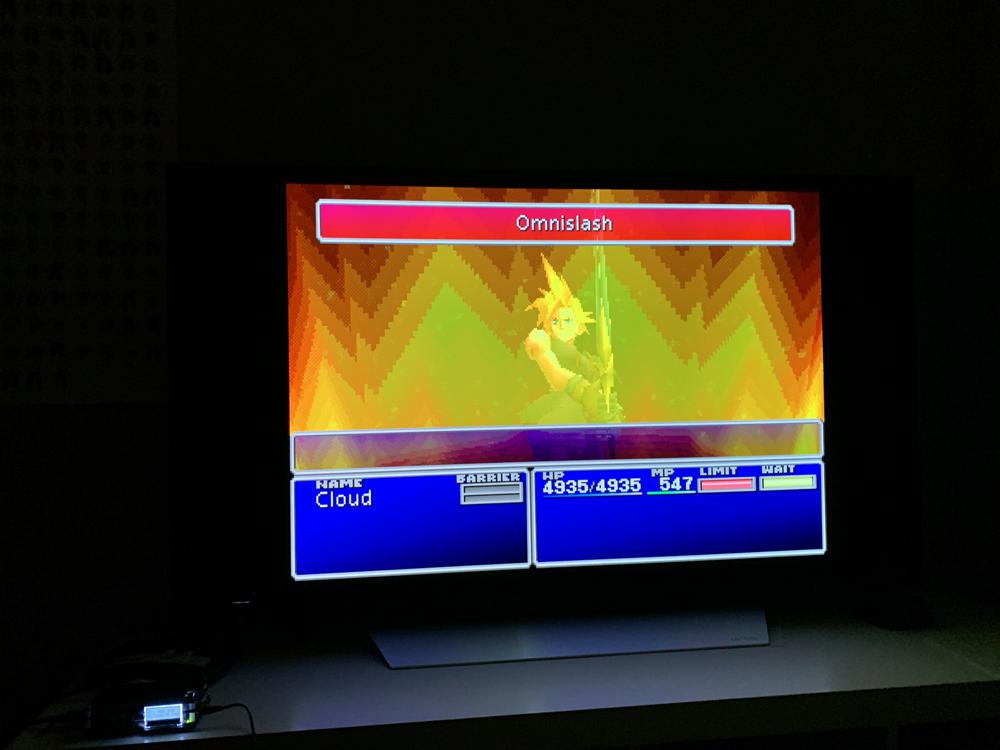