Most Efficient Way to Watch Twitch in macOS

I rarely use the Twitch website to watch streams.

Instead I use my own little script called whoislive to see who is live, and then I watch it using Streamlink.

And then, if I really wanna look at chat, I use IRC, specifically irssi. Here's a quick little guide how to set up that.

What's interesting about streamlink is that it can just give you an URL to the video stream, so you can use practically any video player to watch it.

I've been using mpv which I like for its simplicity and minimalism, but I noticed my 2020 MBP gets really hot doing so.

So I started looking into alternatives. Most interesting to me was to use Apple's own Quicktime Player. Seeing as its theirs, it should be the most efficient for macOS... right?

I did some quick tests. I just opened the stream in each player and looked at Acitivity Monitor for a while to see what kind of CPU and GPU usage I got, I figure lower is better. 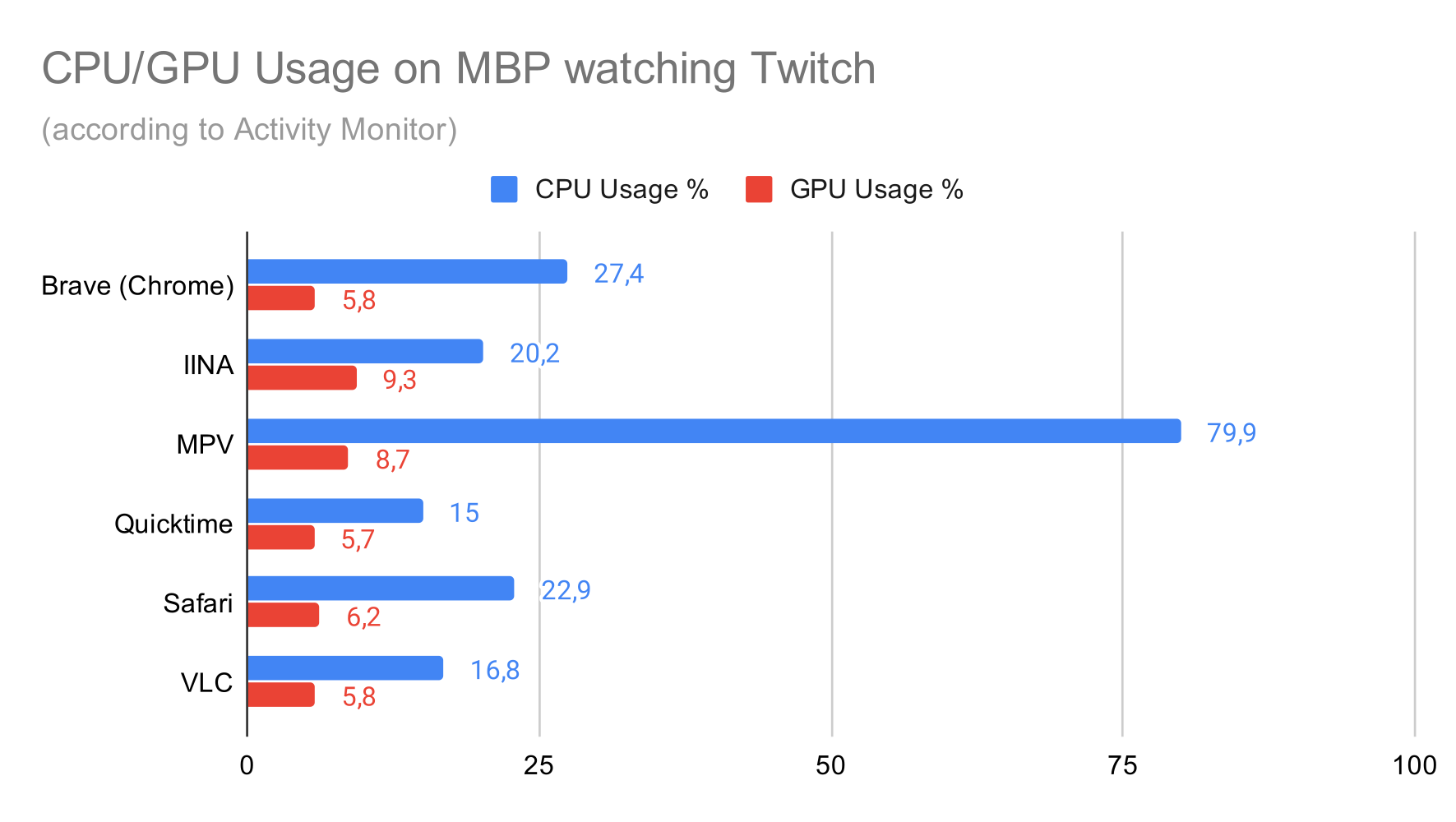 I'm gonna start using Quicktime for Twitch I think. Here's a nice little line i put in my .zshrc to make it easier:

This way I just open up terminal and type in for example ttvQT heyzeusherestoast and boom, QT opens up with the stream: 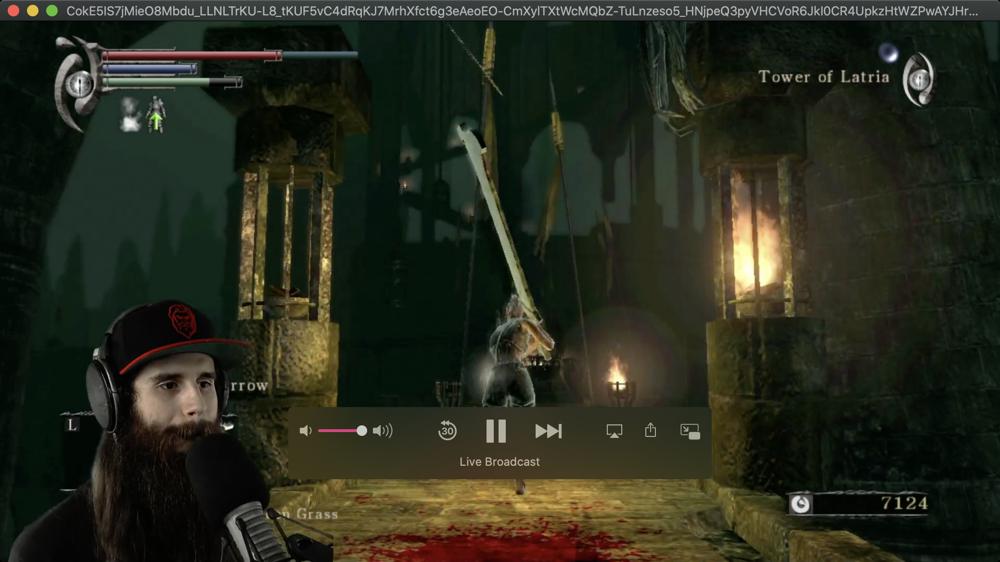 And I can put QT into PiP to watch it while doing other stuff: 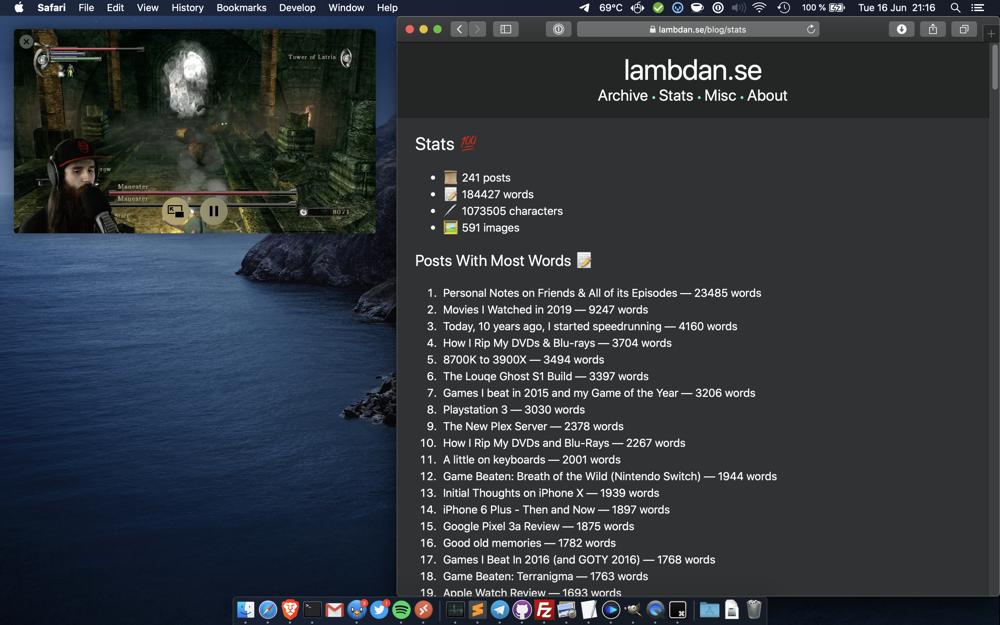 The controls on the player goes away if you don't hover your mouse over it. I just wanted to show them for the screenshot.

For fun I also looked at the Energy tab in Activity Monitor and looked at the "Energy Impact" metric for a couple of the players. I have no idea what that exactly is or how it's calculated, but I figure lower is better: 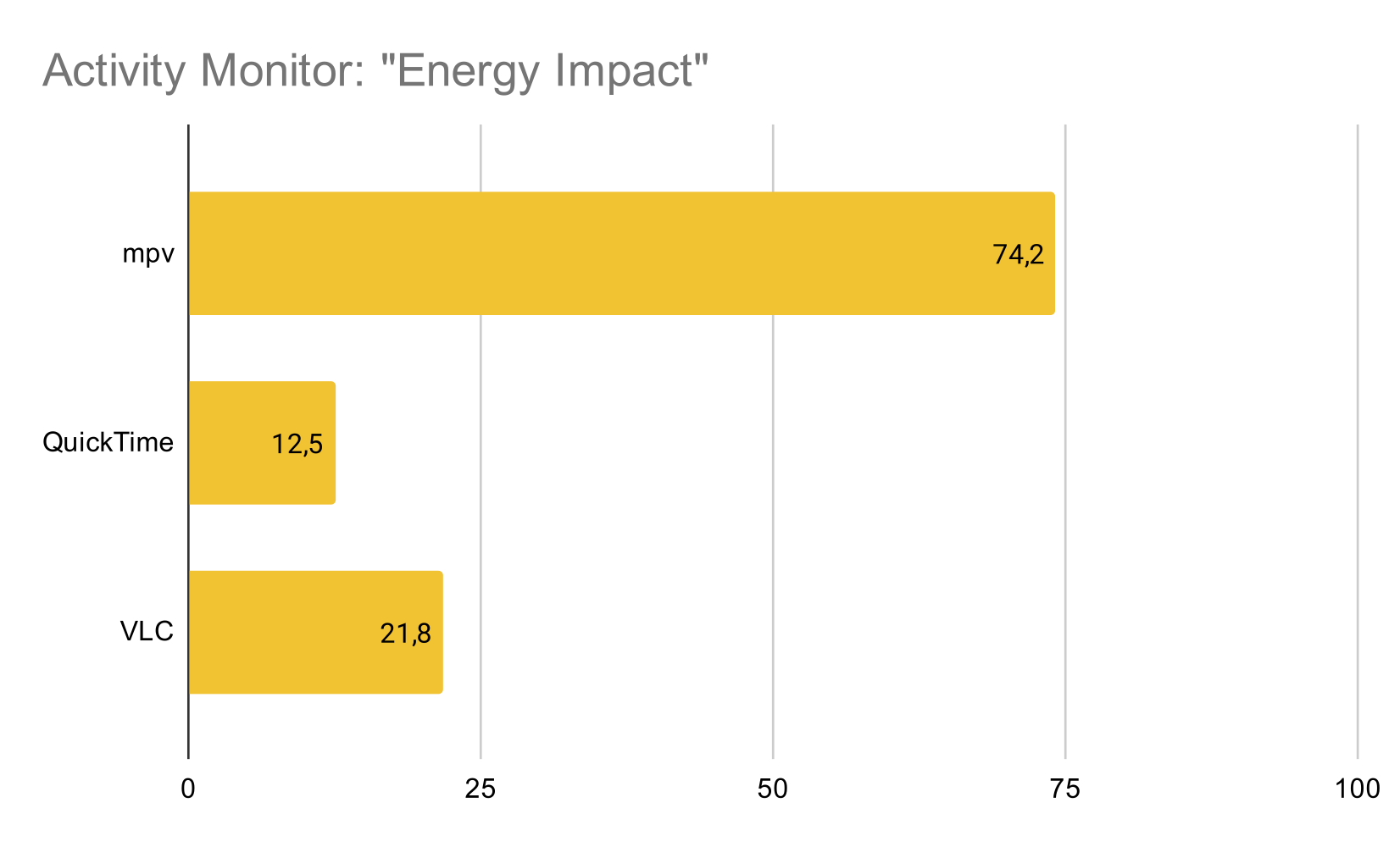