Ever since Apple started releasing new Macbook Pro's with good keyboards again I've been very interested in buying one. And so I finally did. 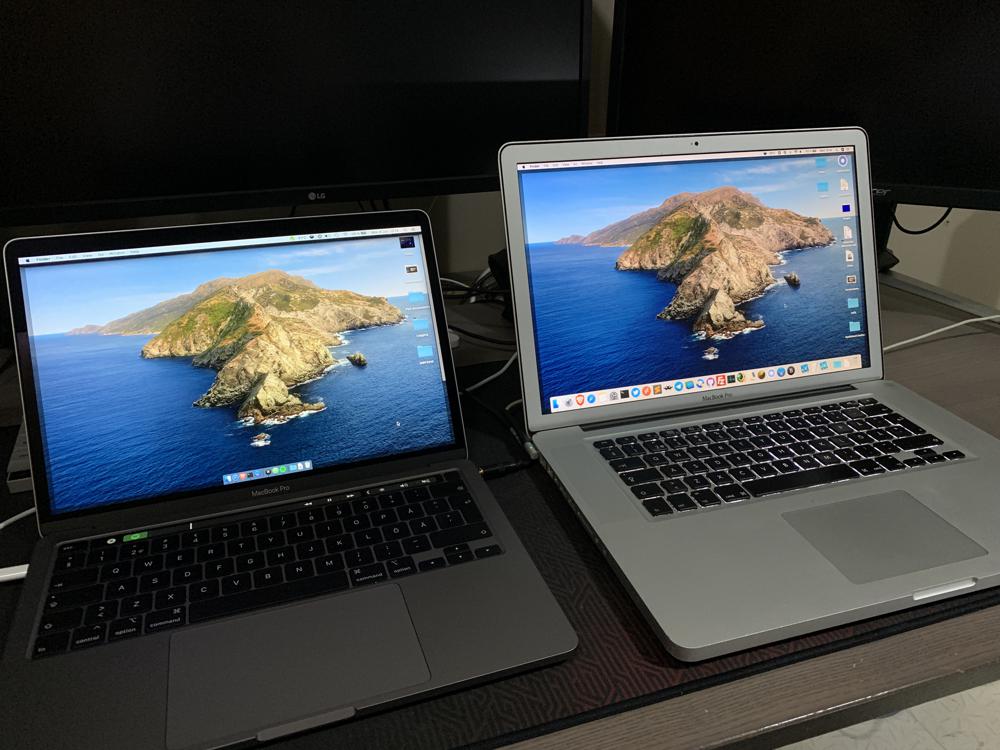 I cheaped out and went with the cheapest 13" Pro though. I really can't stand Apple's RAM prices and SSD prices and I don't ever really do anything CPU intensive on my laptops. If I need heavy horsepower I go on my desktop with the Ryzen 3900X.

I also considered the base model Air, which would probably have been fine, but that dual-core i3 really bothered me. And I also like the more square shape of the Pro models.

My laptop is basically just a fancy writing machine and for doing macOS things. So ideally, yes, I would go for the 13" model with the 10th gen Intel CPU's but I really don't wanna pay that much. If my laptop was my only machine I probably would've gone for a specced out 16-inch.

There are also lots of rumors that Apple might switch to AMD or ARM processors soon, and I might wanna get one of those, so this'll do until then.

I am really happy with it so far anyway. It's so nice and tidy, while still feeling very solid.

The keyboard is great. I still think the travel is kinda low, but the keys don't wobble (unlike my 2010 model which wobbles a lot). I'm just happy we're done with the butterfly bullshit. 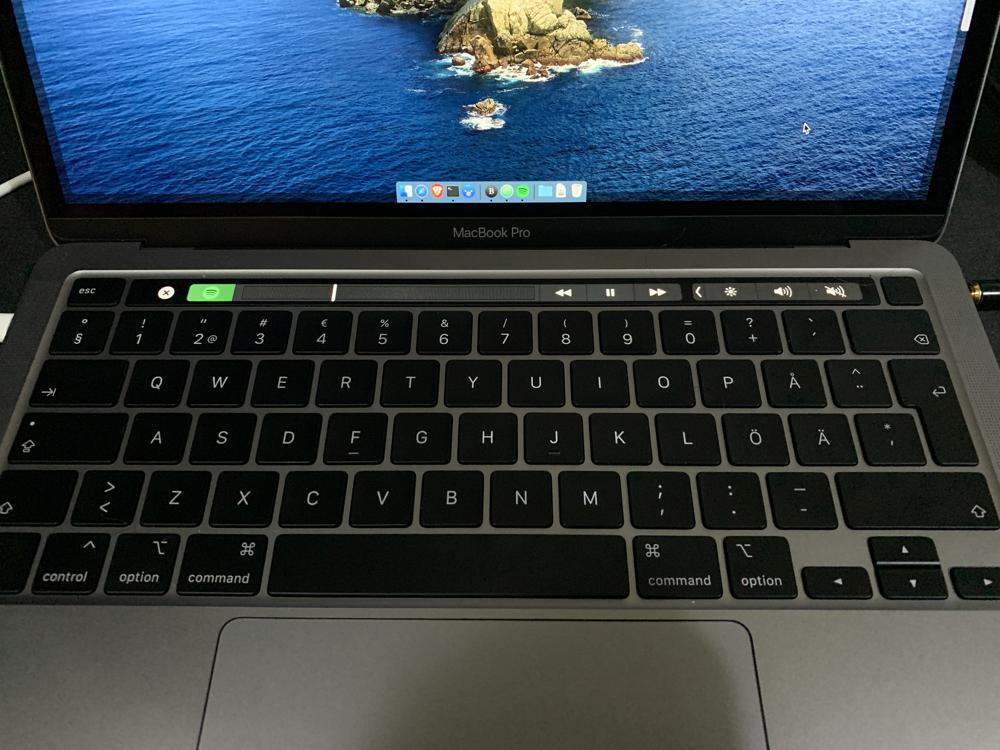 The touch bar is interesting too. I never used one before. I kinda like it, but I have accidentally pressed on it when typing. I'm hoping I'll eventually get used to not doing that. Very many times my sound just disappears and I discover I accidentally hit the mute button.

You might think: "Wow! you used the same Macbook for 10 years?"

I basically needed a real Mac for some reason. I think it was to create a USB for a Hackintosh project. So I just went on eBay and got the cheapest, working one I could find.

And yeah, it works, but it's pretty rough.

First off, one of the RAM slots are dead, so I can only put 4 GB of RAM in it, as it seems to be hard to find 8 GB laptop DDR3 sticks. This has been the hardest part about using this machine because 4 GB of RAM is too little. I can do with 8 GB, but 4 GB is just not enough.

Secondly, it runs really hot, all the time, and the fans stay on all the time. I've even replaced the thermal paste in it but it didn't help much.

Thirdly, this computer no longer gets updates! But thankfully I can run Catalina on it unofficially (through use of dosdude1's Catalina Patcher. This actually works surprisingly well, apart from some minor graphical issues sometimes.

And finally, it's just slow. So ungodly slow. If you use multiple browser tabs the computer just hogs. Watching YouTube in HD makes the fans scream.

But I stuck with this computer for the last couple of years because I just kinda liked the fact that it was 10 years old. It wasn't completely unusable since I put a SSD in it.

But finally one night, I needed to do something quick on it, and it wasn't quick enough so I decided to order a new machine the next day.

So let's get to why you're here.

Here are the specs of the machines:

Here's a table with all the results:

While these differences might seem incredible, keep in mind we're comparing 10 years of technology. This i5-8257U in my new Macbook Pro is not that good in the big picture. Just as a comparison the Ryzen 3900X in my desktop PC gets around 12000 points in Geekbench 5 Multi Core, which is 223% better than this i5-8257U. It's kind of an unfair comparison though as this is a low power laptop CPU, while my desktop is a high power... desktop CPU.

Maybe more fair would be to compare it to some other laptops and maybe even mobile devices:

Well, atleast my new laptop is faster than the current fastest Android phone... that's always something I guess.

Intel CPUs aren't that exciting anymore as you can see, and that's why I'm excited for an AMD or ARM powered Macbook Pro. And I hope to use this laptop until then.