Should you watch Seinfeld in the original aspect ratio (4:3) or the newer widescreen (16:9) format? That is a hard question.

On one hand, the 4:3 aspect ratio is the way the show was originally intended to be shown, on a square CRT "tube" TV.

On the other, 4:3 looks kind of dated on a modern widescreen TV and the resolution and quality is not great for modern standards, as the highest quality source we have are the DVD's, which tops out at around 480p resolution.

But the 16:9 versions you can find on streaming services are fresh scans of the original negatives in HD 1080p resolution and the bitrate is much higher. They look fantastic.

So why even consider the 4:3 versions?

Well, to get a widescreen 16:9 frame from the original 4:3 frame a lot had to be cropped: 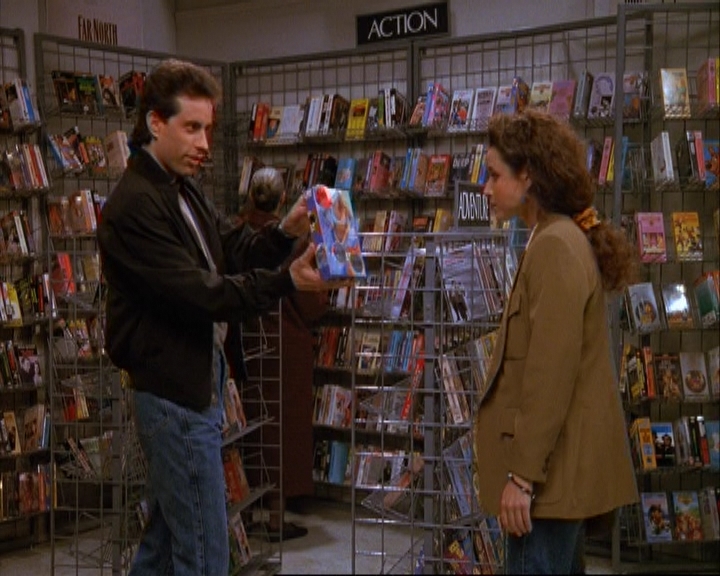 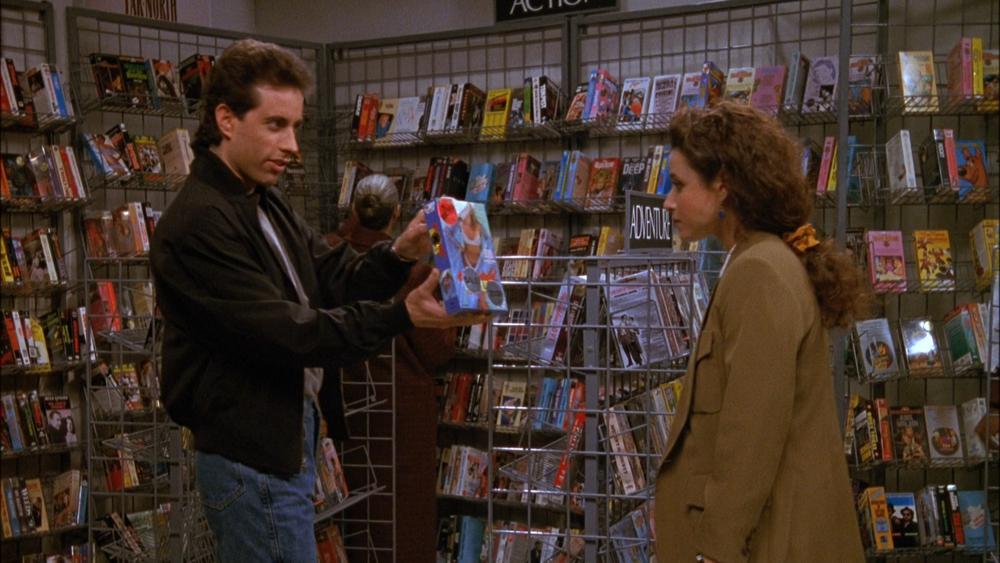 Or even better, both frames overlaid (courtesy of someone on Reddit, I lost the link, sorry): 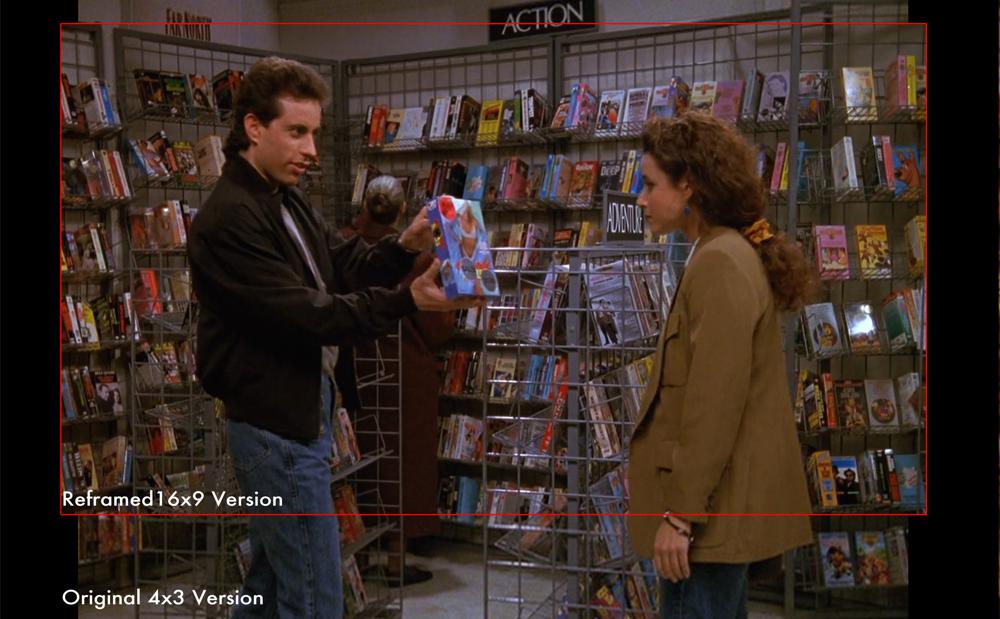 As you can see, a whole lot is lost from the top and bottom. Elaine's hand is gone in the widescreen frame for example.

We gain a little on the sides in some scenes, but it's very minor.

Let's go to The Statue: 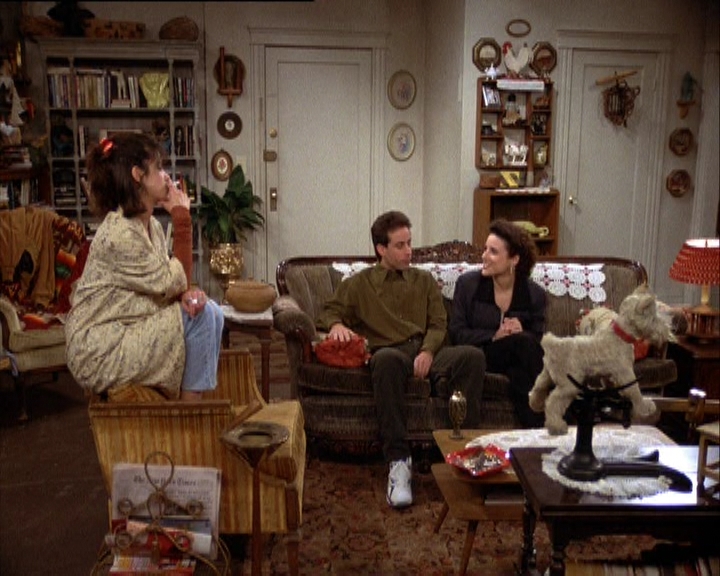 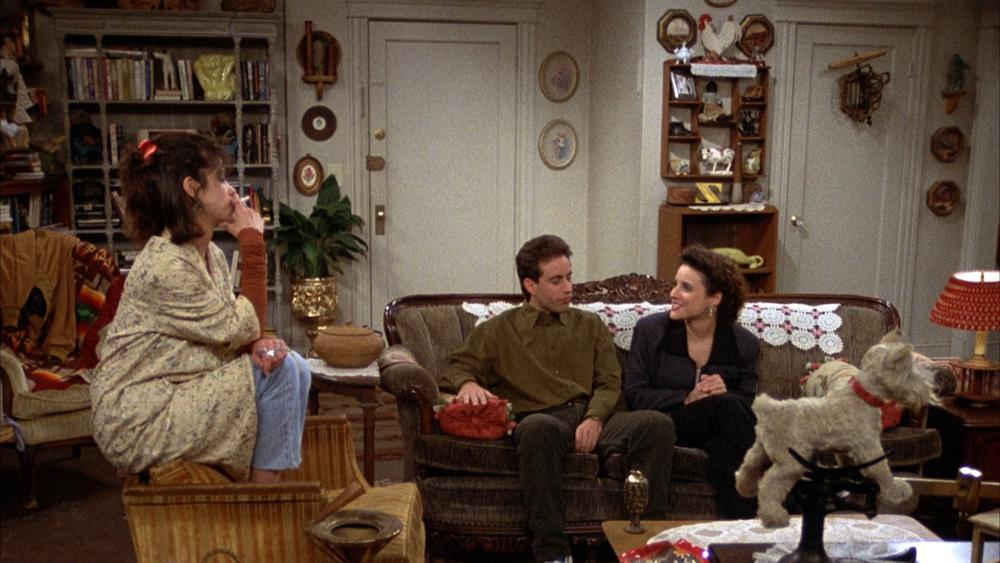 Almost all of the floor, the newspaper next to Rava and Jerry's shoe is gone in the widescreen version. Are they important to the story? No, but the room went from feeling fairly big and open to almost feeling claustrophobic.

Finally, one of my favorite shots: 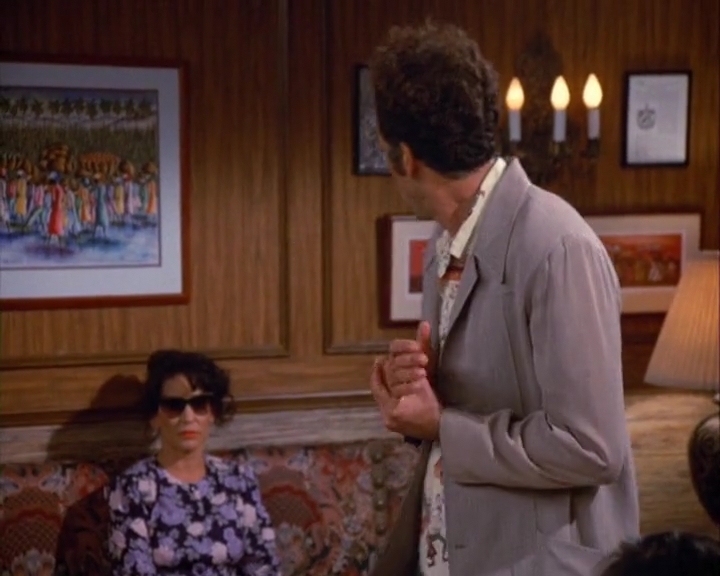 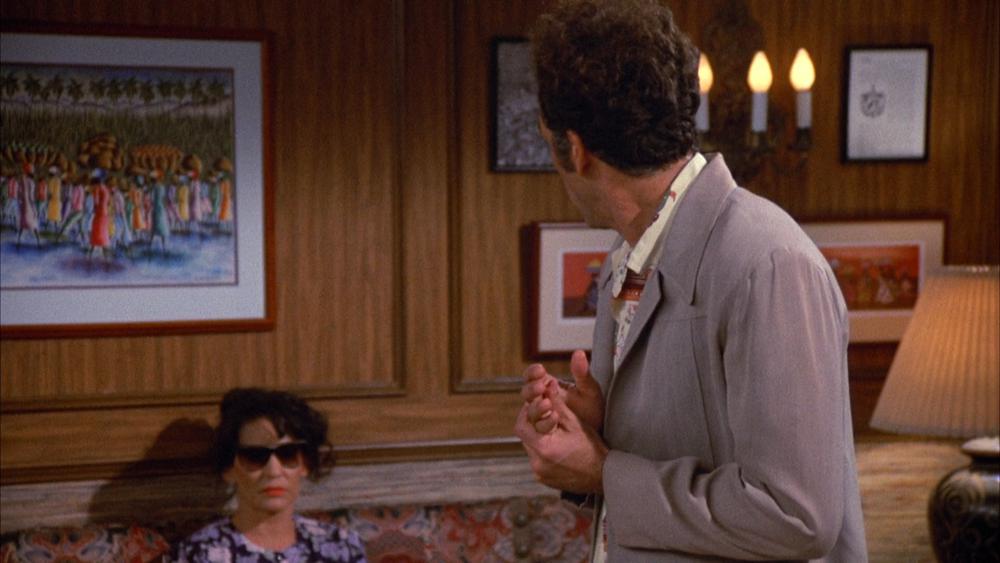 Her shoulders barely made it, and the top of Kramer's hair is cut off. Kramer's double take is very funny in both versions, but you feel very close to Kramer in the widescreen version.

I think we can objectively say that the original aspect ratio is the way to go if you're looking for authenticity and seeing the most content.

But the quality is much lower and it looks dated on a widescreen display.

Personally, I watch both!

If you wan't a recommendation from me, I really can't give you one. If you're looking for authenticity and nostalgia, then go for the 4:3 versions. If you just want to watch Seinfeld right now, why not go for the 16:9 version and enjoy the higher quality?

Widescreen versions of Seinfeld are not missing scenes that were in the DVD versions (unlike Friends, more on that below) so story wise it really doesn't matter what version you watch.

Bonus: What About Other Shows?

One of the few mistakes I have submitted to Moviemistakes.com is when a camera is visible in widescreen version: 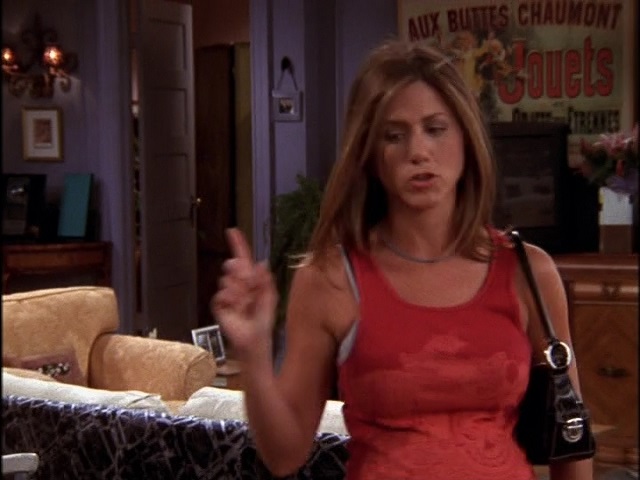 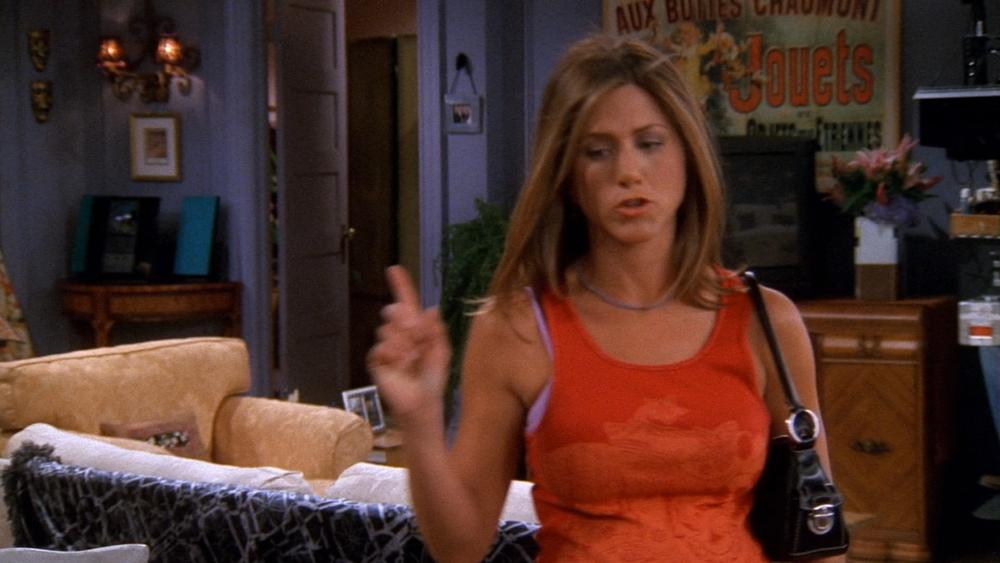 But apart from that, you can see that not much is cropped from the top and bottom. There is a little empty space under her elbow in the bottom, and you can see the top of the wall decoration in the 4:3 version. But it is not as bad as in Seinfeld. And compared to Seinfeld, there is a ton more content on the left and right sides (for worse in this case.)

I was wondering if maybe the case is different for the first seasons, but it doesn't seem like it. Here is the very first episode: 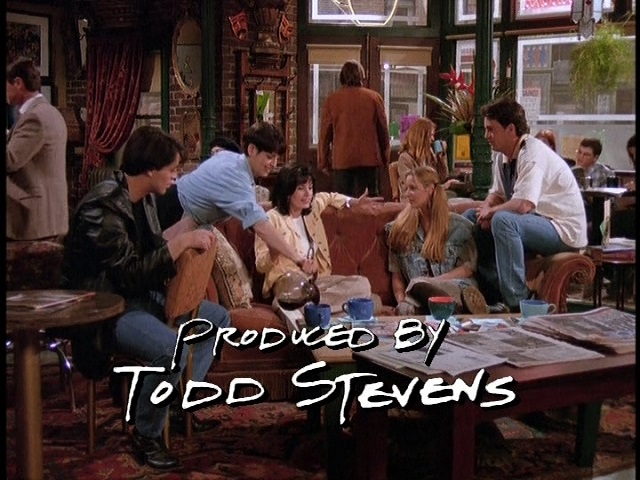 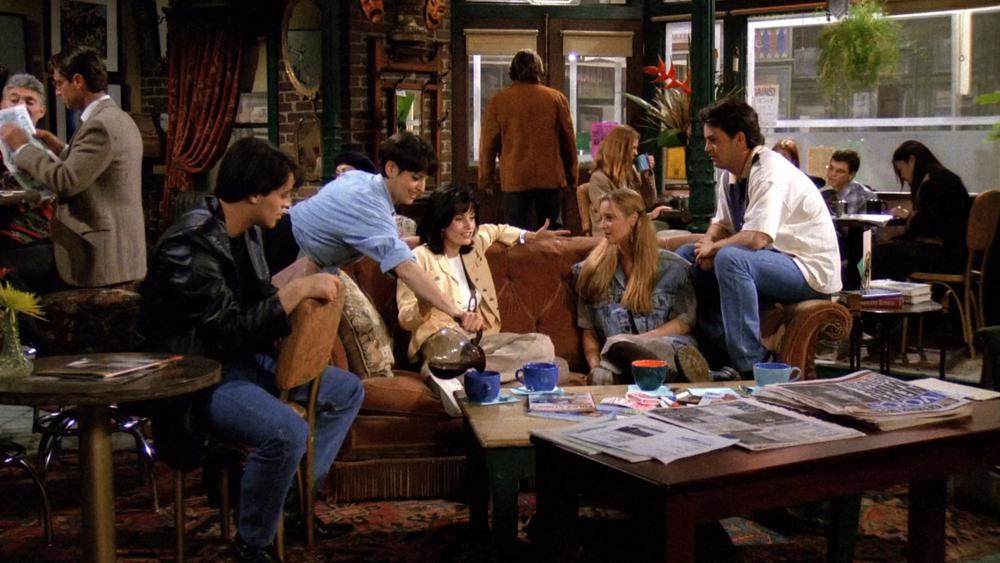 Again, there is some empty space under Joey's shoe in the 4:3 version, but in the 16:9 version you can see the guy reading the news paper on the left and the girl studying to the right. So the widescreen version has way more content on screen.

So for Friends, I think you can watch the widescreen versions without worrying about missing out on the top and bottom.

Unfortunately, there is a big caveat to Friends which is that the DVD versions are extended and have a lot of extra lines, scenes and even an entire plot that are completely gone from the Blu-Ray/widescreen versions (which are based on the original broadcast versions). Because of that, you can't win.

Either you'll watch the DVD versions which are really bad quality, but get more story content, or you watch the widescreen versions which look a lot better and you can see more to the sides, but maybe one of your favorite one-liners is missing.

This is the last show I can think of that I have both standard and widescreen versions for, so I can compare: 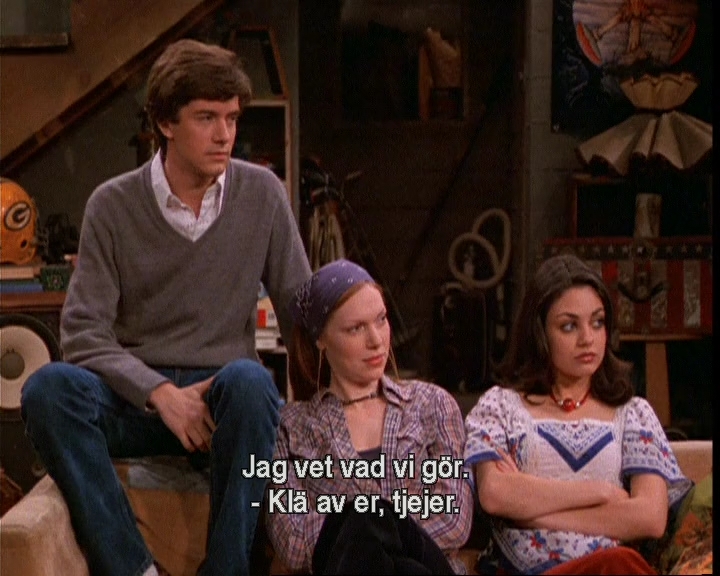 Sorry, my encodes for the DVD versions have the subtitle burned in, can't remove it. 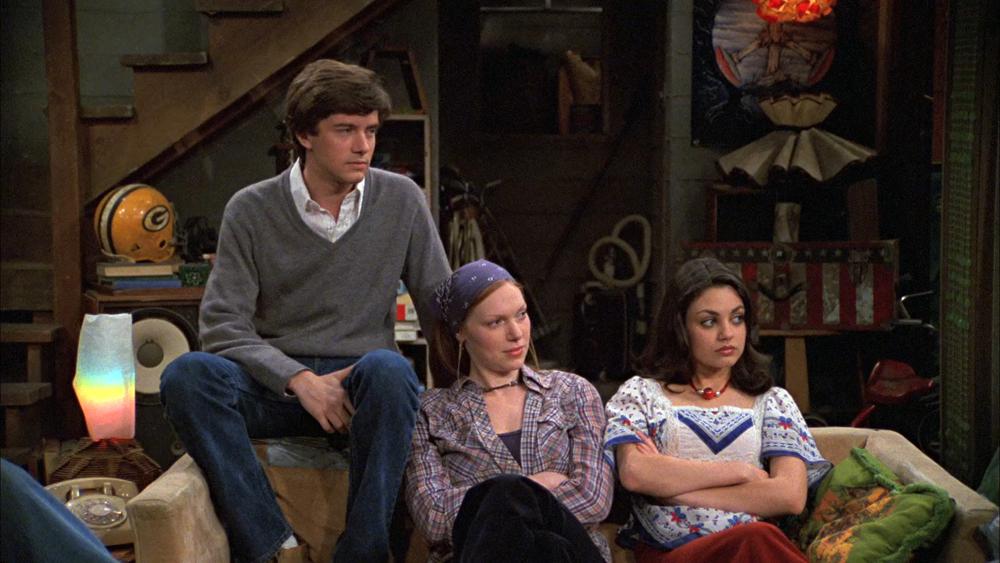 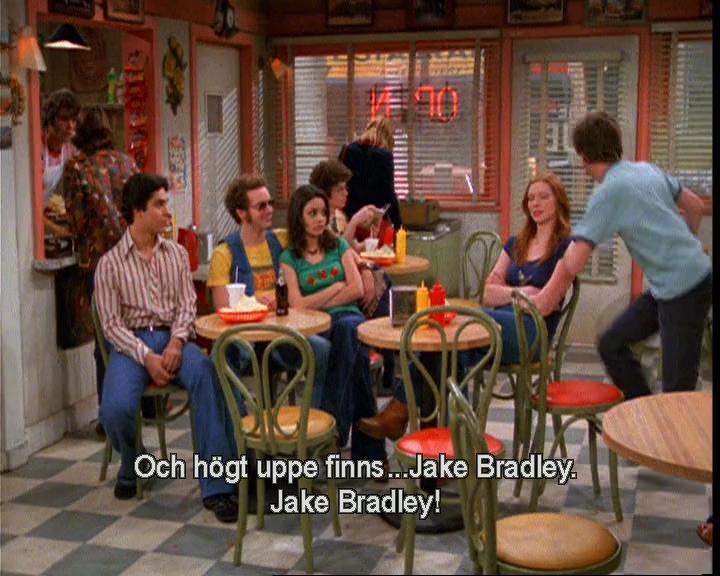 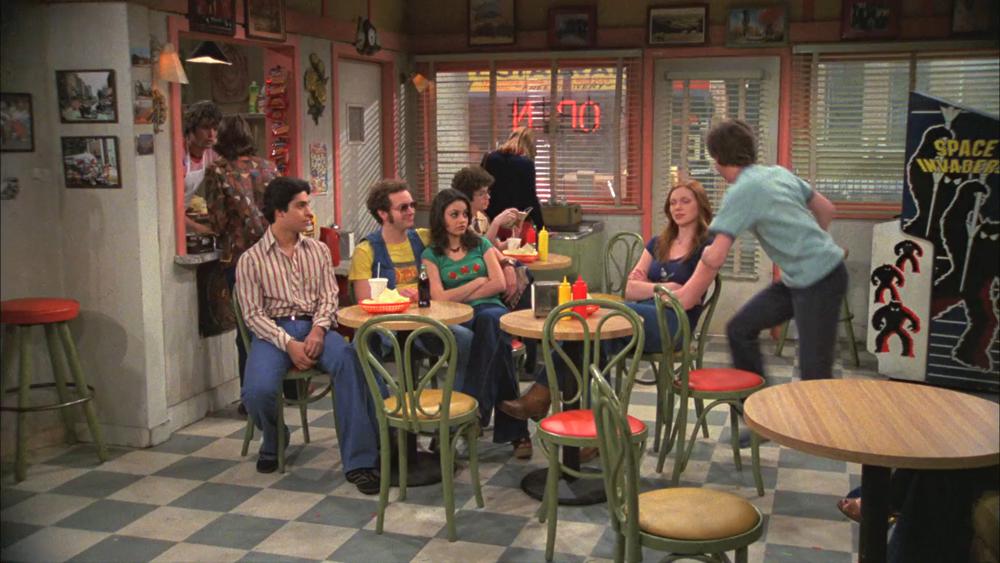 There is one scene I remember that looks a bit weird in the widescreen version though, and it's the very first episode where Eric is talking about the car. Donna appears a bit earlier in frame than she should.

They also forgot to animate the Aerosmith faces in the Tornado Prom episode. It's pretty interesting:

But apart from that, I think the widescreen version is the clear winner. Unless you're a purist who wants to watch the show in the intended original aspect ratio, which I totally respect.