I was originally gonna do all 3 games in one post, but I'm gonna take a break from the series before I play the third game (because of other games releasing, such as the Yuffie episode for FF7R and the new Ratchet & Clank) so I figure I should post my thoughts on 1 + 2 before it's been too long since I've played them.

I've actually never touched these game when they were originally released, so playing these games now is a brand new experience for me, and I've only heard good things so my expectations are pretty high.

Was pretty hard to get into but once I learned how to read the journal and look at the map I could get by and it was a breeze. In fact, I ended up quite liking it. The dialog choices were fun, great characters, music is good, looked nice, good gunplay... Most of the complaints I have stem from it being an old game but not quite old enough that I can look past it. Had I played it around the time it was new I probably would've thought it was amazing. 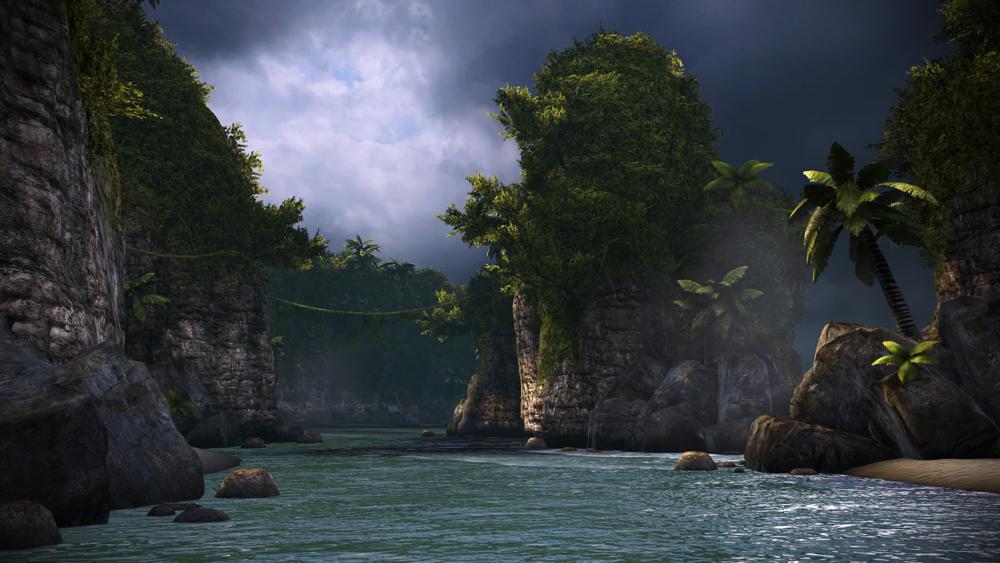 This is definitively a game deserving a replay eventually. I know it's popular with the series, and I can see why. There are so many things I'd like to try and do differently... and do side quests of course.

Really didn't like the game at first because it was so dark and depressing and moody and all the menu systems were different, but eventually I got into it, and when I did I got really into it and really enjoyed it.

A really solid game that I want to replay in the future for sure, to make different choices. There were so many times I was wondering "hmm, what would've happened if I had done that?"

Not really sure what I specifically liked. I guess I just liked all the squadmates (except Jacob, zzzzz) and their backstories. I think my favorite was Samara's and her loyalty quest. Jack was good too. Miranda is one of the oddest characters I've encountered in any video game, but I ended up liking her too. Tali, Kasumi, Grunt were nice too. I like everyone! ... except Jacob.

The menu systems were really weird though. Like the way you dealt with upgrades and picked weapon loadouts and armor. I think they were trying to make it as simple as possible so you wouldn't have to think about it, but I was just more confused by it. I was never really sure what weapon was the most powerful so I just picked the one at the bottom of each category, seems to have worked out.

Overall, I really liked the game and I was kind of sad when it was over because coming back to the ship felt like "coming home", and I'm gonna miss that.

Since I enjoyed ME2 so much, I also ended up taking more photos: 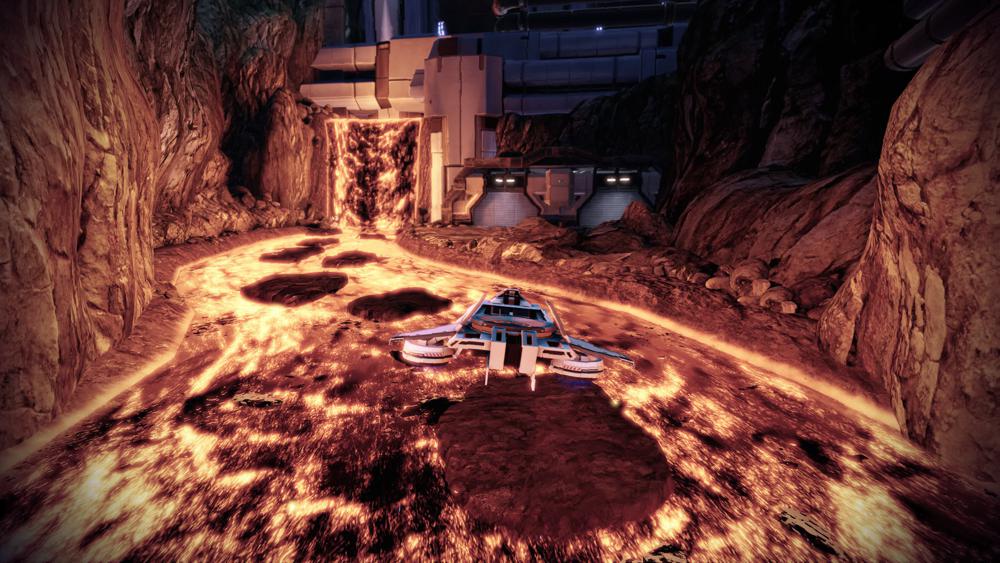 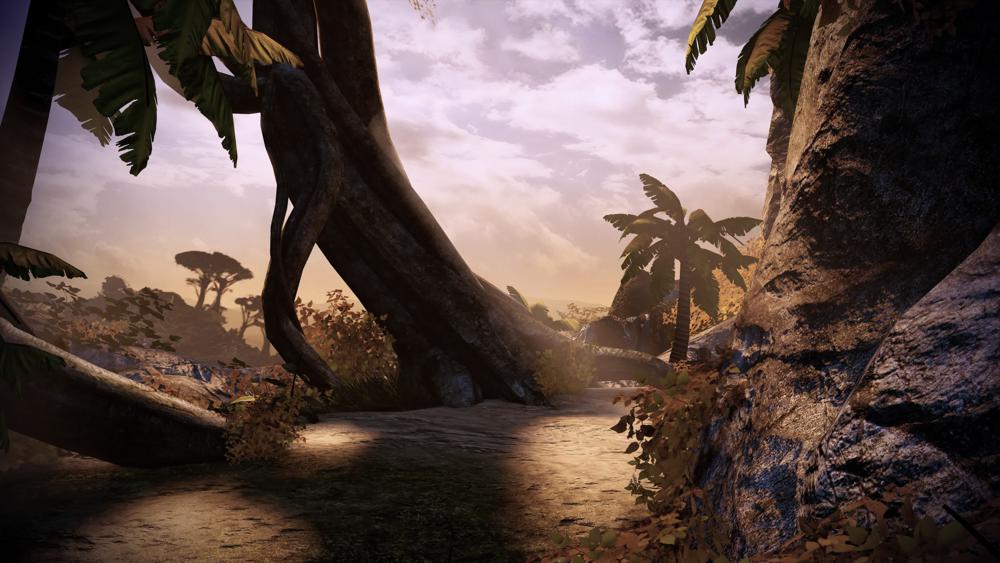 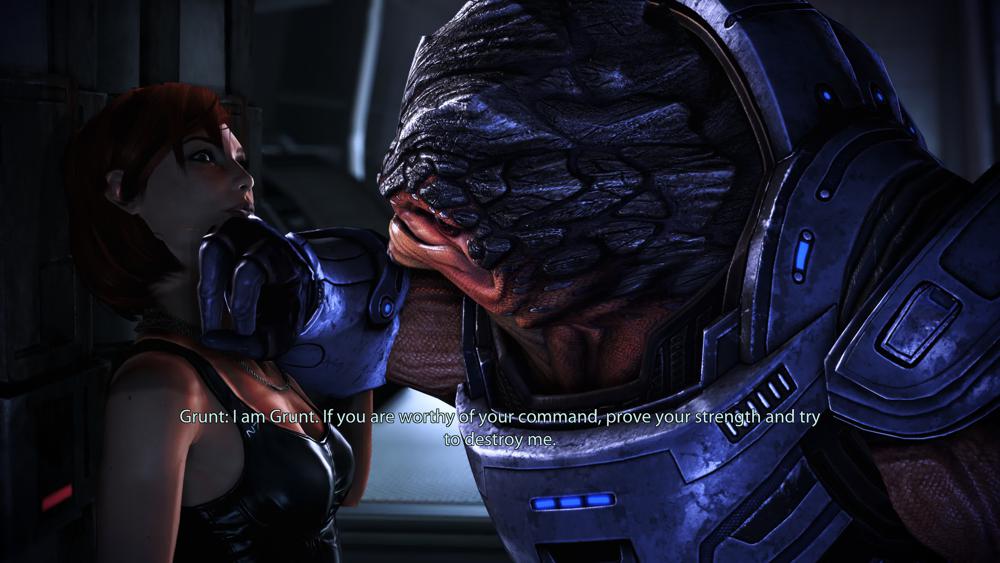 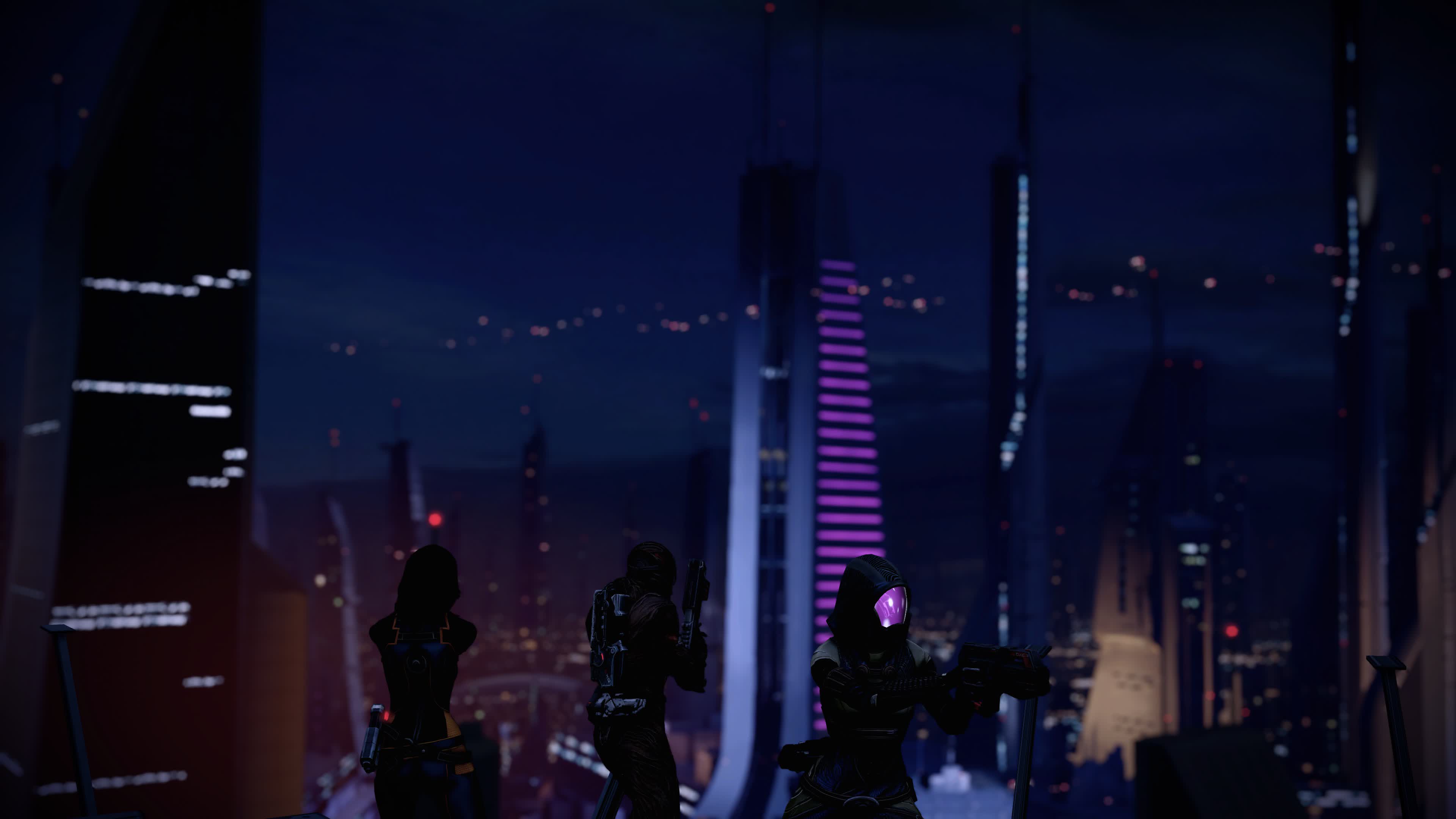 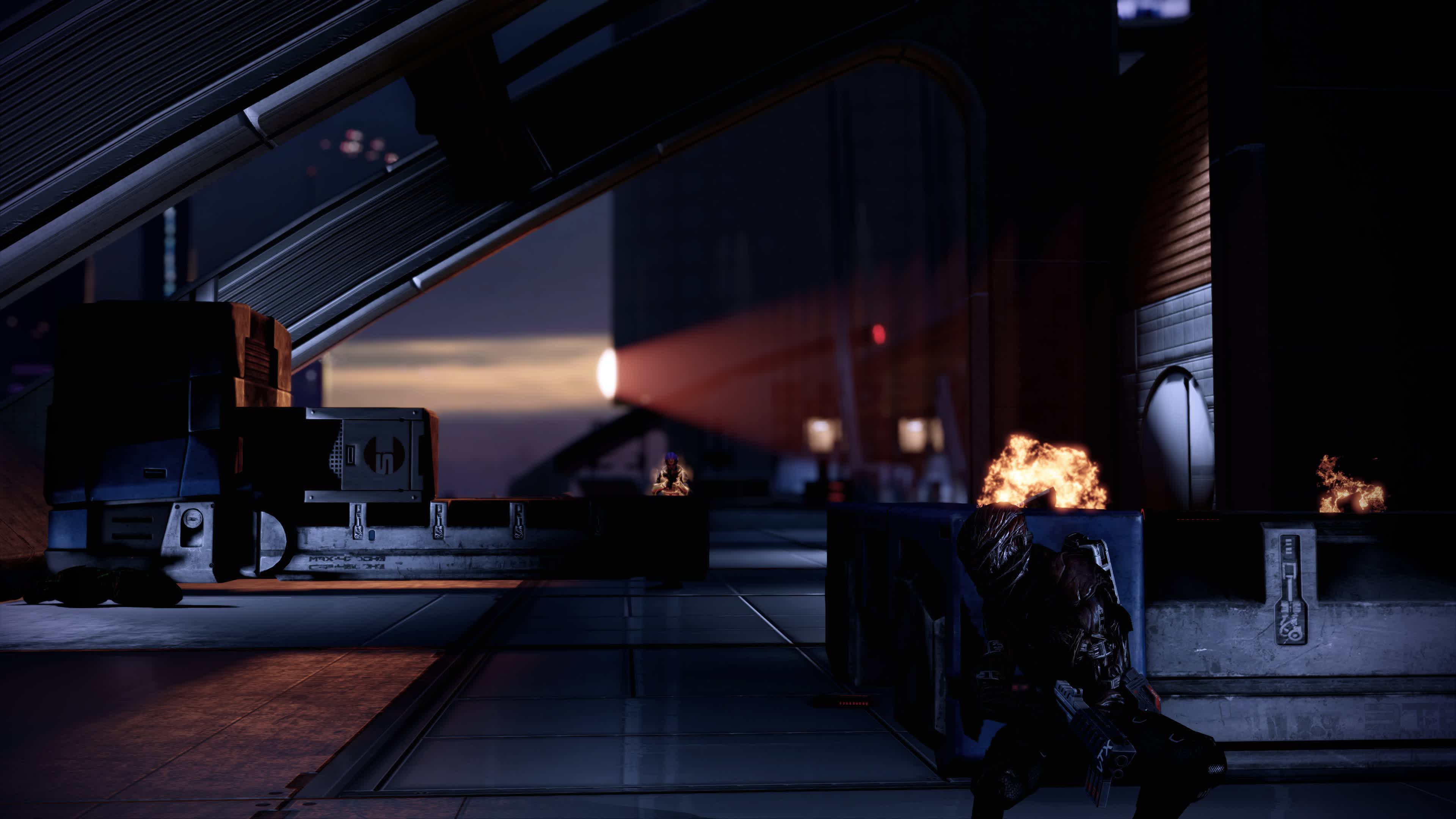 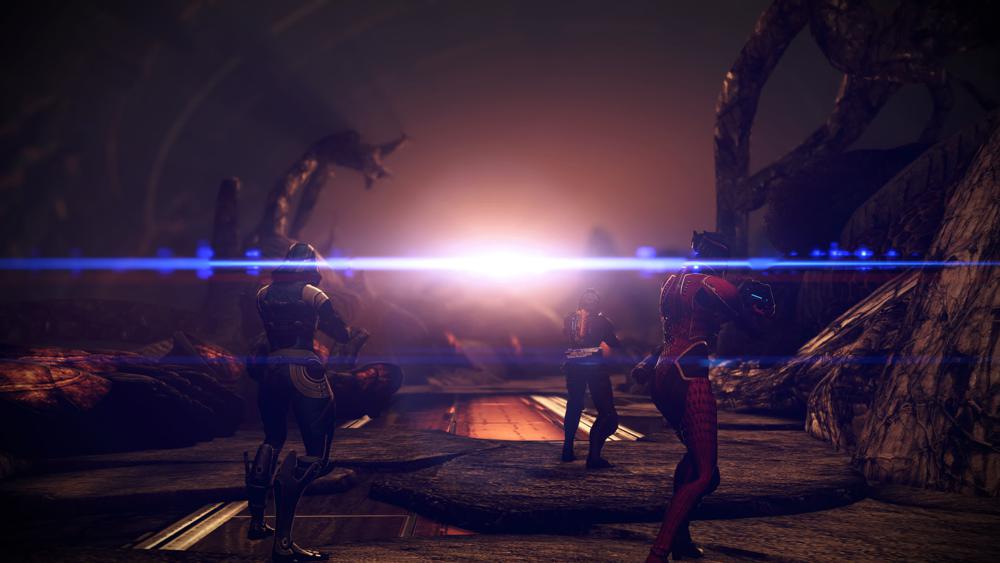 The sun was extremely bright on my OLED HDR TV. Really cool, except that it felt like I was burning my eyes. 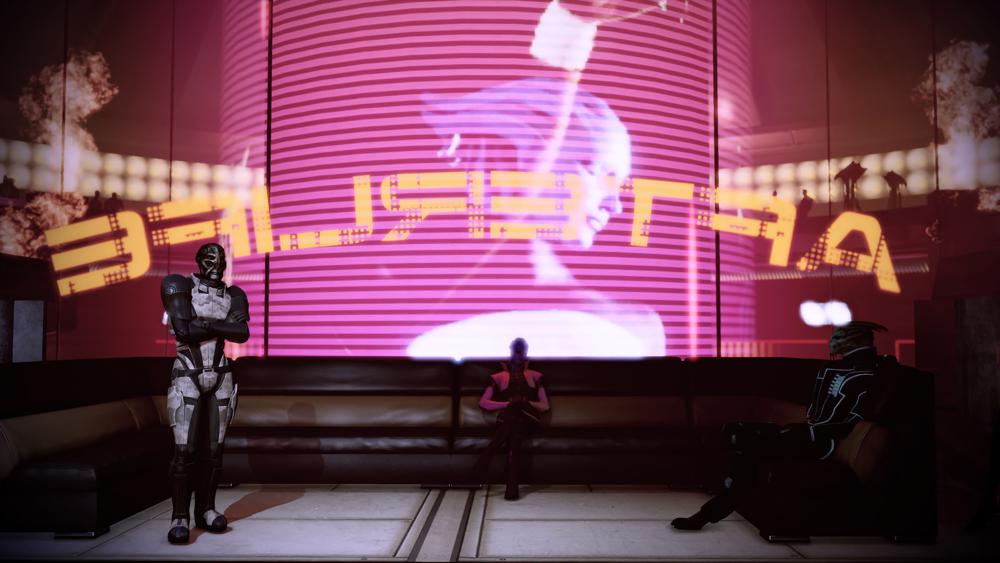