Leading up to the PS5 launch, this was the game I was most excited for. But I held off on getting it, waiting for it to get a little bit of a price drop. Eventually, all that went out the window when I got Returnal, a game I don't really like that much, for the full price... so I figured I should get the game I actually want. It was like half price.

Anyway anyway, we're not here to talk how expensive PS5 games are. We are here to talk what I thought about Miles Morales and uhh, ehh... It was good. Not great, not terrible. More on the positive side. 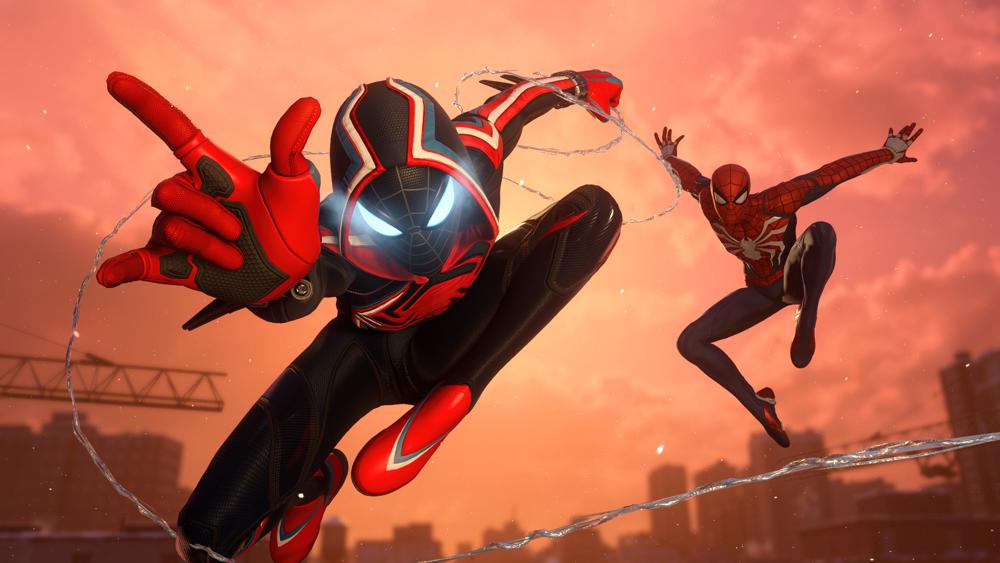 I didn't really care for the story. It was so destructive and overblown and wanted to play with your emotions like "oh no these are high school sweethearts and now they hate each other :/" and I just didn't get into it. I did like the characters though, if that makes any sense.

Miles' voice is a bit desperate but apart from that I kinda liked him. Phin was cool. Ganke was... exactly the kind of guy I hate portrayed in media. Rio was sweet. The FEAST volunteers were nice. Thought it was cool to see that girl who didn't speak.

The music is good, it's like dramatic superhero music with a tad of hip hop thrown in, pretty nice mix.

The graphics are good as long as you don't look into it to close. Playing it in 60 FPS is way better than 30. I tried going between the Performance RT and Fidelity modes, and while Fidelity did look really nice and sharp, it was unplayable after being so used to the 60 FPS of the Performance RT mode.

The game ran pretty solidly. The last battle had a lot of framedrops but apart from that it felt pretty smooth. I had some Cyberpunk moments, but not many: 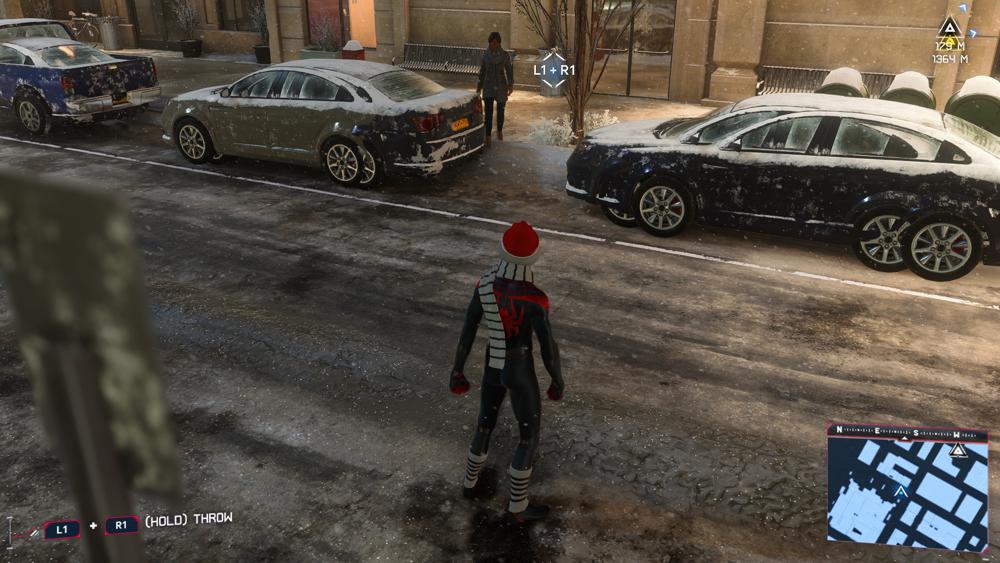 Apart from that, I also had some gameplay frustrations. I just really hate doing stealth in a game where its fun to go fast, so when I was forced to stealth and take it slowly I hated it. Eventually got kinda into it though admittedly, towards the end I was doing a lot of stealth.

But yeah. Overall, would recommend probably. I played it for like 10 hours straight so I cannot complain really. If you liked the first game, you'll like this one too. Swinging through NYC is just so neat.