Wasn't even really planning on getting Super Mario 3D World + Bowser's Fury for the Switch but when I heard Bowser's Fury was like a complete open-world Mario game, I got excited and so I got it. 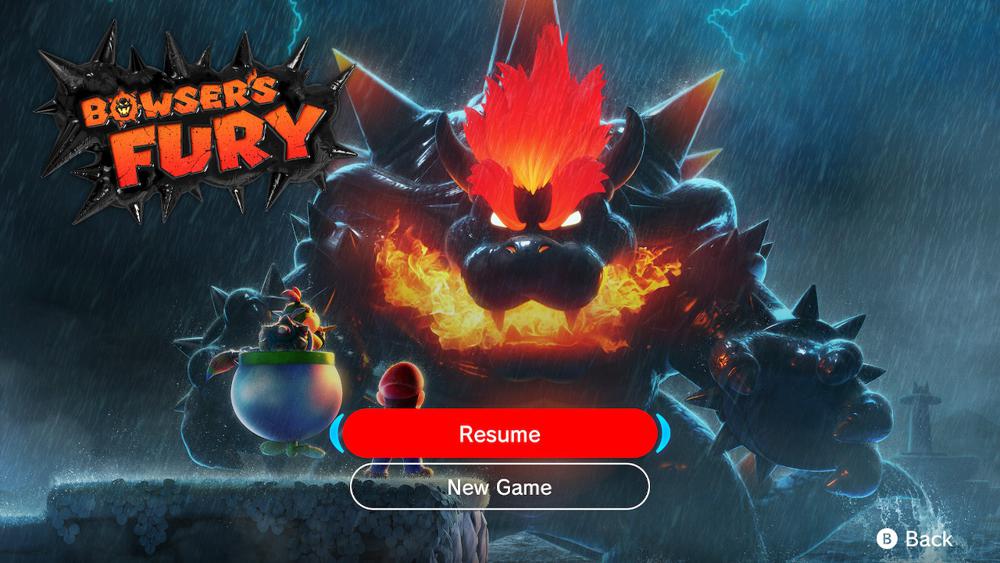 And yeah, it's a kind of open-world Mario game. It's fine. Nothing amazing, nothing terrible, it's good, like all Mario games.

Visuals are OK, but not great. Y'know they're shiny and colorful Mario graphics, but the age of the Switch is starting to show. Very frequently you notice how the resolution drops a ton, especially around Mario because this kind of shimmering effect appears around him: 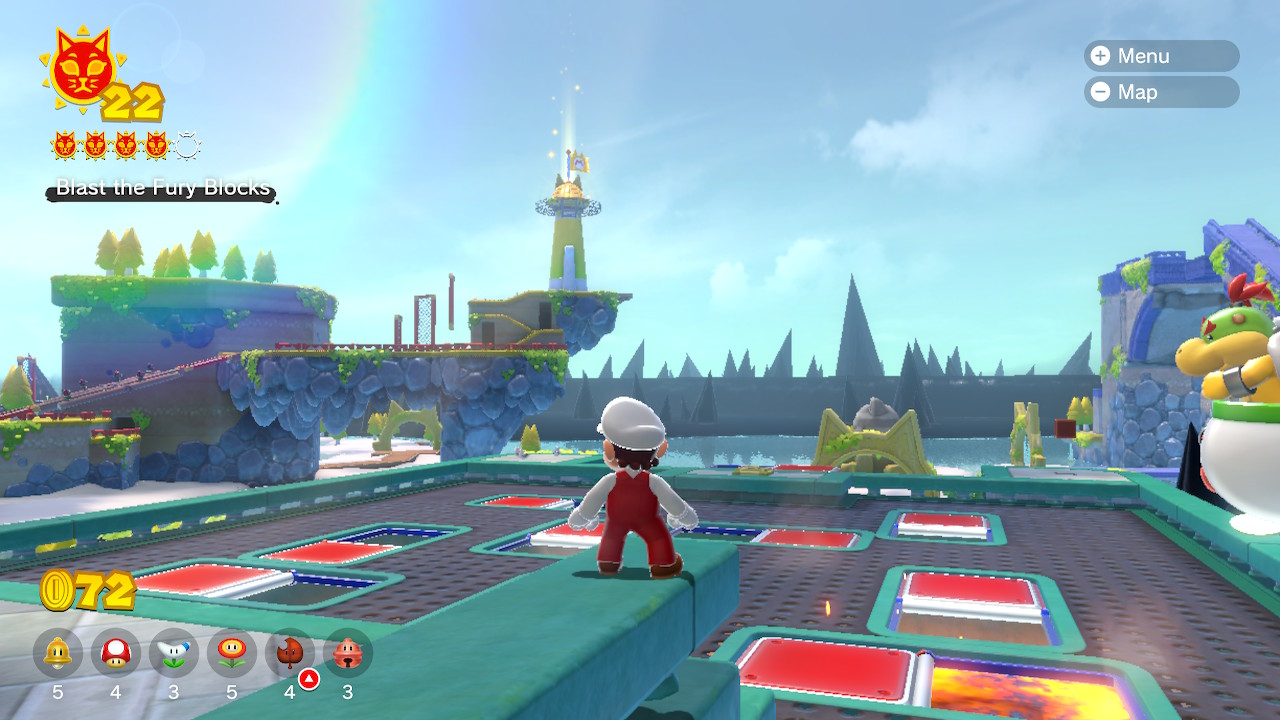 If you then go into photo mode (which makes the game run at full resolution) you can see it's much smoother: 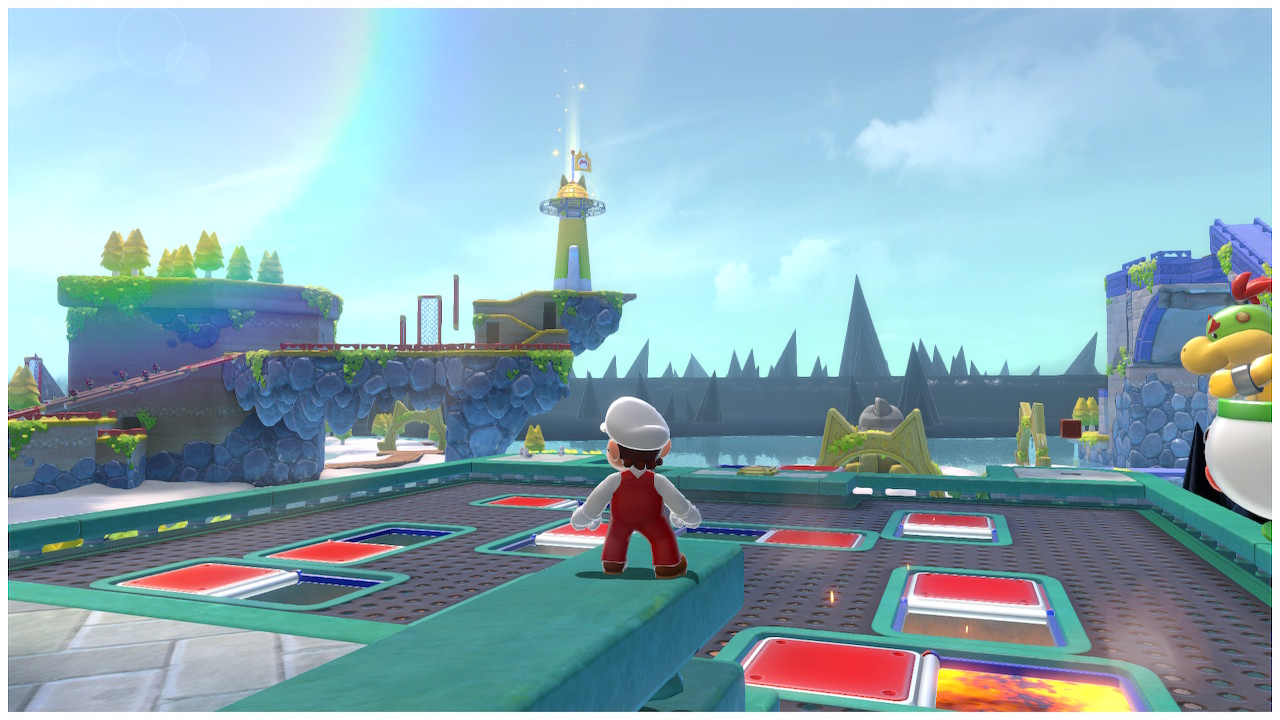 Apart from the resolution dipping hard sometimes, the framerate also does at times, especially during intense Bowser fights.

Of course, Nintendo games are never about pushing hardware to the limit and showing the best visuals, but Nintendo really is pushing the Switch here and its starting to show its age.

An upgraded Switch would be nice is all I'm saying.

Apart from that, I don't have that much to say. Open-worldiness is nice, because you don't have to go back and forth a hub. There's a slight quirk here though where you have to leave and come back to an island to "refresh" what stars are available. It's not really natural, but I'm not sure I can think of a better solution either. Once you unlock the Fast Travel option you can just teleport back to the same island instantly and refresh them that way.

The core gameplay gimmick of Bowser coming in and screwing up your day is kind of annoying though. At first I didn't mind it that much, it just felt kind of bizarre for a Mario game, but it was cool. But towards the end when it was more difficult and I was finishing up collecting the last stars it really got to me. This one instance I was transporting a cat a really far way and right at the end Bowser woke up and ruined the cat -- very annoying -- it reminded me of hating Majora's Mask as a kid because I never had enough time to finish the dungeons before the moon came crashing down.

I do like the darker atmosphere though. I'd like to see more of that in a Mario game. 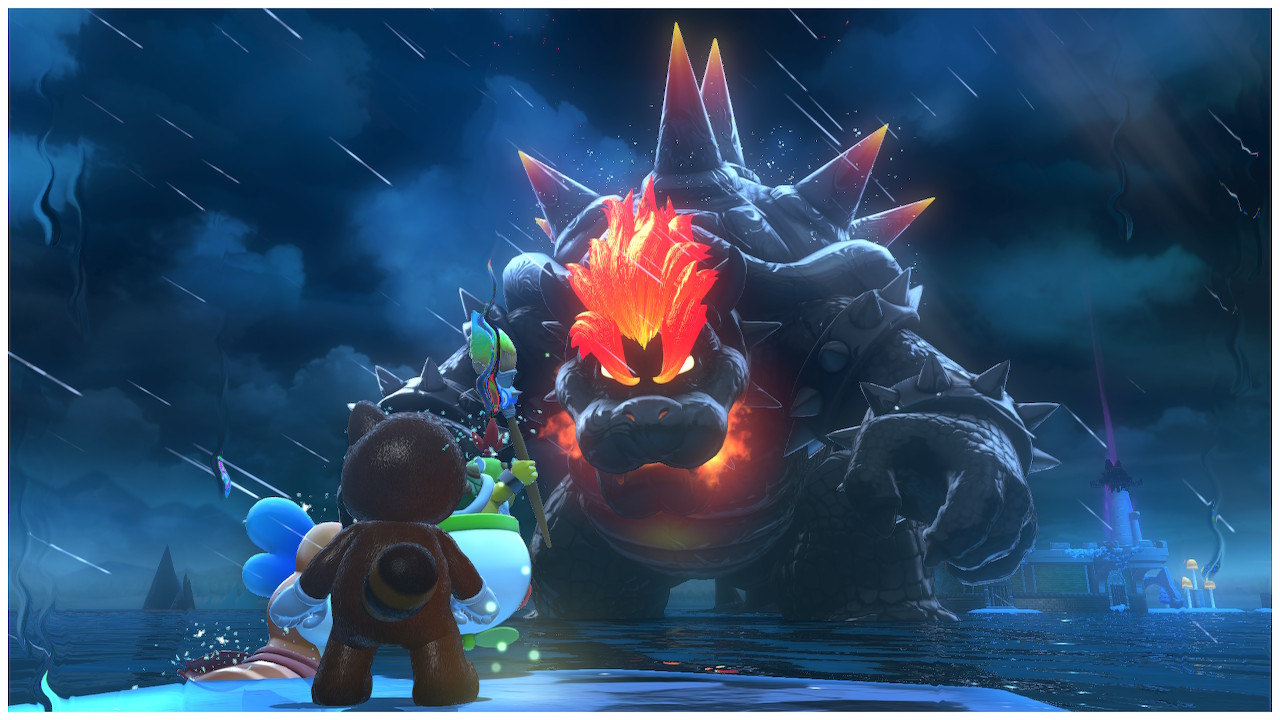 But yeah, it's a cool Mario game. I liked it. Would probably prefer if they released it separately from 3D World as maybe a $30 game, because it's not that long, but personally for me that's kinda good. Odyssey had way too much stuff to do that I was overwhelmed. This game had maybe just a tad too few stars though, even for me. Maybe 120 would've been better.

The game really feels like an experiment of taste of things to come. Maybe they are making a full-blown open-world Mario game but ran into the Switch's hardware constraints too much that so they released this as it is and are working on a bigger game for the upgraded Switch? Who knows... just a fun little theory I had.

But overall, yes I recommend it, and I am happy to have played it... just like all the other Mario games. 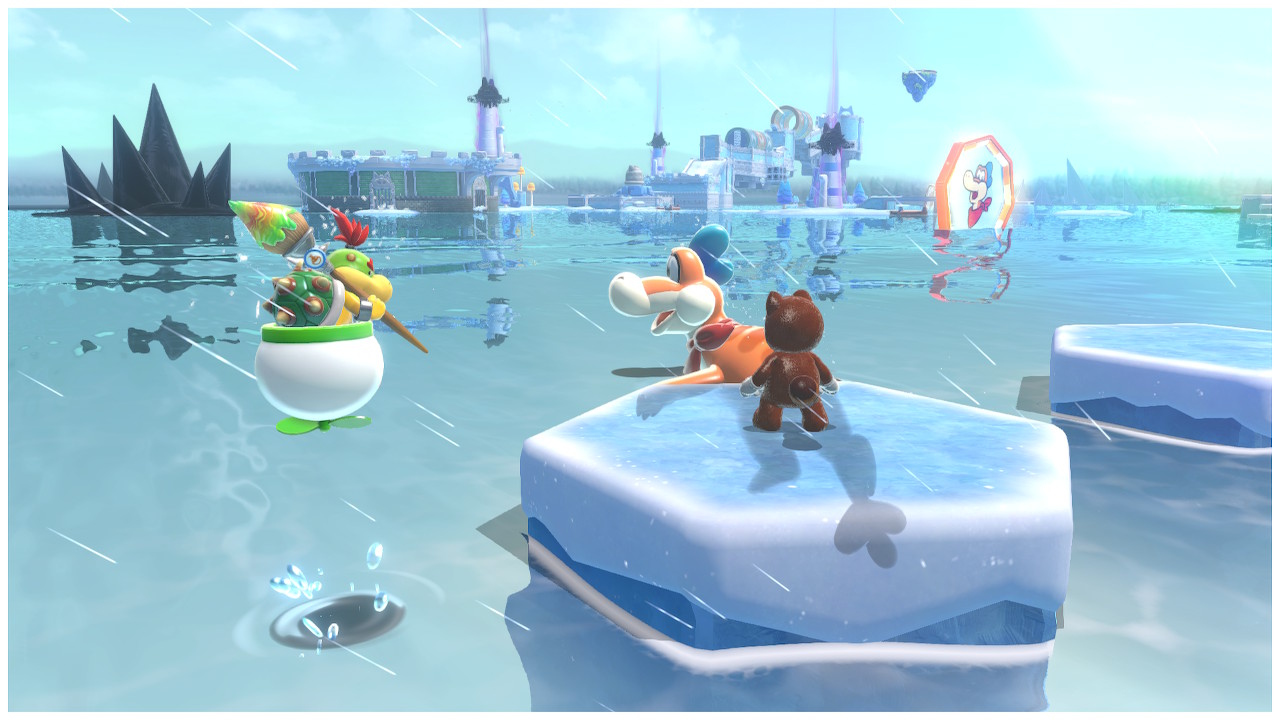 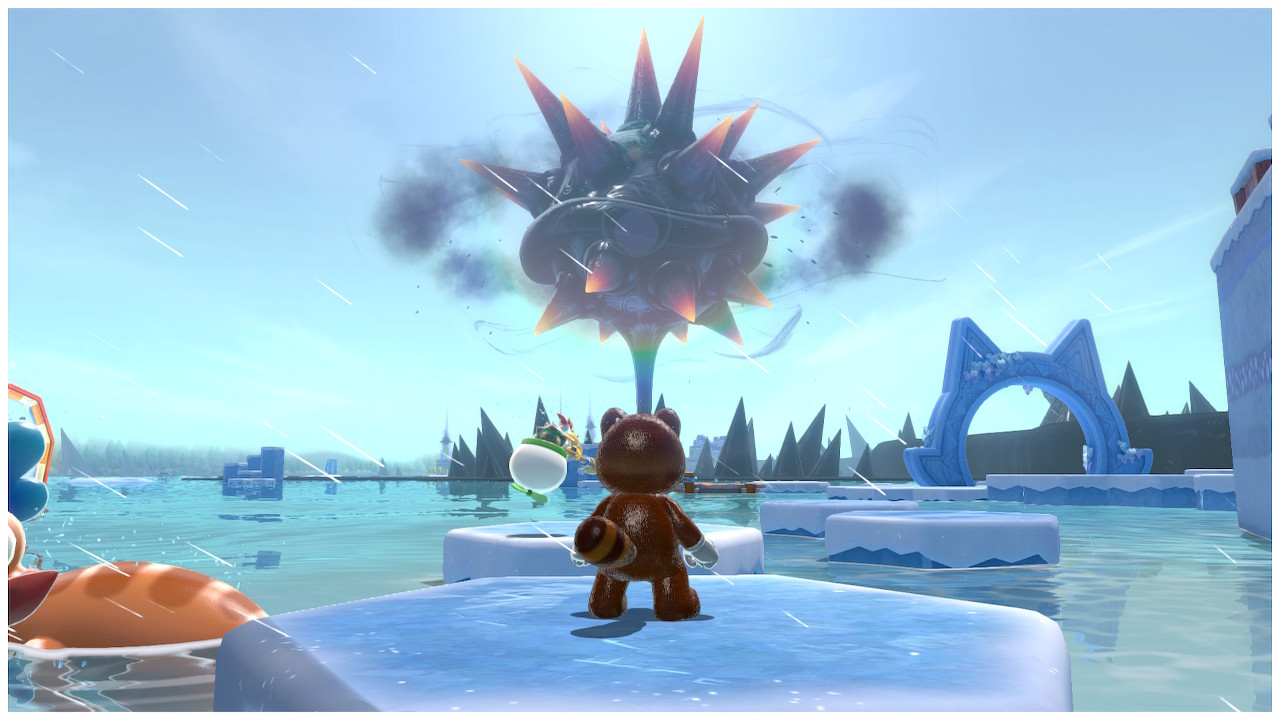 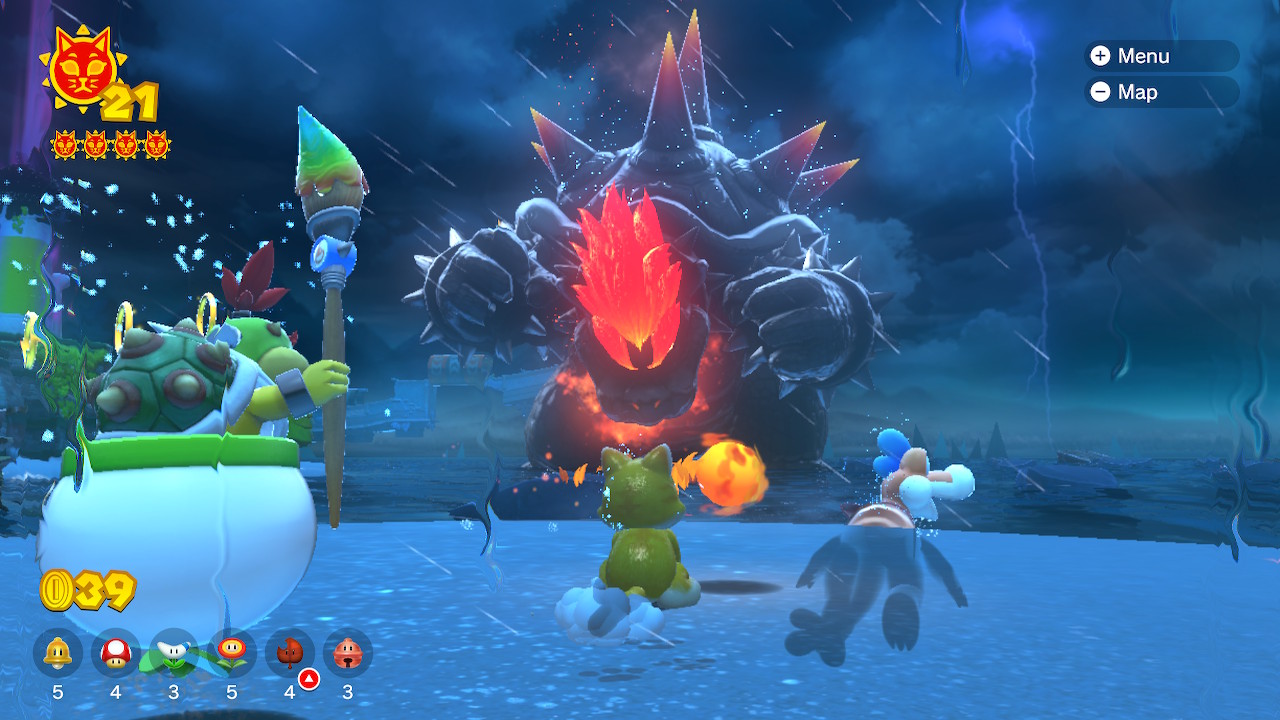 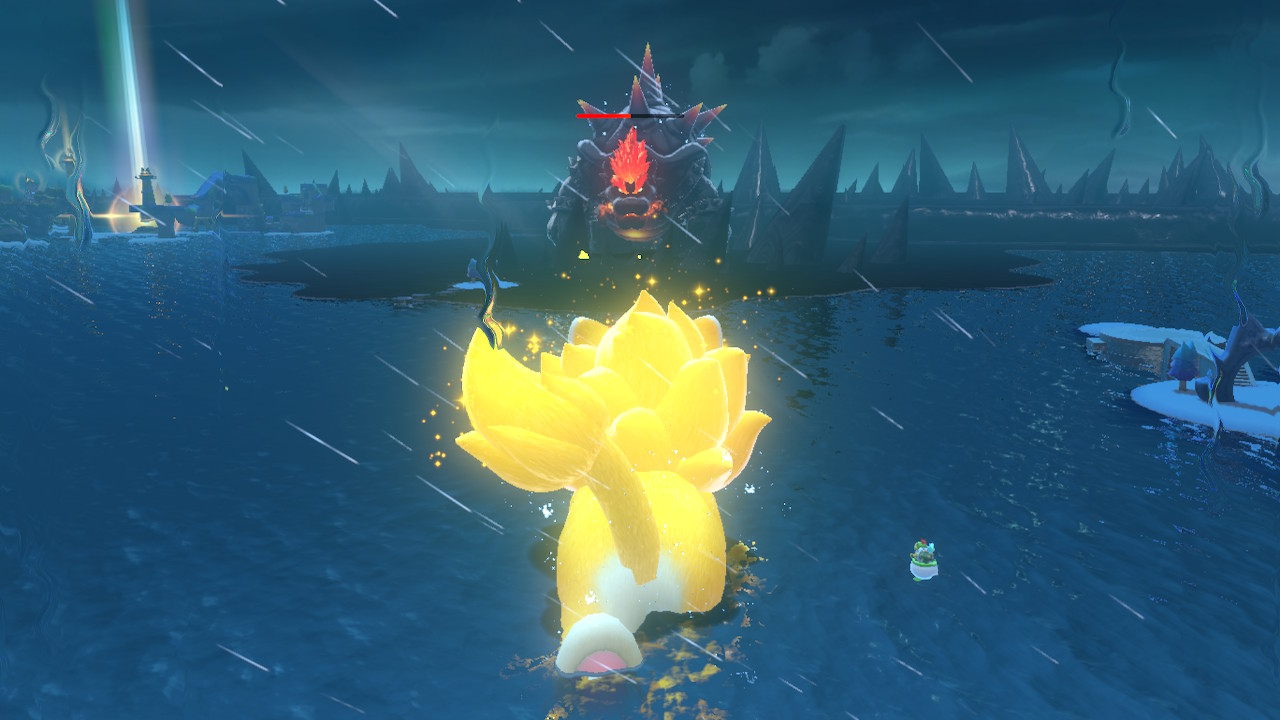 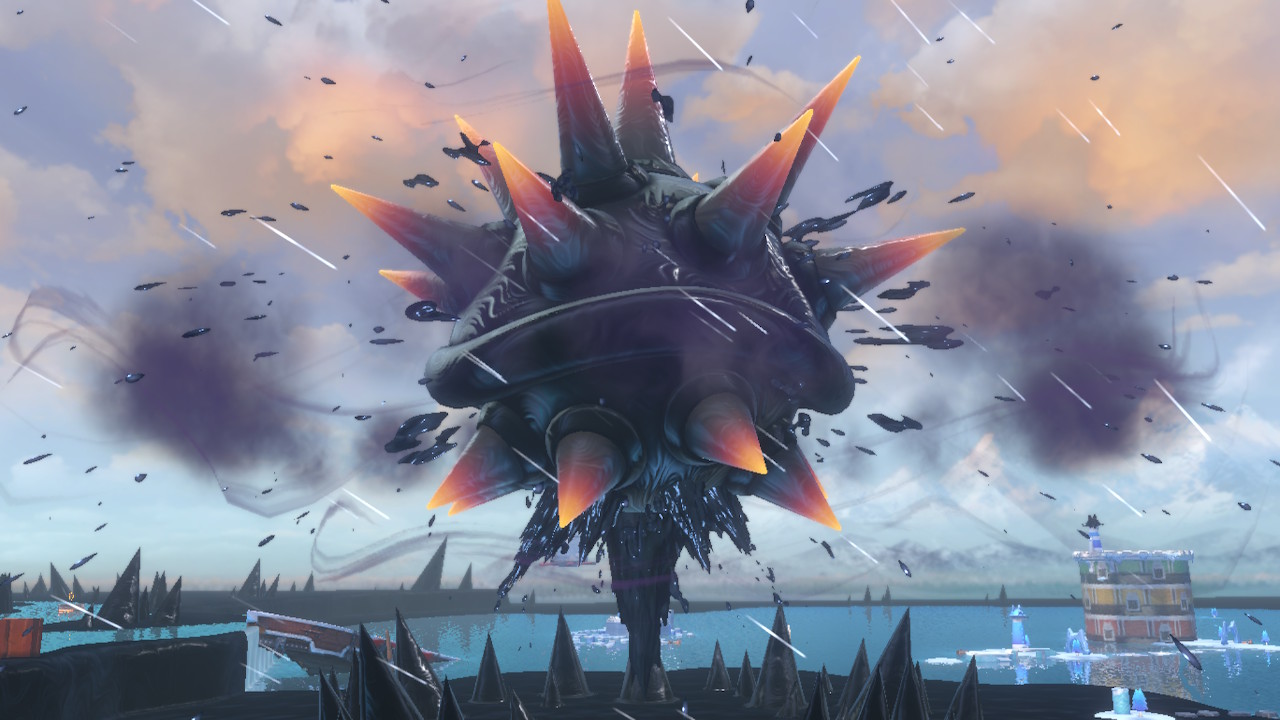 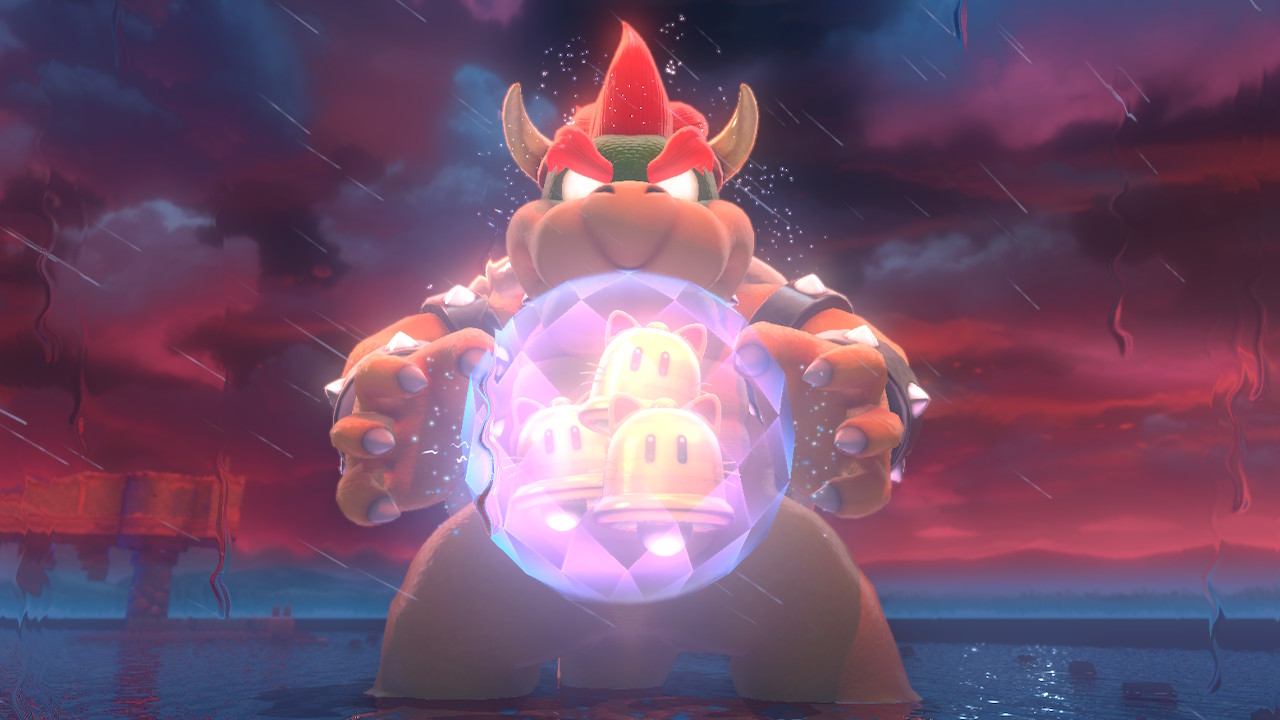 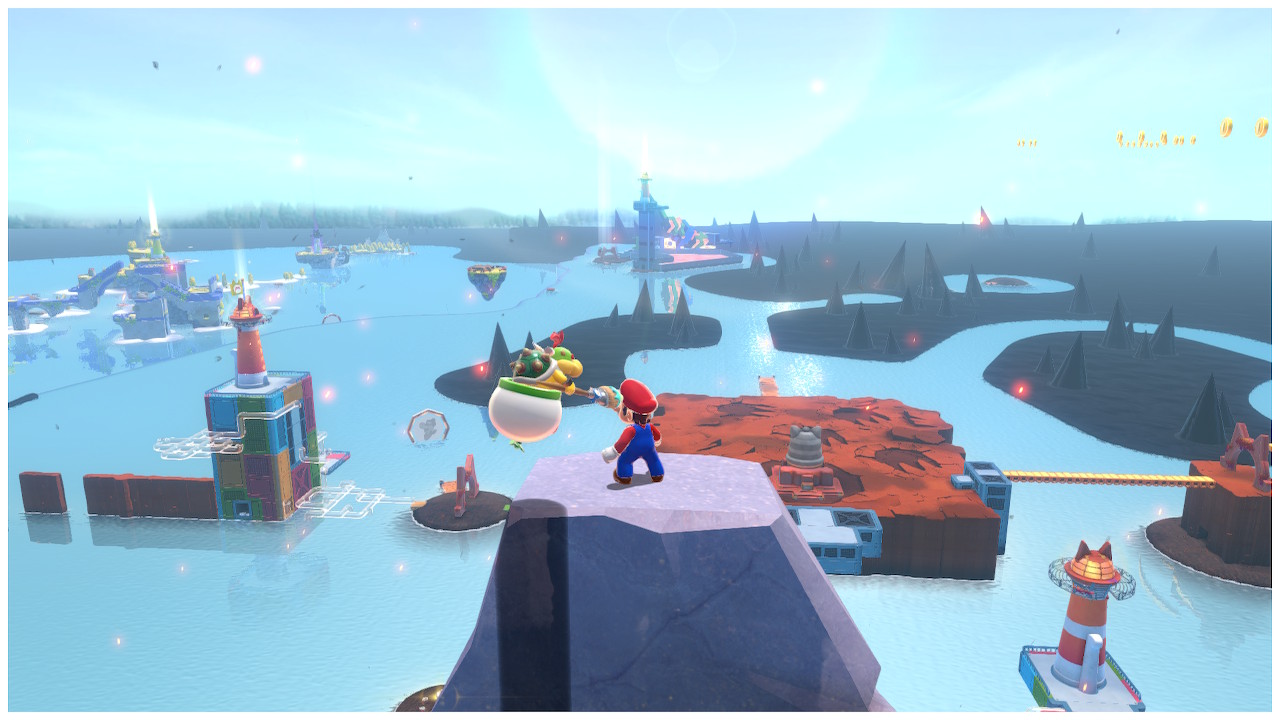 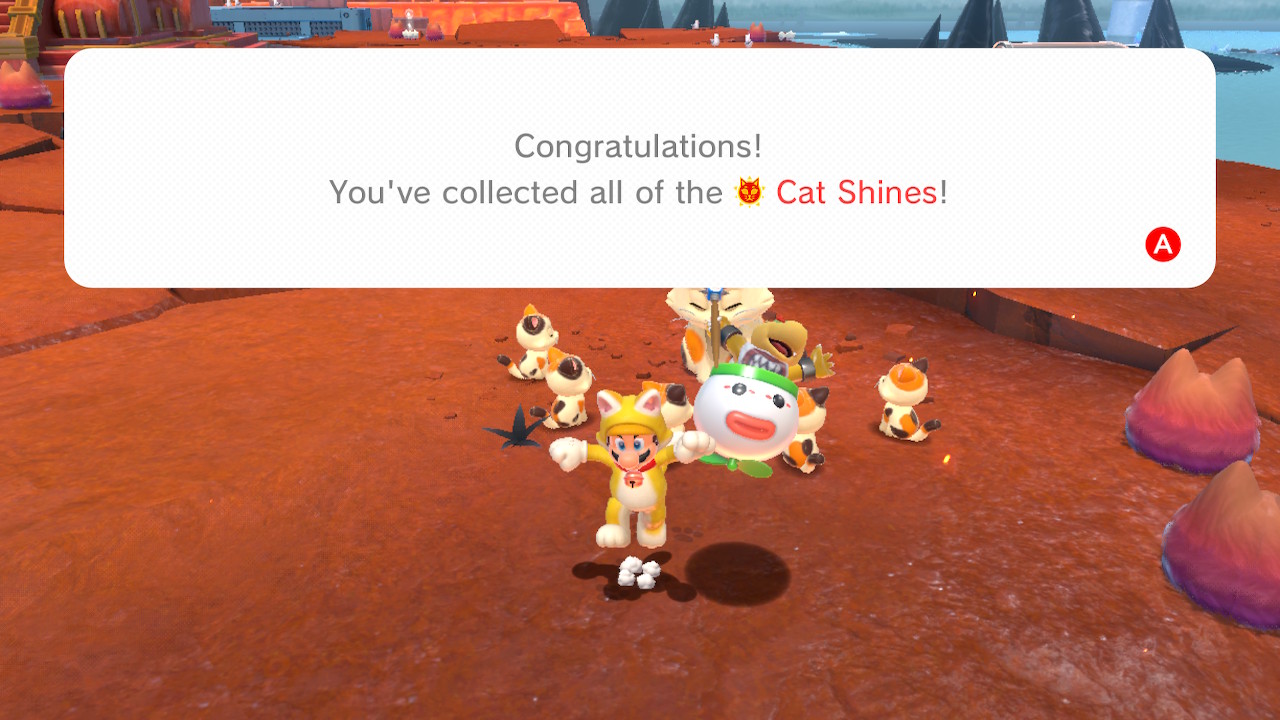 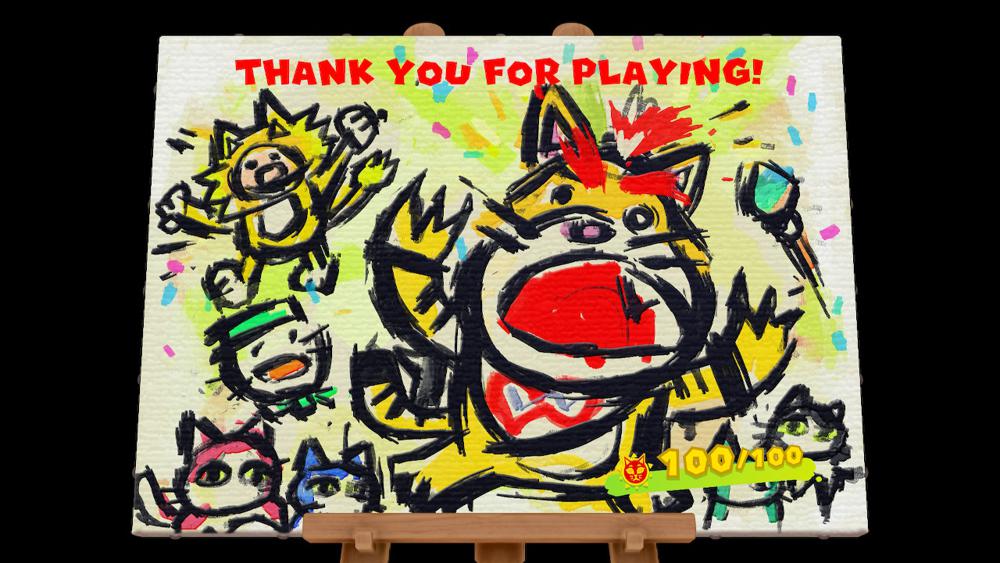 (Sorry about the white frame around some of the photos... the game's photo mode adds that for some reason... I guess to make it look like a printed photo.)