Imagine if there was an iPhone that ran Android and was pretty cheap... Actually, you don't have to imagine, it's the Pixel 3a!

When the Pixel lines of phones were new, I saw some Apple people say the Pixel is like the iPhone of Android. And ever since I wanted one. Now the 3a came out at a very fair price, I could finally get one. And I have to say, that I agree with them.

When I last tried Android with the OnePlus 6T, I was impressed by the phone, but there were a lot of little things that bothered me alot with it: no stereo speakers, subpar camera, extremely slippery glass back, notch and the design just wasn't nice.

So I went back to iPhone, because I missed it over there and I wasn't very happy with the 6T. Unfortunately, only about a month went and then the Pixel 3a was out. And I had to try one. Unfortunately, this phone isn't widely available everywhere so I had to buy it from eBay from an UK seller.

Going into the phone I was extremely curious about the camera and the "Pixel experience", namely the software. I was very worried about 4 GB RAM not being enough and the CPU being noticably slow. We are gonna go through these considerations.

Let's start right from the... start:

I don't know what black magic Google is doing, but transfering all the stuff from my iPhone worked surprisingly well. It worked perfectly actually and was very convenient to do. It missed some apps, but it got most of them, so ultimately not a huge deal. I got the SMS's and my iMessages which was the most important thing for me.

I am usually very hesitant to do any migration on any device, but I am happy I did it this time - it worked perfectly.

The phone is very lightweight and comfortable to hold and use. It feels very right in the hand. The fingerprint reader is right where my finger points to naturally. It's not slippery. Because it's not glass on the back I am not terrified about dropping it.

I seriously feel like plastic on the back is not a bad idea. I don't know why we had to go to glass out of all things. If I got to choose between plastic and glass, I would pick plastic, just because it's not gonna break randomly.

The buttons, or well, the button is nice and tactile. The volume rocker is alright, but not great. I prefer the iPhones individual volume buttons.

The vibration or haptics engine that is in it is fantastic as well. Typing on this phone with haptics enabled is awesome. It just give you a light but very intense buzz. And it's not just when typing it does this, pretty much all interaction you do gives you this very solid response.

With the 6T all the vibrations and haptics felt like an after thought and I disabled almost all of them. On the Pixel 3a I love them and I am leaving them on.

You know what I also like with this phone that I don't like with other new phones? It has no notch! While having a notch is no big deal either, I just prefer not having them. They look kind of silly if you actually think about it.

It's also OLED, which is very impressive for this price range. The OLED panel isn't the greatest, because I can tell a difference between it and the frame around it, but it's not bad. Seeing anything black on the screen looks 100% black and colors pop, which is all that matters. But if you look at the phone under a light or outside you're gonna see the frame around it. No big deal, especially at this price.

The fingerprint reader is one of the best I've used on any phone. The in-screen reader on the 6T, while cool, was a disaster. On the Pixel 3a it's super fast and rarely, if ever, misses me. I think in the month I've had this phone it's missed me less than 10 times. Seriously.

Google also includes their own security chip with this phone. I don't really know what difference it makes but it just feels nicer to have it than not to have it, even if it's just inside my head.

This phone has stereo speakers! Wow! I cannot believe this isn't standard yet on every phone.

They might not be the greatest speakers but I think they sound good enough, and I can cover the bottom of my phone without being bothered by it going silent. Makes gaming much more possible than it was on the 6T.

Having no stereo speakers on the 6T was actually what bothered me most about it. iPhones have had it for so long that I just could not comprehend how a new phone could not have it.

Oh! And the Pixel 3a has an headphone jack! I haven't used it yet, but it's nice that it's there.

Going into this phone, the camera was my biggest hype point. And it is pretty great, but it's not like it smokes the competition out of the water if you ask me. It's fine, just like most other phones.

What I find interesting though is that you can see the processing taking place, because if you view your image immediately after taking it it looks bad, but just sit there for a second and it suddenly looks a whole lot better. (This also has to do with the slower CPU in this Pixel 3a compared to the dedicated image processing chip in the Pixel 3.)

One thing that really bothers me with Android is that all phones dont get the latest OS immediately. With the Pixel that isn't a concern, as it gets them first of all!

And the Android version is clean too! While OxygenOS on the OnePlus 6T was clean, this is even more clean!

And it's a nice version of Android too. I did not comprehend how the Pixel Launcher worked at first, but overtime I've gotten used to it and now I don't have a problem with. Swiping between apps is pretty good, but not great, it was better on the iPhone X. The thing is, on the iPhone X you basically swiped apps in fullscreen mode. On the Pixel it's more like thumbnails that you are scrolling between.

As I said, before getting the phone I was very concerned it would feel slow because of the Snapdragon 670 CPU and just 4 GB of RAM.

In practice, I haven't really noticed it being slow. It stutters sometimes but it's so mild that it really doesn't matter, and I tend to be very picky with things like this.

I notice the CPU taking a second extra when processing the photos, but it's not a big deal. It also does it in the background so you don't have to sit there and wait for it, just take your photo and go on with your day and maybe later on check it out. If you wanna check it out immediately you'll have to wait 2 seconds for it to process the image, which is actually kind of cool because you see the photo get alot higher quality.

I'm not a big mobile gamer so I can't comment much on gaming performance, but from the little I tried it seems fine. I played some NES/SNES emulators in RetroArch: it was fine. I played the mobile version of GTA San Andreas: it was great.

Browsing Twitter and the web is very good too. All the apps start fast. I can't really tell the CPU is a bottleneck in anyway.

Most of the time Twitter opens up immediately, sometimes it doesn't.

Reddit can get really weird if you've gone scrolled down very, very far. This could also be a problem with the official Reddit app, but I can't remember it being an issue on my iPhone or the 6T.

I feel like this could've been solved if we had just 1 GB of extra RAM. I think 4 GB is right on the brink of being great. 5 GB would be perfect. Over that is just silly.

Also, this is now. Maybe in the future Android requires more RAM, since most of the flagships have 8+ GB nowadays, and thus this phone will become obsolete faster. Same with the CPU. But right now, today, it's very good and not really a problem.

I never think about it. I've never ran out. I don't know if I ever even have had it in the reds. Battery seems great. I even keep the always on display enabled!

I haven't been able to test the fast charging because I always charge my phone over night with a random 5W USB brick and a generic cable (I can't use the bundled fast charger as it has a UK plug.)

And finally, the price. This phone is $399, and it really doesn't feel like it is, because nothing screams cheap about this phone to me. I would've been happy if I paid double for it.

I would have a hard time recommending any other phone at this price range. Hell, I am recommending this phone to anyone, even if you are about to plop out $1000 for an iPhone or Samsung.

I really don't have alot of bad things to say. As soon as I started using this phone I haven't missed my iPhone.

Overall, I really love the Pixel 3a. I think it is my favorite phone ever that I've had. The Jet Black iPhone 7 used to be it, but I think this one takes the cake. Not once since I started using it have I thought "this is better on iPhone" or "I wanna go back".

Seeing how much I like the Pixel 3a, it has also made me excited for the Pixel 4. However that is glass back and has a huge camera bump, so I'm not so sure I want it. We'll see.

But for now I really like the Pixel 3a and would recommend it to pretty much anyone, power users and scrubs alike, and iPhone users - I think it's a great phone to try out the other side with.

These are just some random photos I've taken with the phone. Nothing fancy. Some are night mode, some are not. 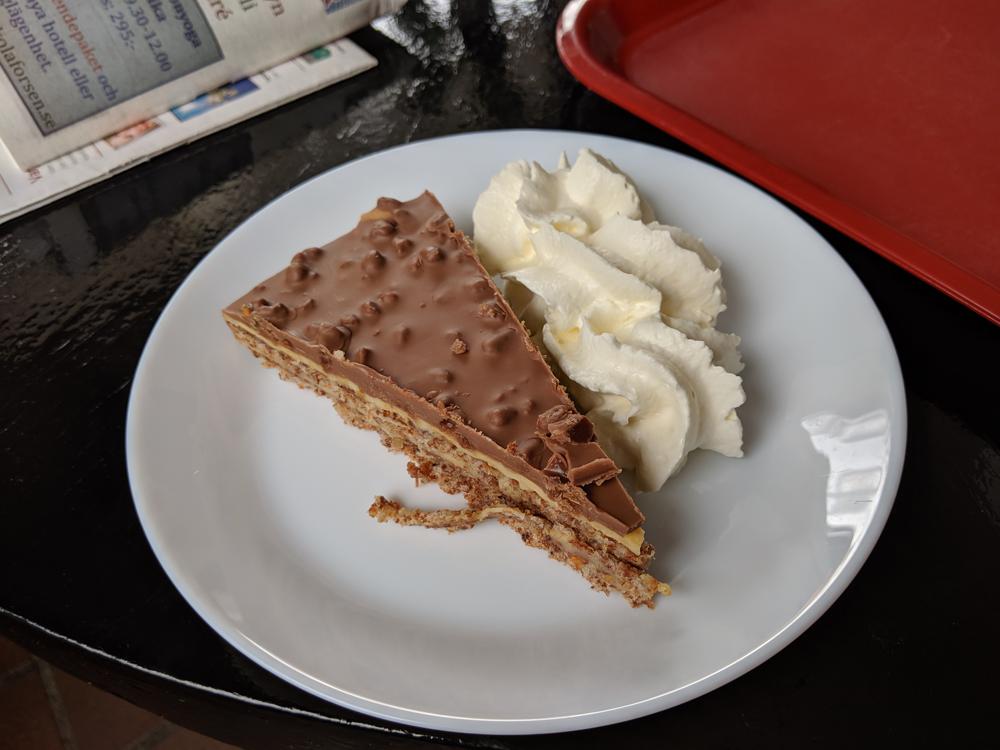 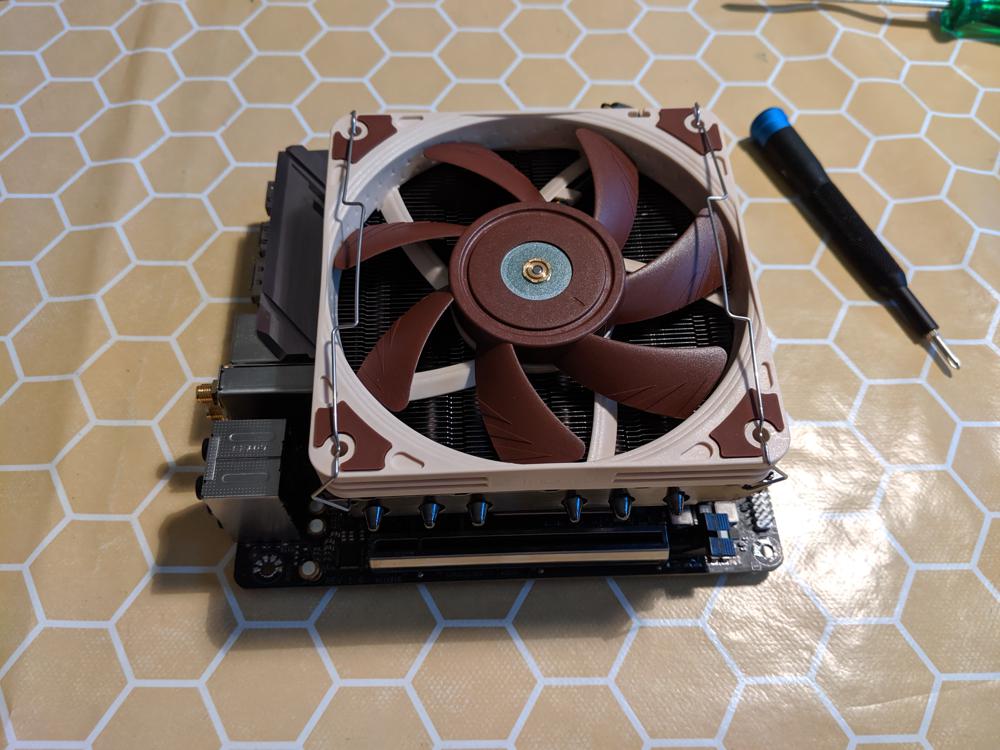 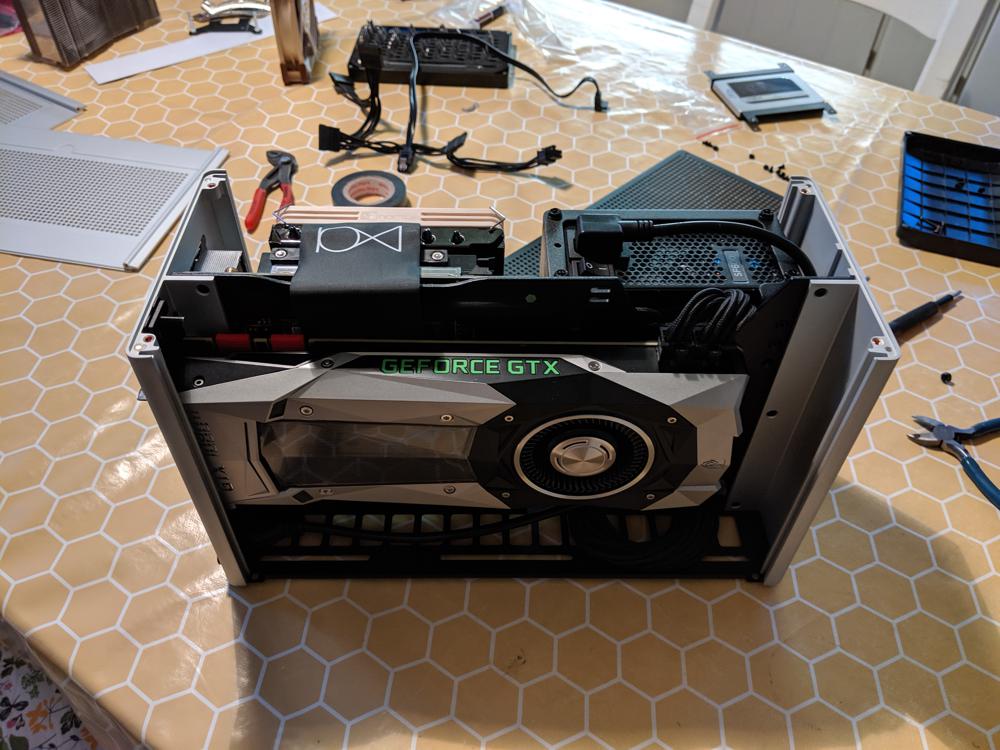 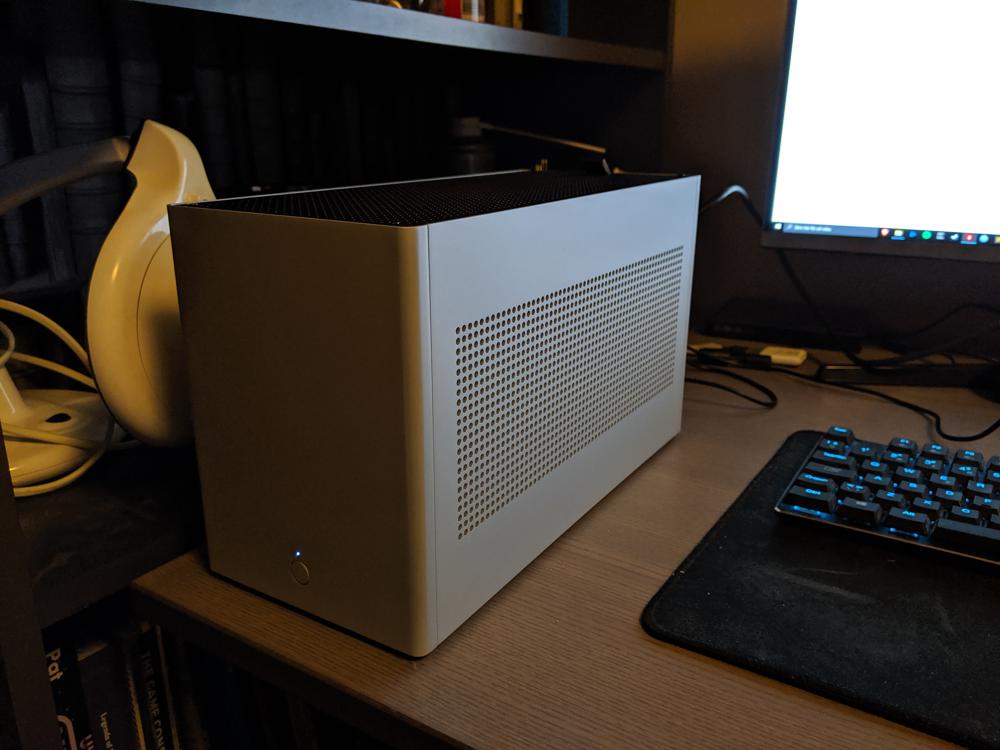 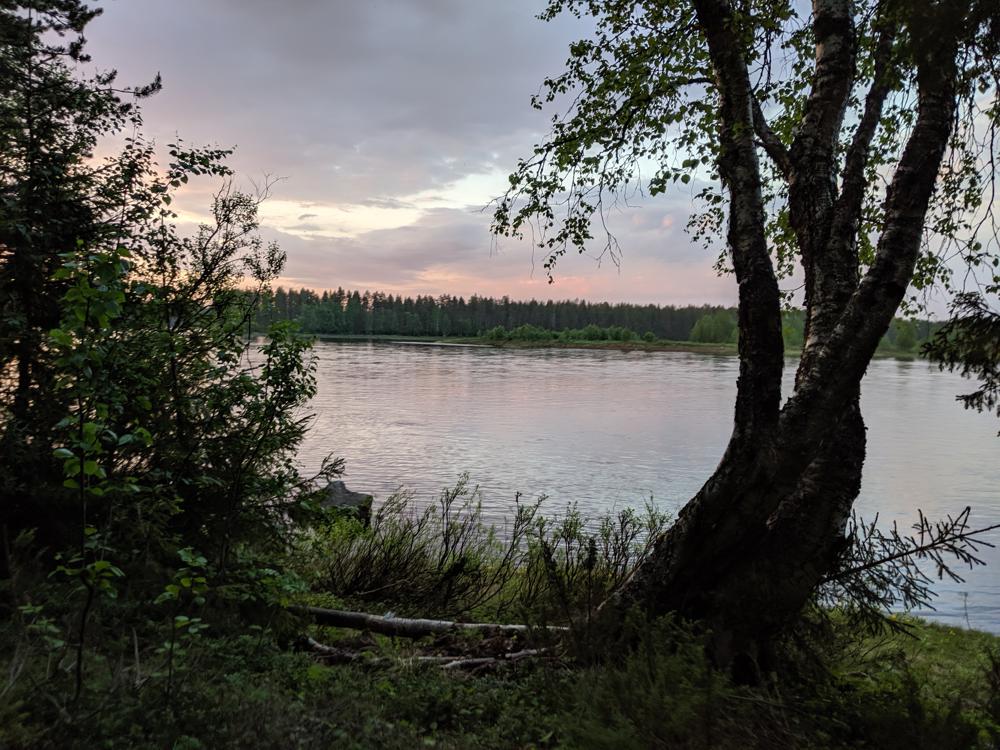 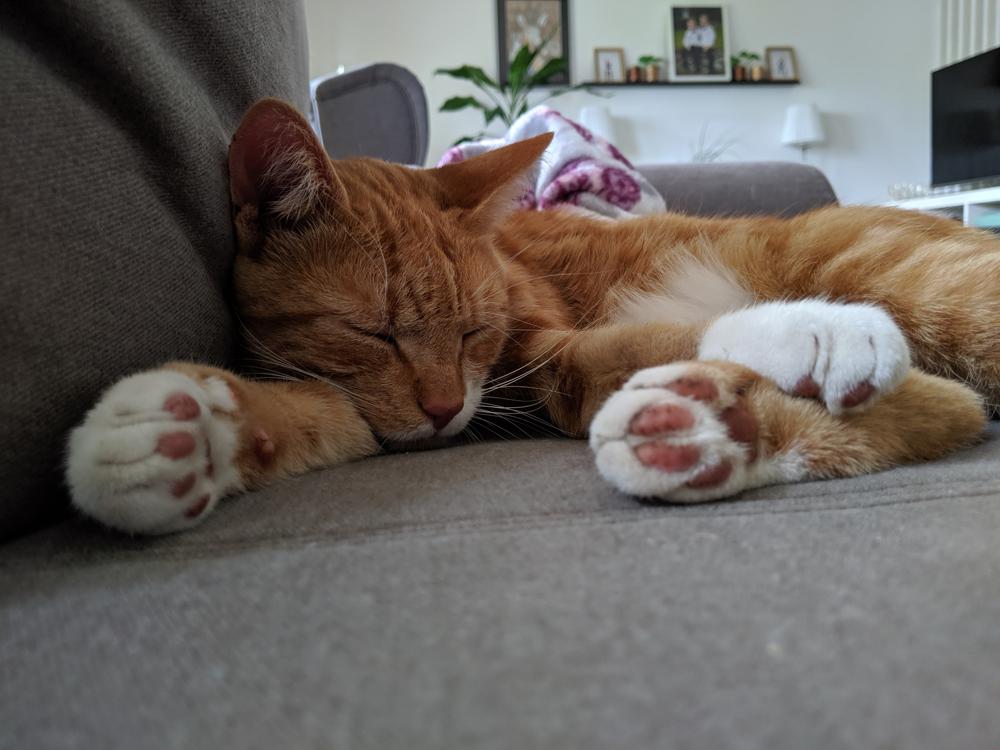 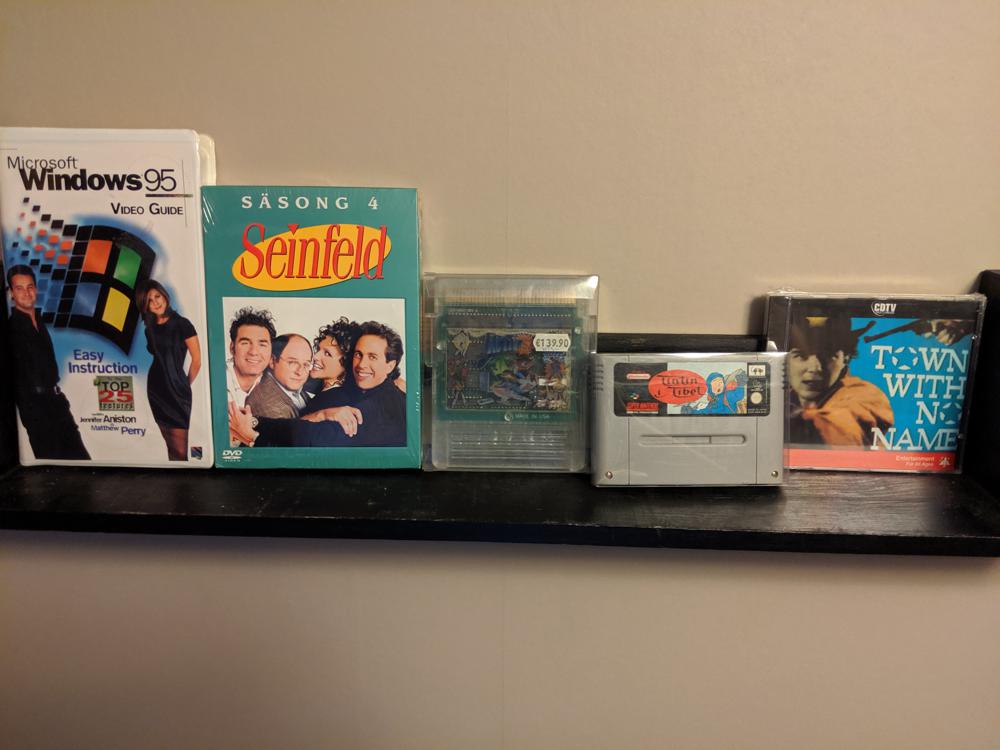 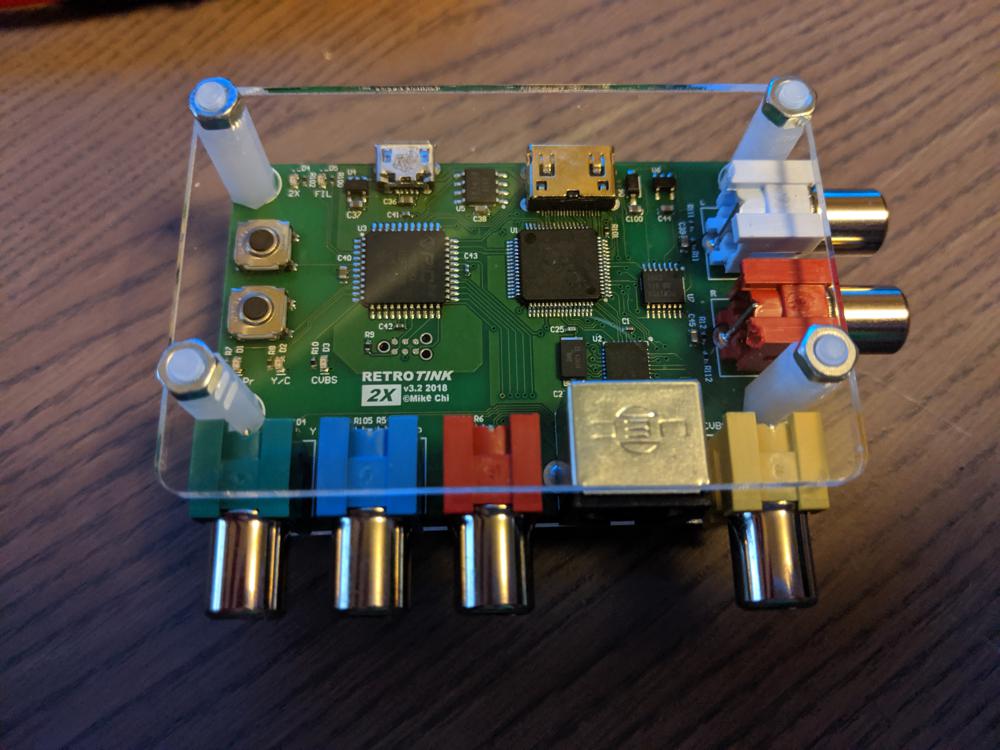 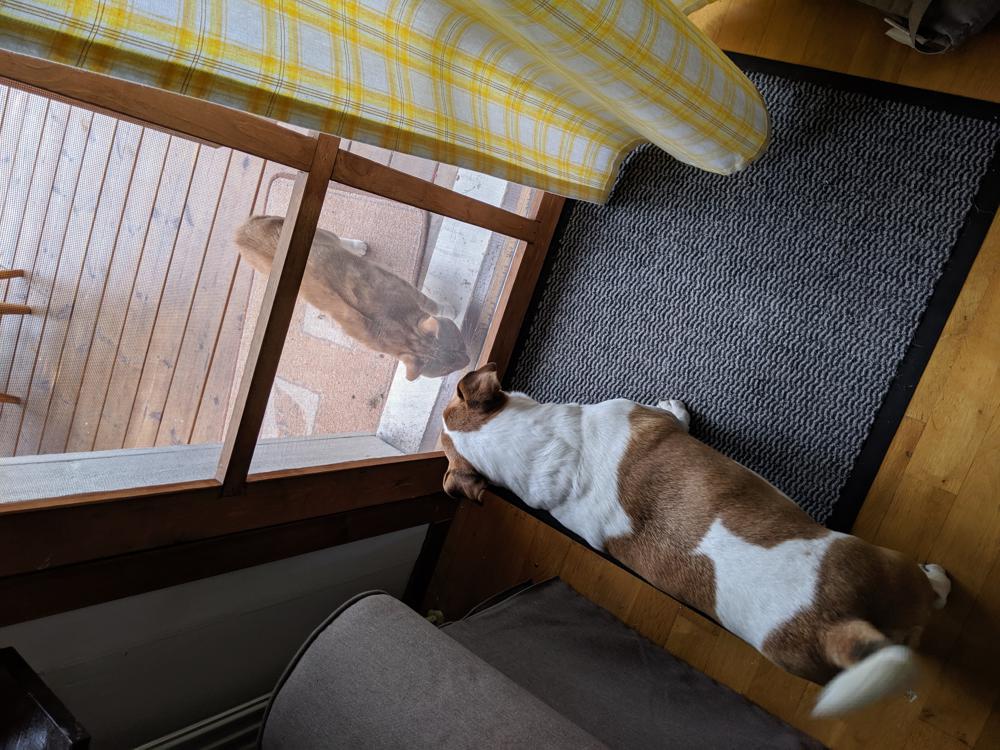 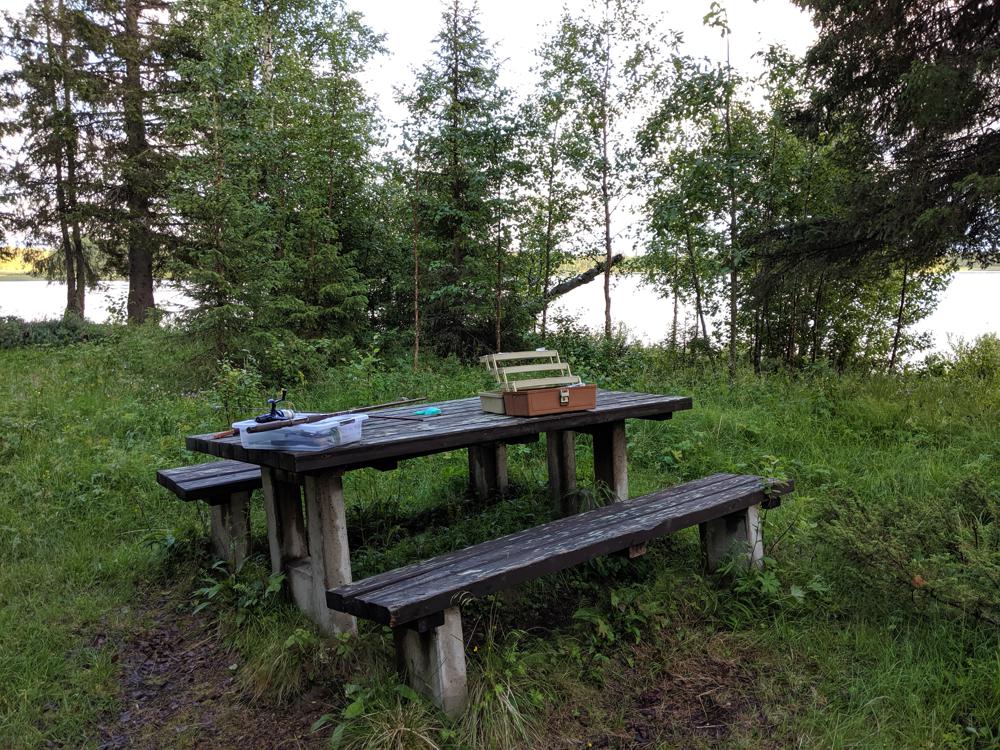 Updated 2019-07-23: Added battery section. I forgot to talk about it initially because I never think about it!