I said a year ago that I was gonna do a more in-depth review after I had the phone for a while. Well, a year is quite a while so let’s go.

And well, it’s a good phone. I am very happy with it. It’s so good that the new iPhone Xs is very uninteresting. The Xr is more interesting, but I don’t want that either.

The best part about these X-generation phones is the swipe navigation. Swiping to go home, swiping between apps, it is so much better than the old way of clicking the home button. I rarely switched between apps before, but with the swipes I do it all the time.

Face ID has gotten alot better over the year. It is super fast for me. That is really all I have to say about it. It works 99% of the time for me and it’s really fast. I don’t miss Touch ID anymore. I did disable the attention aware thing and notification obfuscation. Been very happy with those settings.

I’ve gotten used to OLED. It’s nothing special anymore. I wouldn’t mind if my next phone doesn’t have OLED. It’s nice in theory but in practice it doesn’t make much of a difference. Atleast on the phone. I love my LG OLED TV.

I’ve used the phone with and without a case. I’ve mostly been using it in both the Apple Silicone Case and Apple Leather Case and both are equally great. I think I slightly prefer the silicone version but they’re not very different. Sometimes (like right now) I use it without a case and it feels very fragile and slippery. I honestly kinda hate it but I also hate the bulk of a case.

There’s no way to win this battle with this phone.

However, with the new iPad Pros being squared off like the old iPhone 5-design I have hope that maybe future iPhones will be the same. I’ve been really close to buying an iPhone SE just because of the form factor. It is so much better to hold.

To summarize, I am not very happy with how the X feels in your hand.

I also don’t like it in my pocket. It feels very big, especially with a case on, which makes it uncomfortable sometimes.

Oh, and the notch? I never think about it or notice it. It’s fine.

The phone is still really fast. I never feel “ugh, this should be faster.”

Battery has gotten worse over the year naturally, it’s down to 95% on the battery health page but it’s still plenty for me. I put the phone to charge at night with about 20% left usually. And that’s without using Low Power Mode. If I used LPM it would probably be alot better.

In summary I am very happy with this phone. It’s been great and I never think “I wish this was better.”

However, it’s the physical aspects I dislike about it. It’s too big and slippery.

A while ago there was this iPhone X SE concept and I love it. 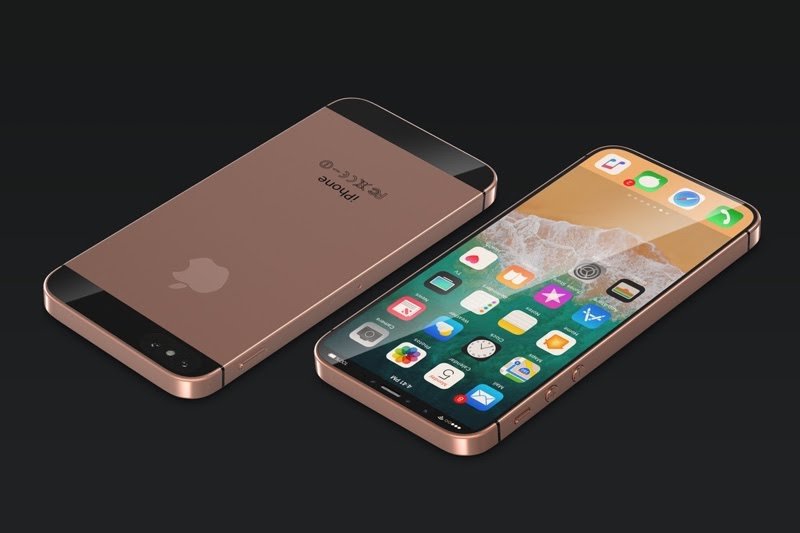 I wish that phone will be real someday, because it seems perfect.

But in the meantime I’ll keep this phone.