So how did I end up getting the new 2018 Spider-Man game for the PS4? And not just getting the game, but loving it so much I 100%’ed it and got the platinum trophy? And then coming here to tell you how much I loved it? 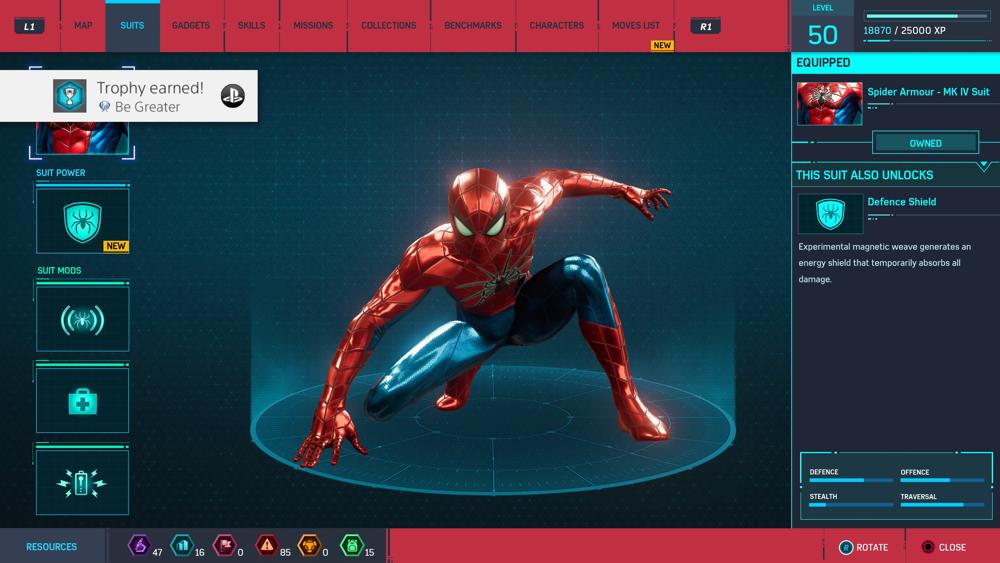 I don’t really know, truthfully. I had no intention of getting it. I saw some tweets here and there showing the cool combat. I followed one of the lead environment designers on Twitter (for some other reason) and he obviously pushed the game for his followers. Then the week leading up to the game’s release I started seeing the 9/10’s and 9.5/10’s coming in and alot of cool little screenshots and video snippets of the combat, and that is when I impromptu pre-ordered it on PSN (I buy games digitally nowadays).

When I first started it, I didn’t expect much. I expected to not really get it into it because I’m not into Spider-Man. But no, I almost immediately got into it.

I immediately noticed how fun the controls were and how fluid it was to swing around the city and that the combat is fun. Easy (and fun) to get into and still fun when you master it. I did alot of web swinging and throwing objects, and when my ultimate was ready I used the “web everything in sight”-ability, I forget what it’s called. I also used all the gadgets. Almost always I was out of them and waiting for them to refill. Especially the web bombs and the drones.

The graphics were beautiful, everything is so nice and shiny and colorful. Even though it’s just 30 FPS, it feels very fluid and smooth, just like other amazing PS4 games such as Uncharted 4. I’m just amazed that a beautiful city like this can exist on a PS4 and you can swing around it. And there’s ton of trafic and pedestrians on the streets at all times. It’s just like sorcery to me. 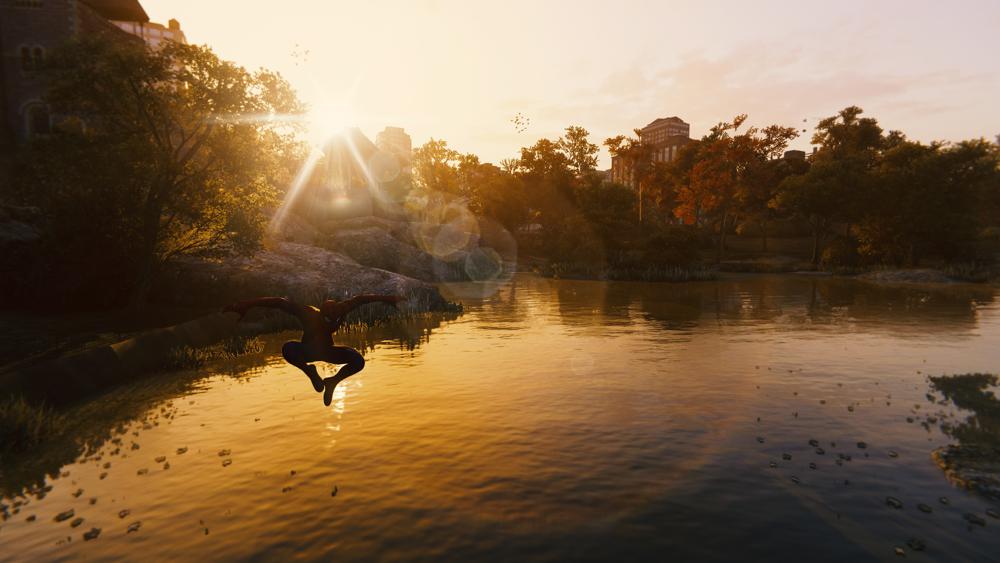 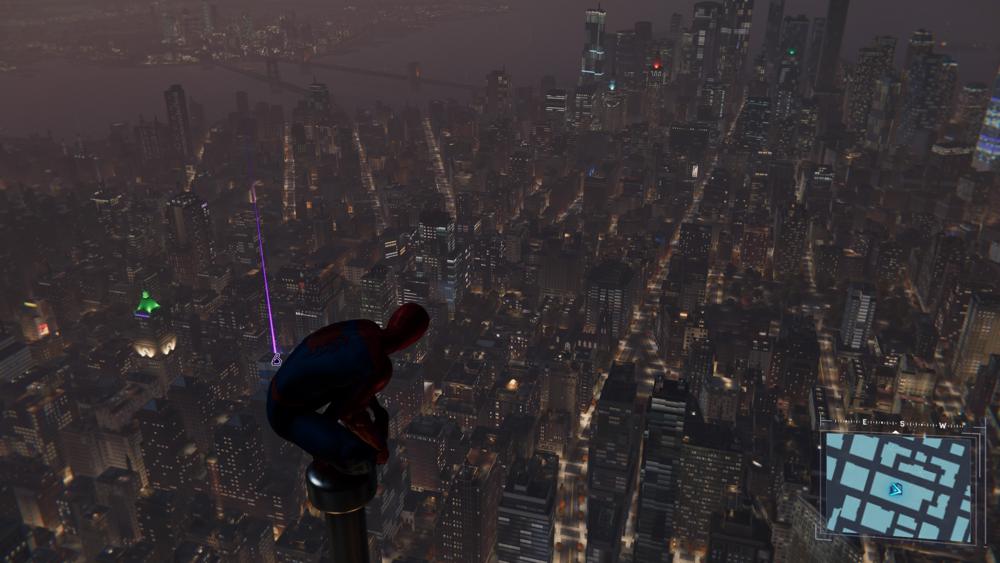 When it comes down to it, why I like this game so much, is that it’s just so much fun to swing around a big beautiful living city, and hearing cheesy lines from Spider-Man while punching bad guys. Swing around, do a mission, beat some bad guys, look at the amazing views, try some gadgets, help the police, do some side missions, collect some things, take some photos, do another mission, try a new suit, try a new powerup and so and so on - it's all just fun.

Why can't more modern games have cheesy lines in their games? Why does everything have to be so serious? 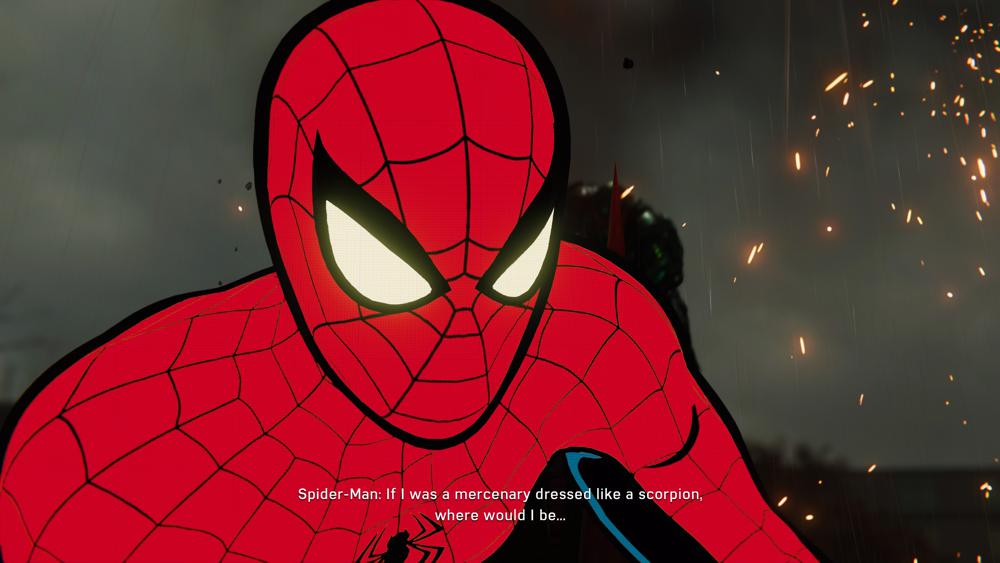 So is there anything bad I can say about the game? Absolutely!

The challenges doesn’t have a “retry challenge” button in the main menu. You can abort the challenge, but then you need to wait for it to load a little, and then you spawn next to the challenge start and you can start it again.

While graphics are seemingly impressive, if you really start looking into it there are some flaws, such as the repeating apartment interiors and the apartments in the corner of buildings making no sense. 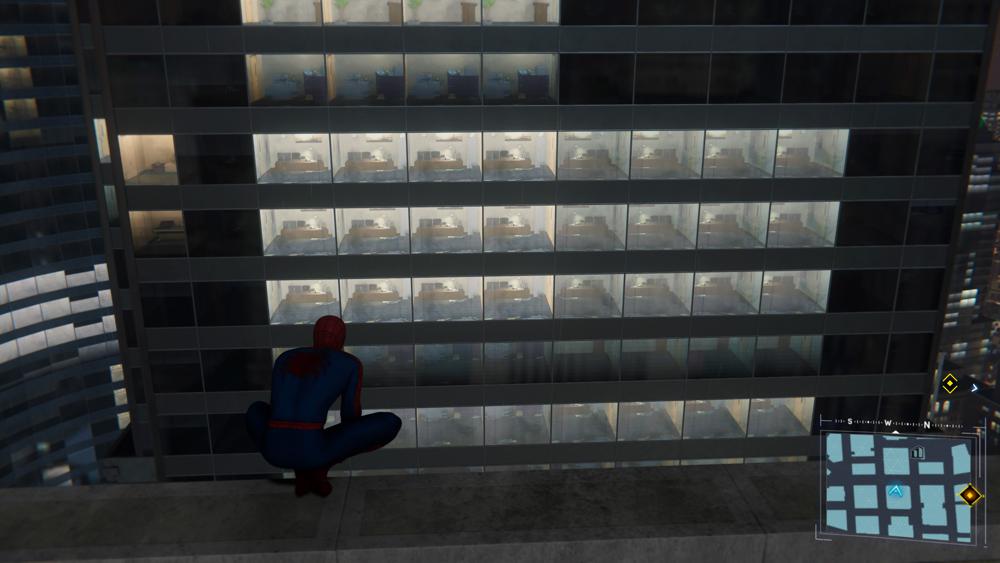 Hmm, everyone sure furnishes the same 🤔

The stealth sections where you’re not Spider-Man are a bit tedious. However, I think they’re good too, because they make you look forward to being Spider-Man so you get really excited when you’re him again. 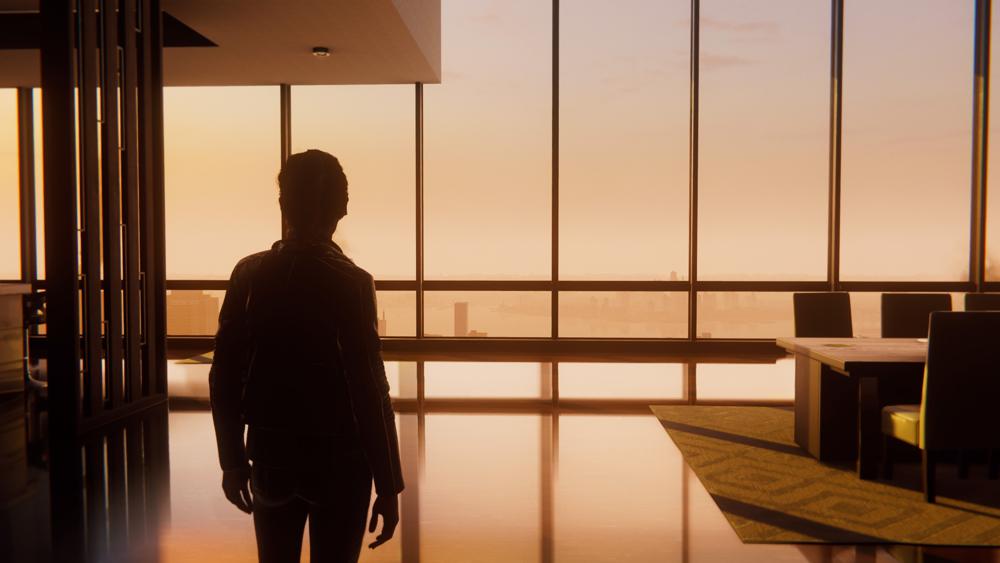 Getting crimes and other encounters to spawn in order to 100% the game is somewhat annoying. Just standing still and touching nothing seemed to work best for me, but it takes a while. Makes it kind of annoying to go for 100%.

While writing this, and playing the game some more, I had a data streaming issue where the game completely locked up while it was loading the next part of the street I was on. Really reminded me of playing the GTA games on PS2 and going really fast. Although, to be fair, this is the only time it has happened. I never saw anything even close to it earlier.

So all in all, this is probably my game of the year. I know 2018 isn't over yet and Red Dead Redemption 2 is on the horizon, but at the time of writing this, I have 0 hype for that game (I still haven’t played RDR 1), but it’s Rockstar Games so who the hell knows. 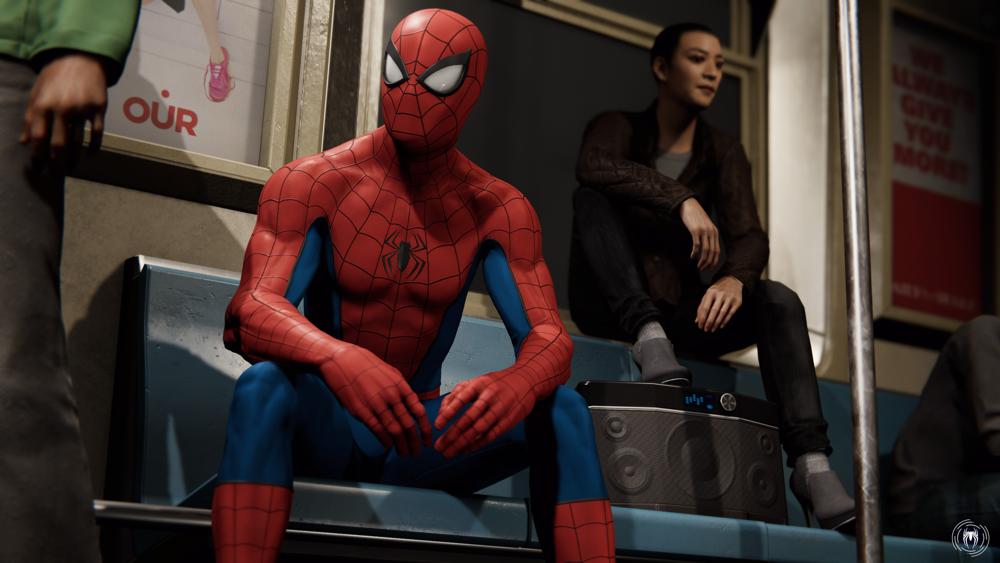 This is a very minor detail but I love how casual Spider-Man is on the subway. It's the little things like this I also really love in this game.

I don’t like giving scores, but it’s up there. It’s probably my new favorite PS4 exclusive (You should really get a PS4 if you haven’t already, there are so many good games on here.).

I can really see myself going back to play this in the future. 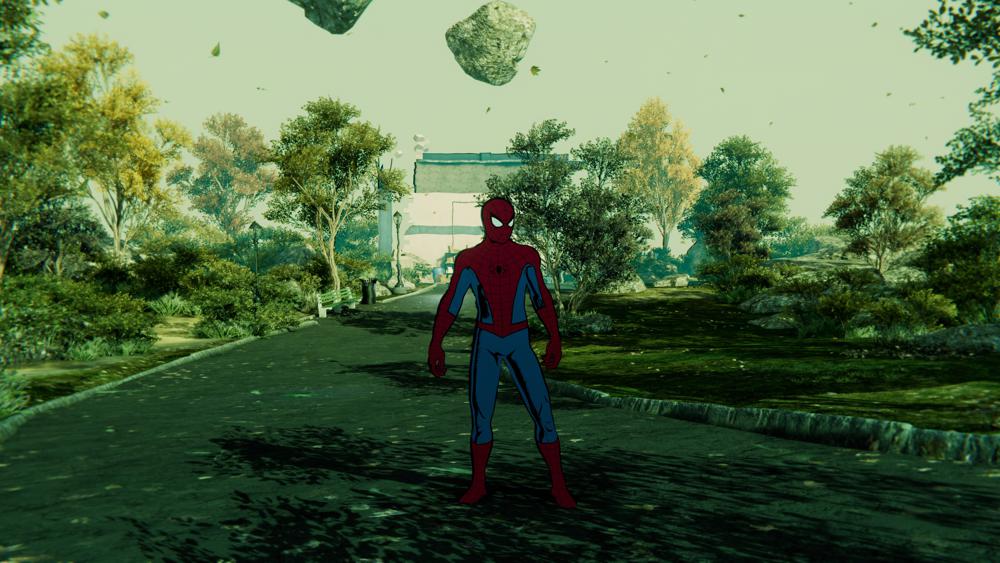