Building this PC was fun, but took a very long time because I wanted to think through what the best order to things were, and I wanted to route all cables cleanly since this is the first I am using that had a windowed side panel.

So yes, the parts are quite expensive. But please note that I didn't buy all of this instantly. All of these parts have been collected over the years. I don't drop $3000 on a computer just like that. I re-use old parts.

Some day I plan on writing on why monitors today sucks. There is nothing good out there. I want "Retina", G-Sync, IPS and good build quality. That basically doesn't exist.

This is a pretty good picture of the finished product, except that I have replaced all the fans with Noctua's now (which you'll see further down) and I removed the warning sticker. 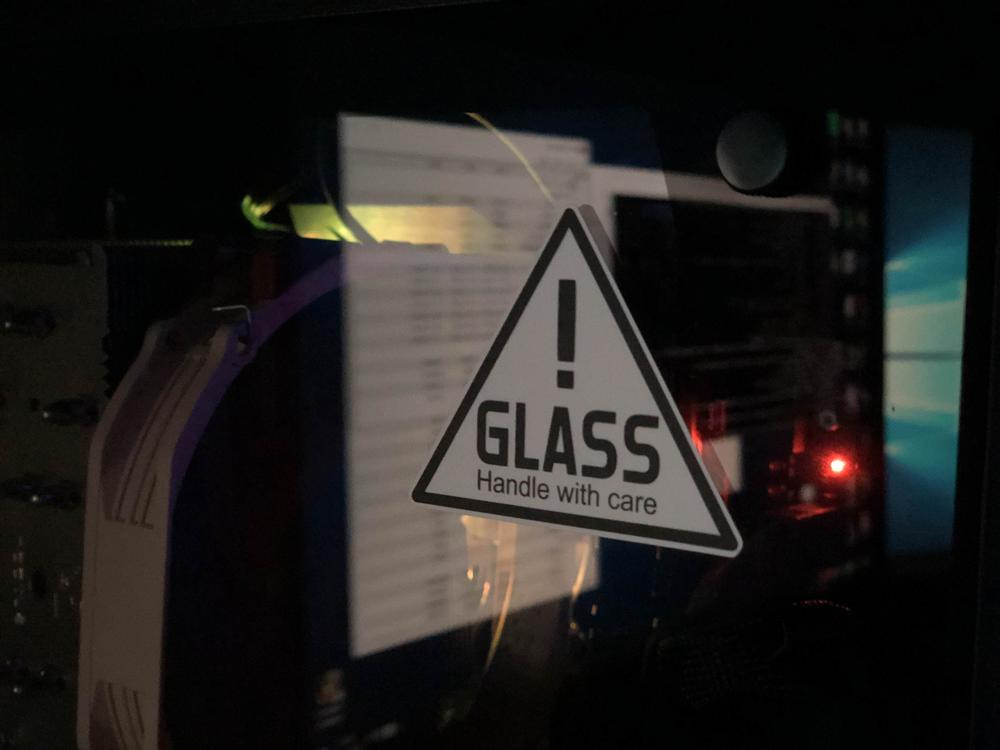 I removed this sticker. 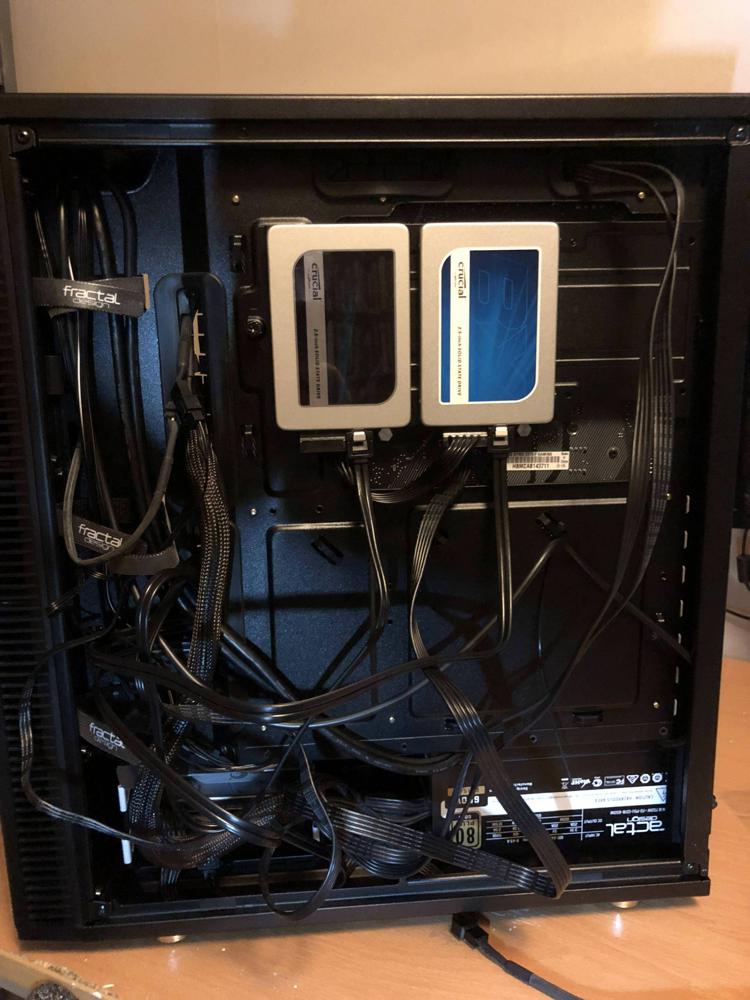 Building the computer was fun until I turned it around and saw what a mess the backside was. I was afraid I wasn't gonna get the panel back on because if you look at the SATA Power connections for the SSDs, you can see that they bulge out quite a bit. But closing the panel was no problem at all. 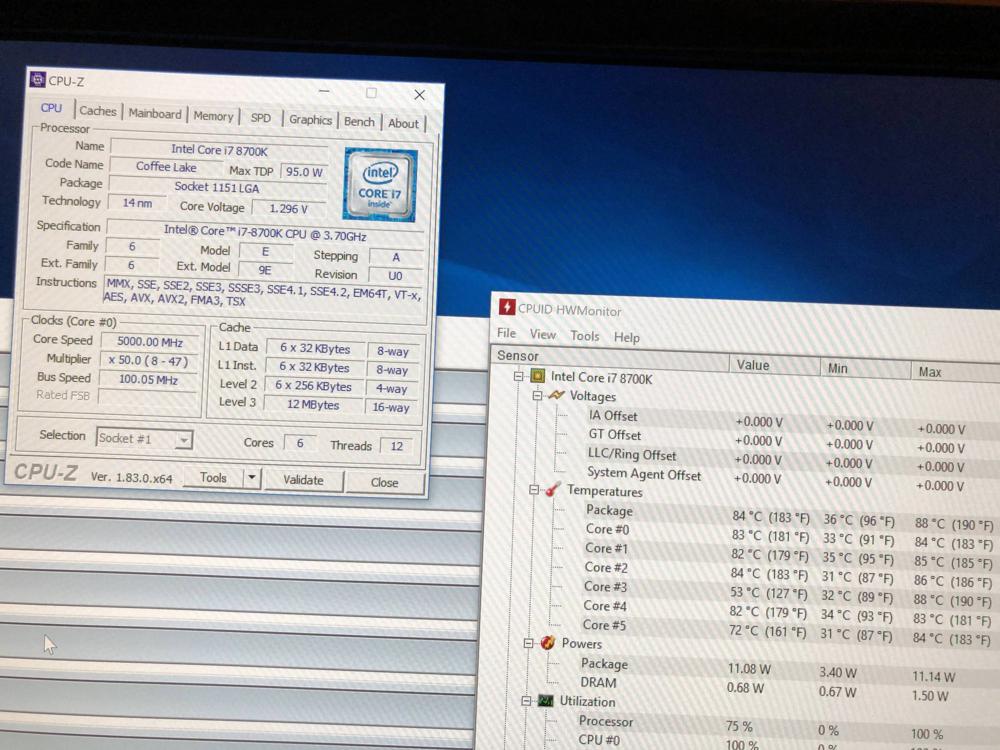 One of the first pictures I took while overclocking to 5 GHz. Ultimately I don't run it at 5 GHz anymore though, it was a bit too hot (loud) for my liking. 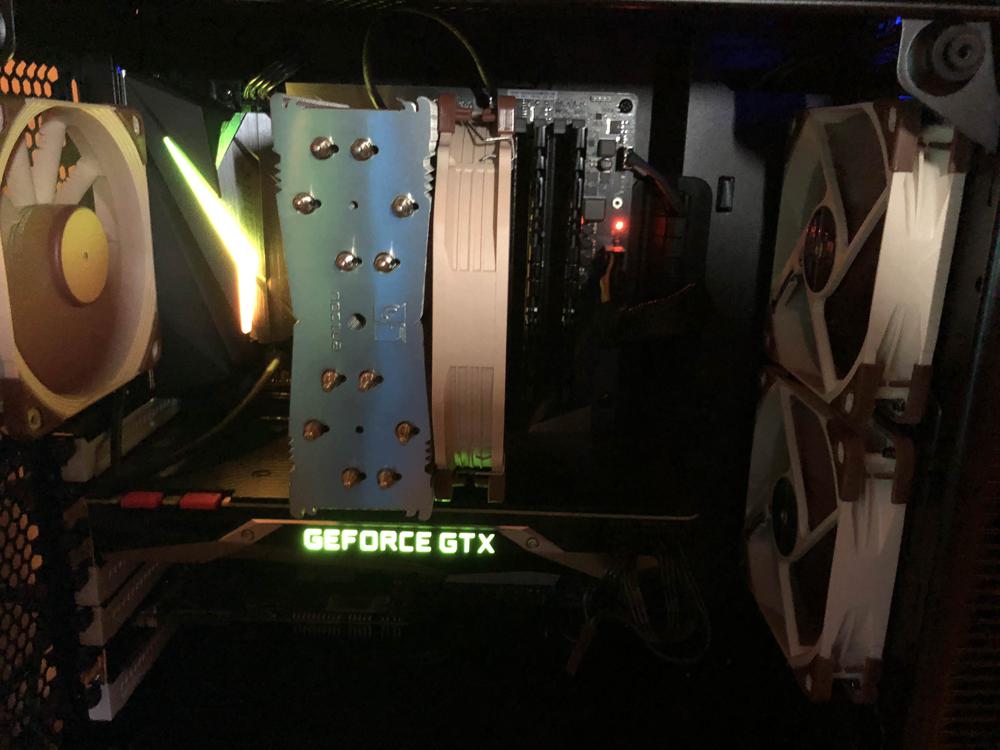 Here's a picture where you can see that all fans are now entirely replaced by various Noctua models. And it is so quiet.

(x264 transcode of Friends S05E21 using Don Melton's Video Transcoding script, at 1080p 6000 kbps with the medium-preset. AC3 audio passed through. The version of Handbrake and the script used is not always the same.)

I overclocked my 8700K using this YouTube video, although I only watched the BIOS section. But it was nice and short.

Ultimately, my overclock is 4.7 GHz at 1.18 volts, with no AVX Offset. I am happy with this as it keeps the temperatures quite low (just above 30 C in idle, peaks around 75 C during load). Since the temperatures are so low the fans can run very quietly.

1. Re: The Ryzen Overclock This was a unstable overclock, and I did not actually run the same test. But I ran another one, where it saw a 8.7% performance increase, so this score is the not-overclocked speed (53.33 fps) multiplied by 1.087, which results in ~57.97 fps. This is not accurate and entirely fair, but should give you a ballpark idea of how the 1700X would've performed if I ran it overclocked.

(This post was inspired by Stammy´s great post on his epic PC, I wanted to do something similar. Read his if you want actual and more explanations for normal people and clean pictures.)