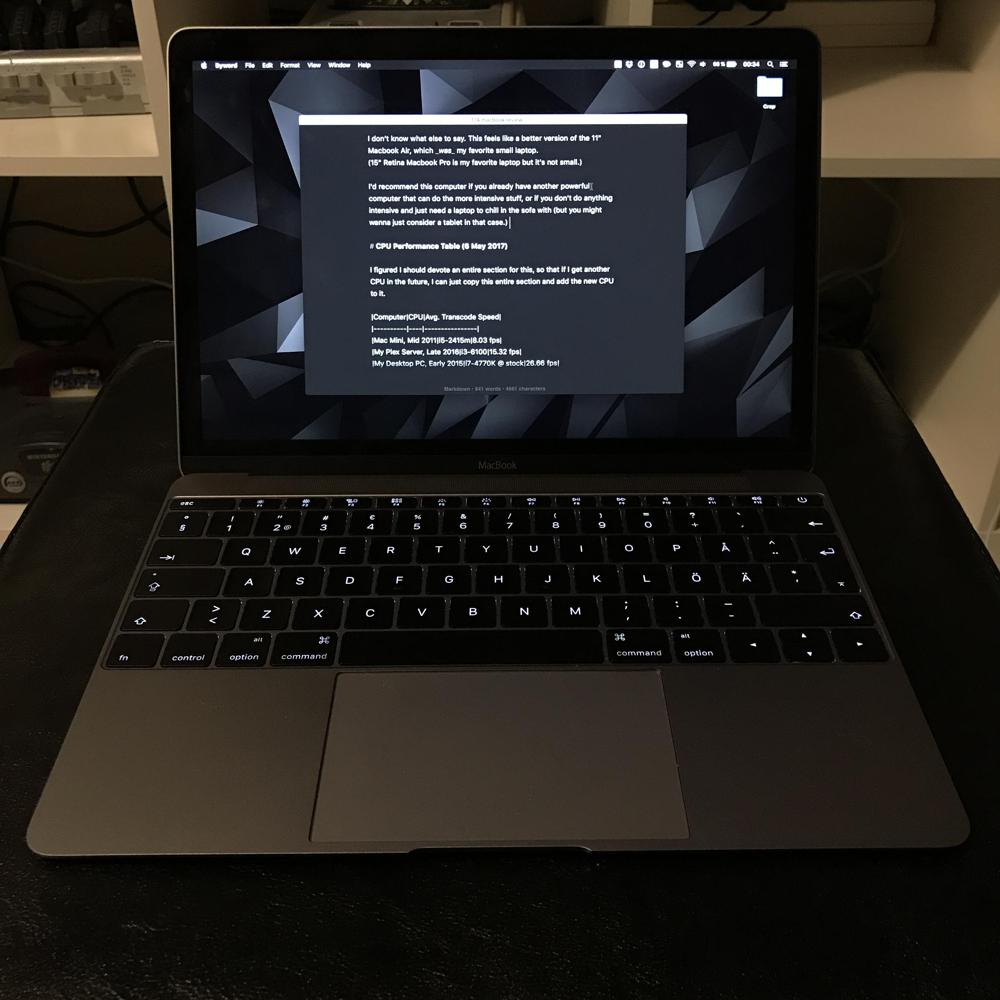 I love using this computer in bed/on the sofa, just chilling with it. Browsing and using Twitter. And I think it will be a great companion when I will soon be gone for 2 weeks.

But the best thing about this computer is that is has no fan. While this does make the computer slower, in theory, because it throttles down performance to reduce heat, I haven't noticed any slow down in my web browsing or other regular computer tasks. Obviously I notice the performance hit when transcoding video or something else that is intensive (see below), but not otherwise.

There are so many applications in macOS that are unoptimized and make the fan go up. Syncing Dropbox, rapdily switching songs in Spotify, browsing your photos, having millions of tabs open, watching Twitch, etc. All of these would make all my previous Macs become audible. But this Macbook doesn't, it stays silent because it has no fans. It is physically impossible for it to be loud.

The downside of that is ofcourse that the laptop becomes very hot in your lap, but I'll take that over noise any day (fans in Mac's are very loud. Jet Plane loud.)

Another thing that I really like about the laptop, which is a very general thing, is how thin it is. It is just incredible. I know there are some even thinner ones in the PC market, but this is thin enough for me.

I don't know what else to say. This feels like a better version of the 11" Macbook Air, which was my favorite small laptop. (15" Retina Macbook Pro is my favorite laptop but it's not small.)

I figured I should devote an entire section for this, so that if I get another CPU in the future, I can just copy this entire section and add the new CPU to it.