Before we begin, the capture card I have is the Startech PEXHDCAP60L, but I call it SC-512, as that is shorter and sweeter and it is the same card as the Micomsoft SC-512, but without HDMI passthrough.

This is the first blog post regarding the SC-512. This is a capture card I have recently acquired and I have some stuff to write about it. This is part 1, and it's about lag. Part 2 is gonna be a guide on how I got it working fine on Windows 10. Part 3 will probably be a final review.

I am considering removing my CRT and using the Amarec preview as my new TV for retro gaming, simply to save some space. But one important factor to consider in such a case is input lag.

Measuring this was kind of tricky. My first idea was just to split up the signal between my CRT and SC-512, and then record it with my iPhone's 240 FPS camera and play it in slow motion --- and I actually did that! 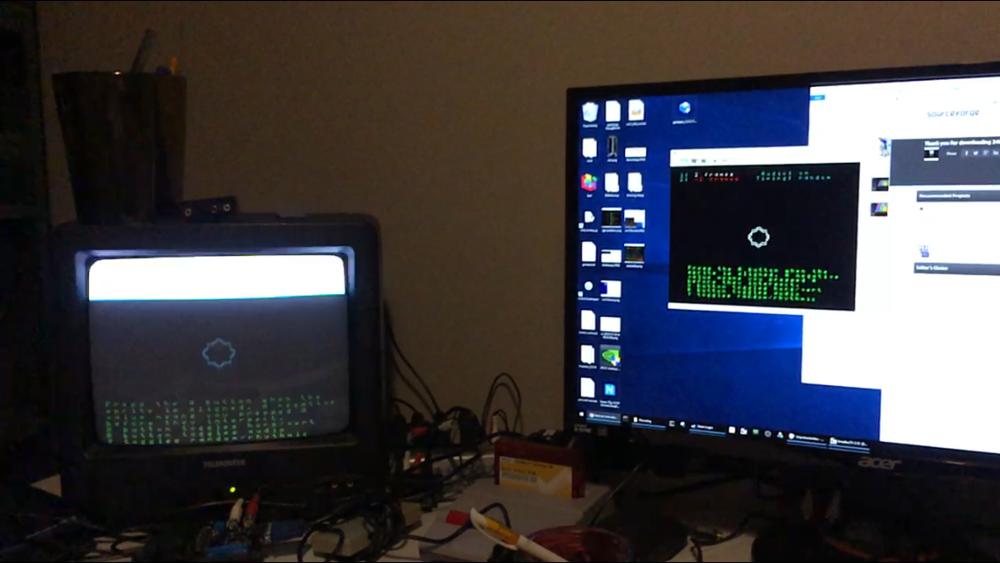 Notice how the CRT is turning white but the Amarec Preview isn't. The CRT has less lag than the SC-512 in other words.

But I didn't really like it as it wasn't super obvious how much delay there was and I didnt' feel like doing the math. I also had problem doing this for a long time as my Sync Strike seemingly doesnt like my Scart Splitter.

So instead I grabbed the 240p Test Suite and put it on my SD2SNES and then ran the Manual Lag Tester, with audio on and the timing random. I won't bother explaining how that works as you can read about it on that page, but basically I ran it on my CRT, HDTV and SC-512 (through the Amarec Preview) and after each test I ended up with a screen like this: 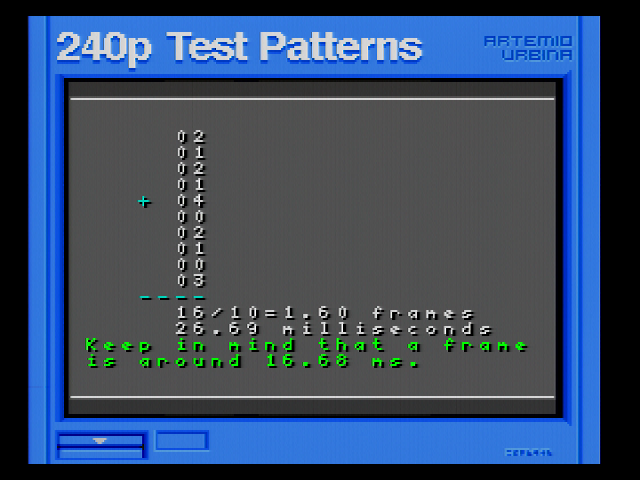 For each device, the SNES was connected "purely", and what I mean by that is that there were no splitters or switchers involved, just the SNES -> RGB CSync cable -> device. The one exception is of course the SC-512, where I require the Sync Strike to essentially convert the RGB SCART to VGA. I'm not sure if the Sync Strike adds a delay or not. My guess is that it does, but very very little.

Another thing to think about is that I use AmarecTV 3.10 with the SC-512 to double the scan lines. This might also add some delay.

Below is the table with the results. The general error is 1 frame, as described on the wiki page:

Of course the evaluation is dependent on reflexes and/or rhythm more than anything. The visual and audio cues are the more revealing aspects which the user should consider, of course the interactive factor can give an experienced player the hang of the system when testing it via different connections. Since a frame is around 16 ms (1000/60), that value must be considered the general error when using the test results.

So do these seem plausible? I think they do!

If we remove 1 frame (the general error) from the CRT test, we get less than zero frames of lag, which is probably true as CRT's are generally considered lagless (there are some exceptions though, but my CRT is not one of them.)

If we remove 1 frame from the SC-512 we get less than 1 frame, which fits in with the results I've read from other sources. We might also wanna ± 4ms to it as that is the delay on my computer monitor (Acer XB270HU).

And the HDTV results seem fine. I can't remember where I read it, but I read somewhere that my TV is specced to have 32 ms of lag.

What does that mean? Well I'm gonna try playing some games through the preview and see how it goes. I have high hopes of removing the CRT from my desk though.