I wanted to stream some osu! and TypeRacer, but I wanted to show my hands while doing so, so I needed a webcam.

I realized I had a iPhone 4S lying around, and then I remembered that I have in the past used it as a webcam. So I took the old phone out, teared my hair out over how slow it was, installed the free app Epoccam, and it was done! On the PC (and I believe Mac too) you had to install some drivers from their website, and then it shows up as a webcam source in OBS. Here's what I ended up with: 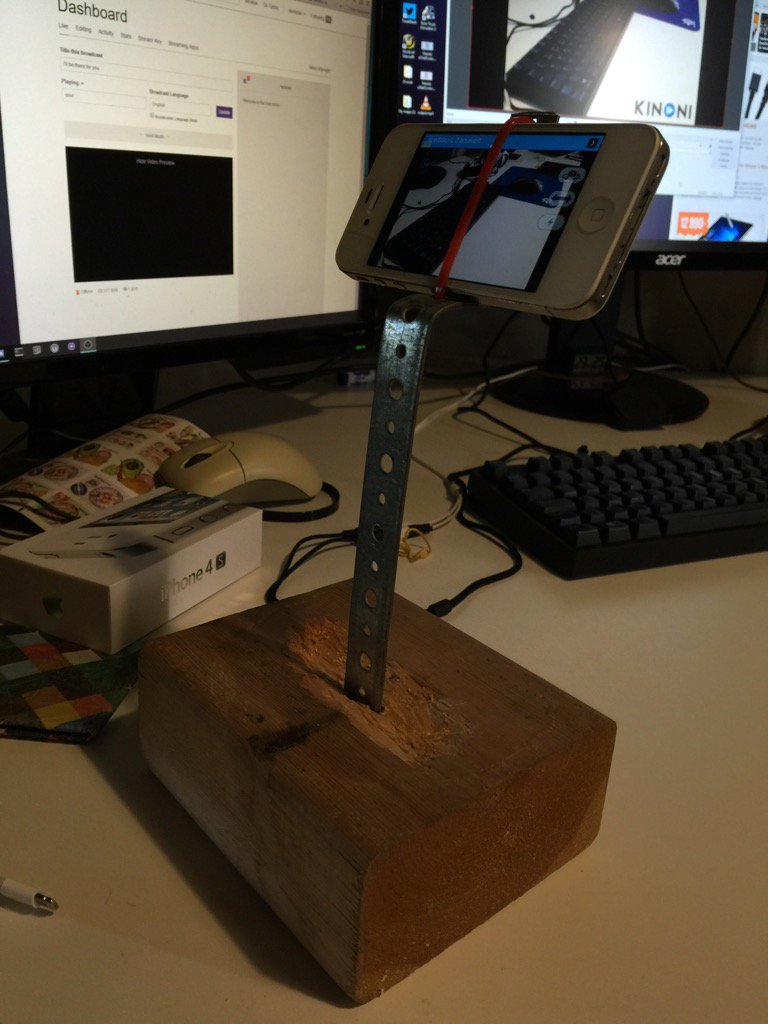 You can see it in action in this video, which is muted because I was playing Ozzy in the background.