iPhone 6 Plus: a year later

Anyway. This has probably been my most used device since then. I use my phone all the time. Not the phone part of it, but the other parts of it. Mostly Twitter and browsing, and listening to stuff. 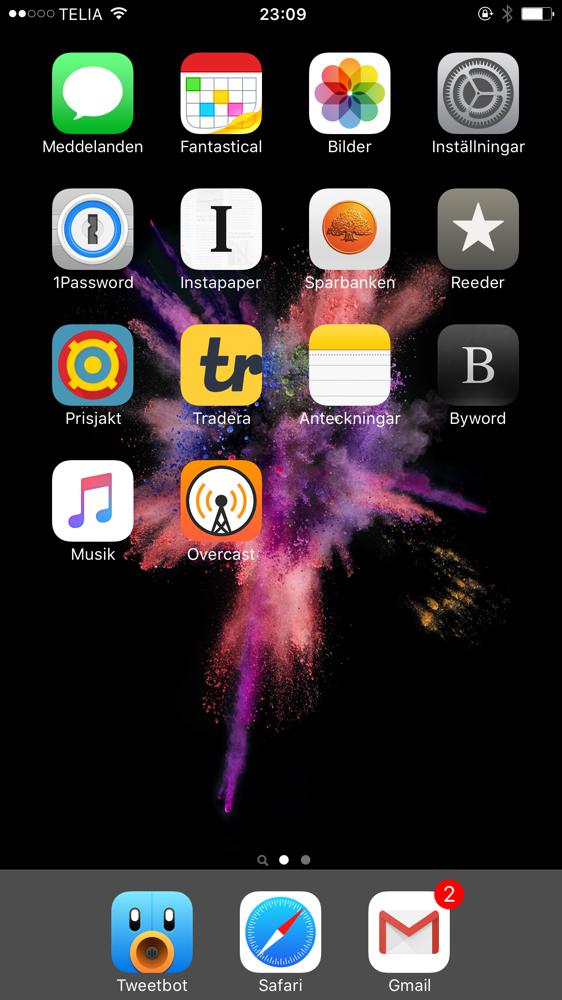 The phone is still in perfect condition, exactly like the day I got it. It's not bent, the screen isn't cracked, the camera lens isn't scratched, and the dust particles that were under the display when I got it are still there. The only thing that has gotten worse is probably the battery, but the battery life is still not bad. It easily lasts a day, probably two if I wouldn't plug it in at night.

Many times during the year I have complained about the size of it, but I'm now starting to like it. It's not just the size of the screen that is the difference, but stuff like the battery being bigger, the keyboard having bigger keys (easier to type on with my thumbs), and the camera having OIS is also a nice feature. I originally thought that if I was going to get a new iPhone after this one, I would go for the smaller model but I'm pretty sure I wouldn't anymore. It would feel like a downgrade if I did.

During this entire year there has been two times where I wanted to sell this phone and get something else. The first time was sometime during spring and I for some reason got a urge to switch to the Android camp, but a week later that disappeared and I have absolutely no interest in Android anymore. The second time was very recently, when the iPhone 6S was announced. The new 6S is faster, has twice the RAM, better camera, faster Touch ID and 3D Touch. But then I started thinking: I don't complain about my phone being slow or low on RAM or anything. For my needs it's perfectly fine, the only things I really want from the 6S is 3D Touch, that seems very interesting and I wanna try it. Since I am on a 2-year contract (1 more year to go!) it makes no sense for me to change phones midway through anyway. Hopefully I'll still be in a decent position when it comes to economy when the iPhone 7 rolls out so I can get that one.

Case or no case

During the majority of the year I have been caseless. I did not like how the Apple Leather Case made the buttons feel mushy and how it added some extra thickness to the phone (it's already big enough naked in my pocket). But during this summer I have had it in that case for the majority of the time, mostly because where I have worked is not exactly a clean place, and also for some extra protection; just in case. The nice thing about the leather is that the more you use it, the nicer it gets. The parts around the buttons get worn down so they are a bit more tactile now, and the case just feels like a part of you almost, it gets really personal in a way. But now that I don't have any upcoming work, as of writing this, I decided to take it out and use it naked, and boy it's a beautiful thing. But! It's now more slippery and harder to hold. So I put the case back on, just now, and it feels a lot better again. So in summary, I think I prefer it naked, in theory, but it's much more comfortable to use with a case. If someone could kickstart a device that removes the case when you put the phone in your pocket, and puts it back on when you use it, I would back that.

Going forward I have also gotten a interest for a iPad and the Apple Watch. Both are things that I want, but I don't need either of them: I don't have a good reason to get either of them. If my Pebble completely dies (it almost has) I will definitely go for a Apple Watch if I want another watch. And the iPad I just want to try some iPad specific apps, but that's not a solid reason.

By the way, I wrote and published this whole post, using Byword and Transmit, on this very phone I talk about above as the ultimate 1-year anniversary celebration. Here's to another year!