If you have ever listened to ATP there is a gag about a inserted "Ding!" sound each time someone mentions HFS+, the default file system for Mac OS X. John Siracusa, a host on the show, has also talked alot about this file system on one of his other podcasts, Hypercritical.

Anyway, I didn't think much about these HFS+ rants, I just thought it was fun to listen to and I liked the "Ding!" gag. While listening to one of his many rants about it, I did pay a little attention to what he was saying, how HFS+ can, as time moves on, sometime somehow corrupt itself and it won't work as expected.

Well I experienced this today, when I tried to create another partition on my Macbook Air's SSD. 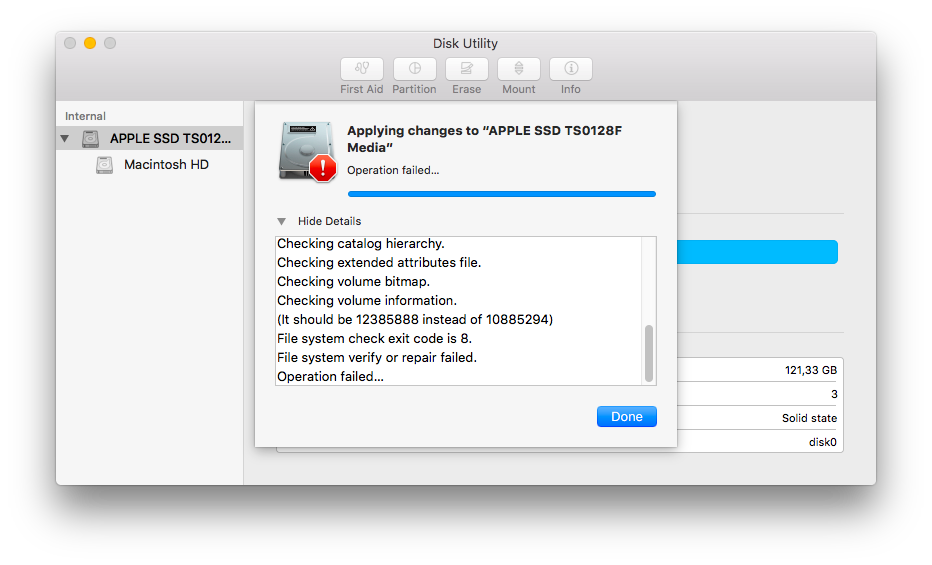 It errored, and wouldn't let me progress. I ran a Verify and Repair and those failed too. I could not do anything to the disk (except write and read data to/from it as usual from the OS X install I had.)

Anyway I removed the entire disk, making it 1 partition, then reinstalled OS X on it. Went with Mavericks for fun. I was gonna restore from a Time Machine backup, but it failed too.