I saw the credits roll in a video game so my OCD is making me do this.

This is a game where it's not really over when it's over, so I have more to experience still.

But so far, it's pretty great. It's only 1080p so it looks pretty fuzzy, but it's alright, I've gotten used to it. Music varies from horrible to amazing (most of them in the middle).

Obviously, I love 2B.

But yeah, cool game. Gonna play some more now. Maybe I'll write more when I have seen more letters of it.

Or maybe I won't and I consider it done and never play it again. We'll see. 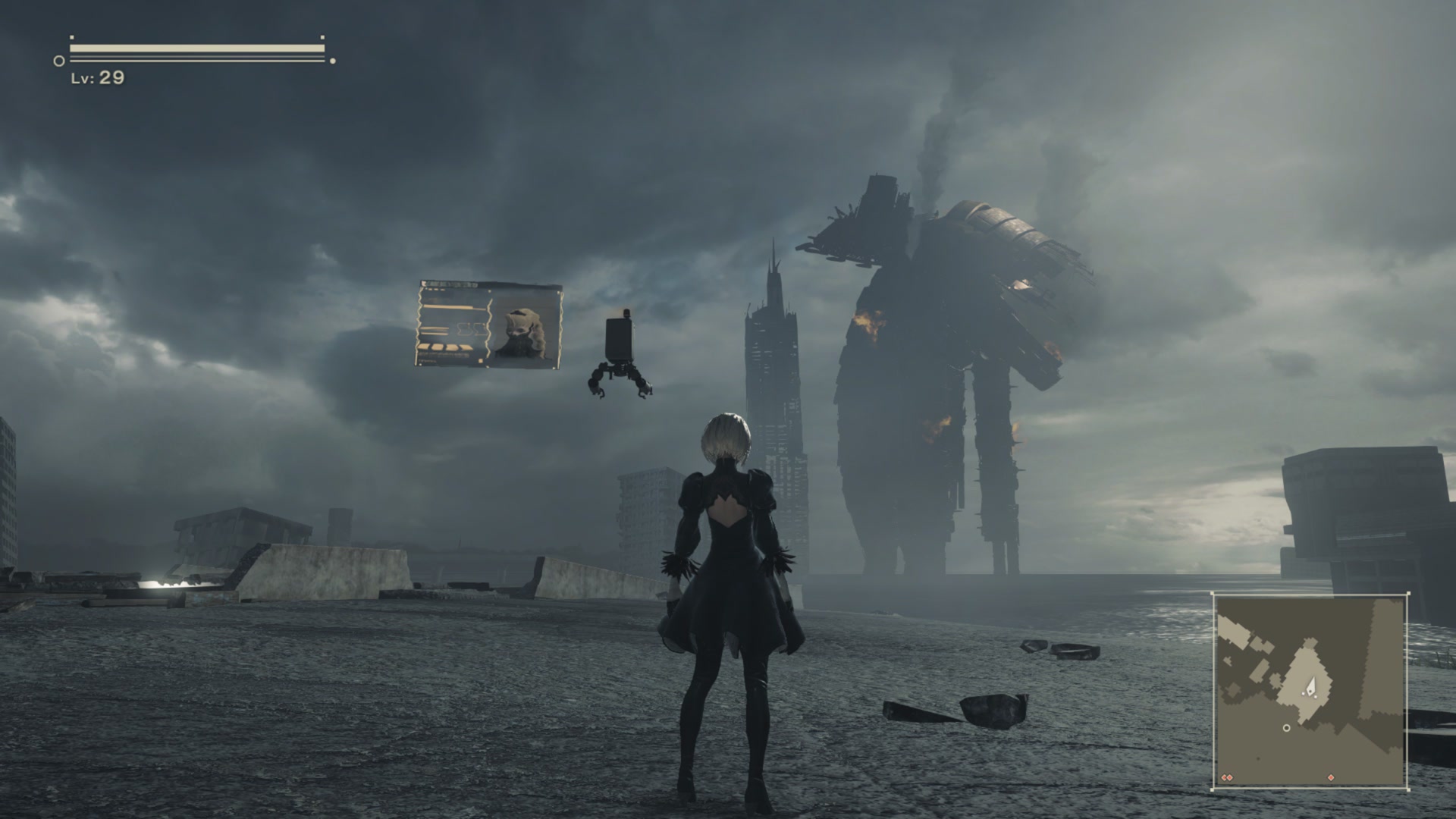 Well, I've now done endings ABCDE (and GKM) and my stance hasn't really changed. It's a good game but I can't really think of anything I specifically like.

I thought I liked 2B, but something happened to her and I didn't care so I don't think I do. The story overall I don't care much for.

I guess I just like that it's a pretty weird game with how its structured, that's what kept me going. Now that I've done the tru[E] ending, I don't really have much desire to play it anymore, even though I've been hooked on it for the past couple of days.

I might do some more of the meme endings and maybe get the platinum eventually, but right now I'm not feeling it.

But yeah... good game but I can't really say why.

Well, I've now done all the endings and got the platinum. Right after I took these screenshots I closed the game and put the game on my shelf and plan on never touching it again. That sounds dramatic, but I really just think I'm done with the game. I'll probably checkout Replicant soon though. 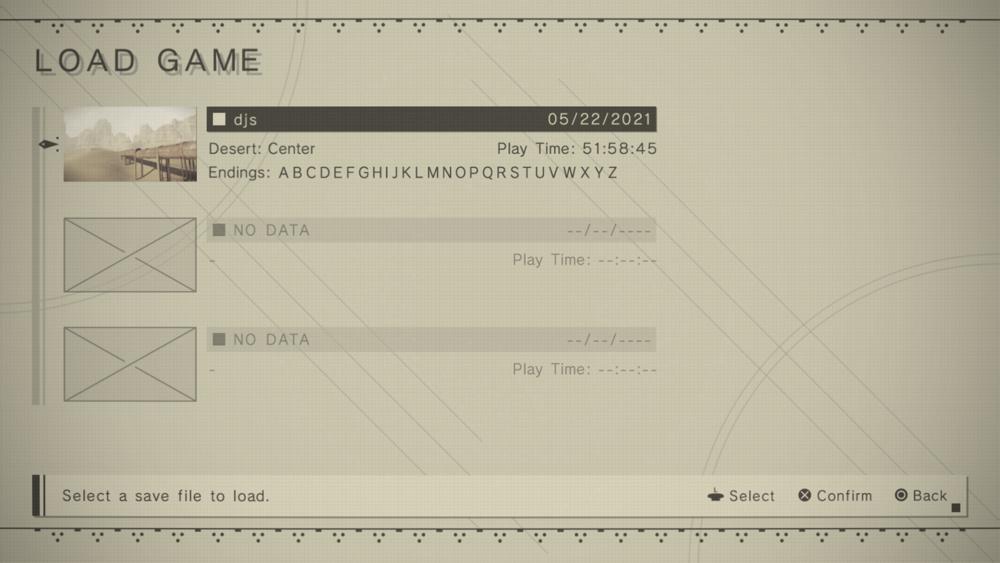 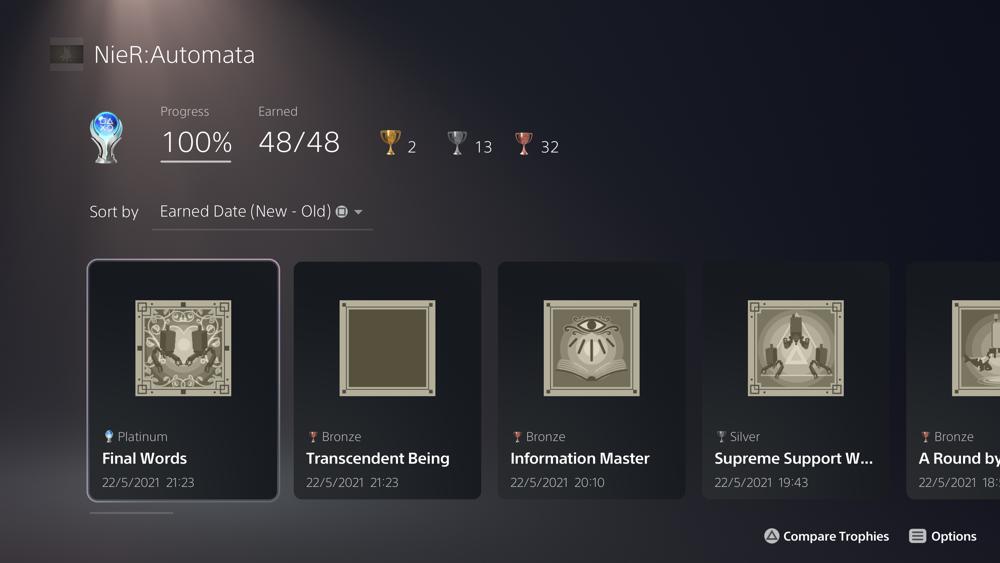