I played through GTA V again this week, and I still think this game is amazing. The single player that is. I wouldn't touch the multiplayer even if I was paid to do so.

(There might be spoilers, but the game is 6 years old so at this point I don't think you can complain.)

I remember when the game originally came out. I had gotten a PS3 for it (even though I already had a Xbox 360, but in the trailers and gameplay footage prior to the release Rockstar was using the PS3 version so I figured it would be the better platform) and I was ticking down the days. And then unfortunately I had to go on a school trip the exact day the game came out: September 17, 2013. So that kind of sucked, but I sucked it up and went on the trip. Because my friend, who was also very excited for the game, also had to go on this trip I felt atleast a little better. Anyway, we came home on the 18th, a Wednesday. I immediately unboxed the game and started playing it long into the night, and had to go to school the next day. Then the Friday came...

I still remember that Friday. I woke up, felt I had a headache and saw it was the perfect opportunity. I took some headache pills, called in sick, rested for a bit and then I was fine. So I sat infront of my 32" 720p TV with the PS3 hooked up to it and just played the game the whole day. I think I got up to use the bathroom, but I didn't eat or anything. I just played, played and played. I started around 7 in the morning, and I was done later that night. Because of the magic that is cloud backup of photos, I still have the photo I took of it and immediately sent to my friend to brag: 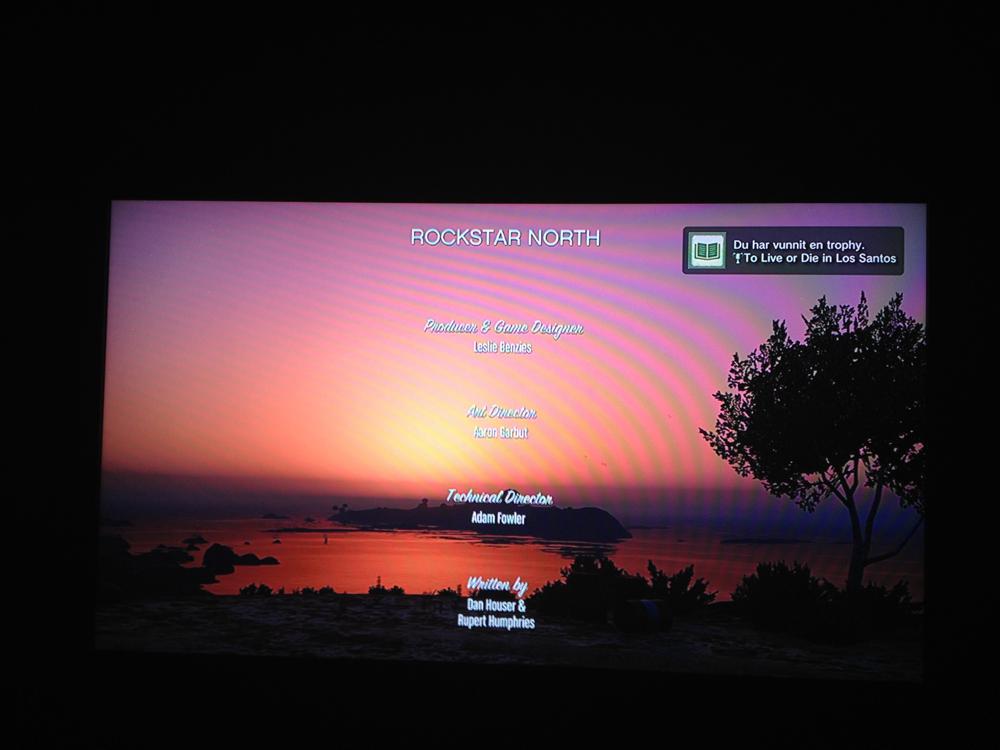 Ever since, I've loved this game. I can't really pinpoint what exactly. If you judge them separately, nothing is really great:

But when you put them together you get this wonderful recipe for a video game.

The visuals pop and are really bright and colorful and it doesn't feel sluggish, atleast not on PC where you get >= 60 FPS, which is something I wanna stress makes a huge difference in this game. I don't care too much about 30 vs 60 FPS otherwise, but in this game it makes a huge difference. I loved playing through the game on PS3 when it was new, but when I replayed it on PC it was like I had seen the light and I was just blown away over how great the experience was. It was like an entirely different game. It was candy for the eyes. It was just incredible, and still is. 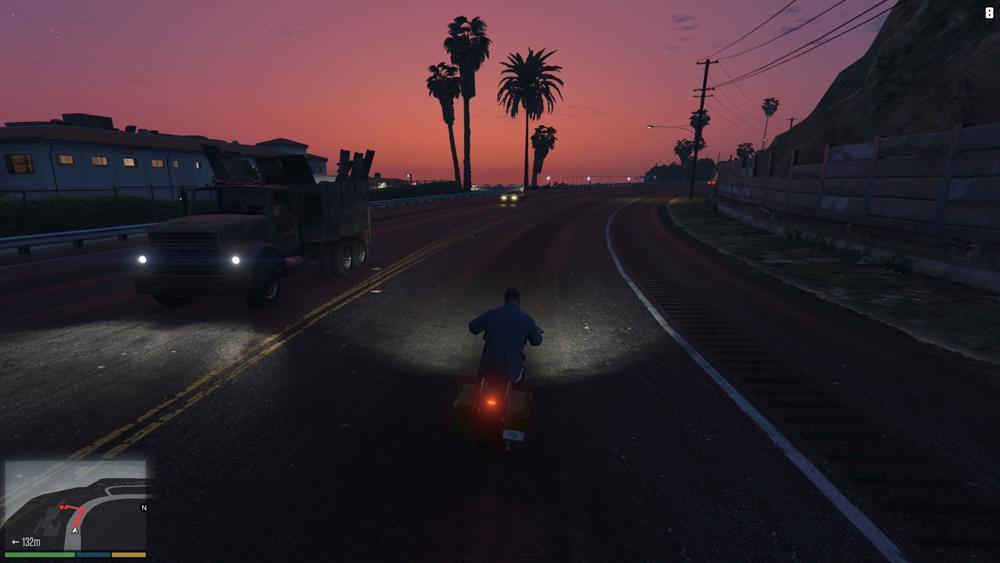 The gameplay is really fun with each character's special ability which come in handy alot. Franklin is best for driving. It's so fun to just drive super fast with him and take the corners with ease using his ability. For shooting, using Michael is fun because you can just line up easy headshots in slow-motion and take enemies down with 1 bullet each. Trevor is... well his ability is pretty pointless; it's like a worse version of Michael's. But after that, you have all the missions. Some of them are a bit slow and you have to wait around, but for the most part I find them really fun and memorable. Some of my favorites are, written as Friends episode titles: 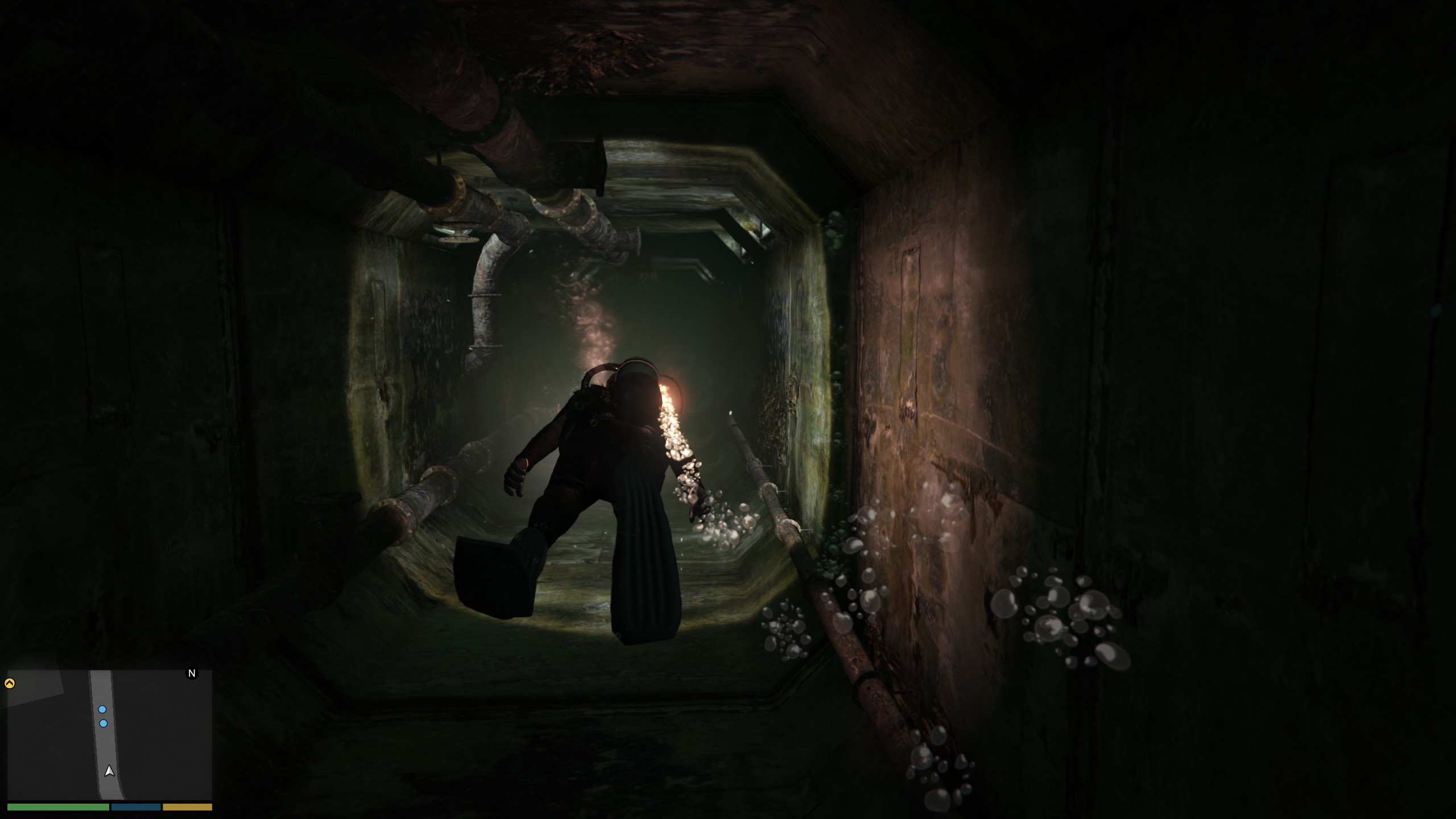 The city is colorful and pretty at night, and you can always find a new road out in the countryside you haven't been on and drive around and find something new to explore. You'll drive around and just notice some pretty colors or a pretty sunset and just be amazed. I sometimes just fire this game up when I am down just to take in the environment and enjoy driving around in it. And once you get a plane and start flying around you can just be amazed by the lighting and all the forestry, and all the things that are everywhere. 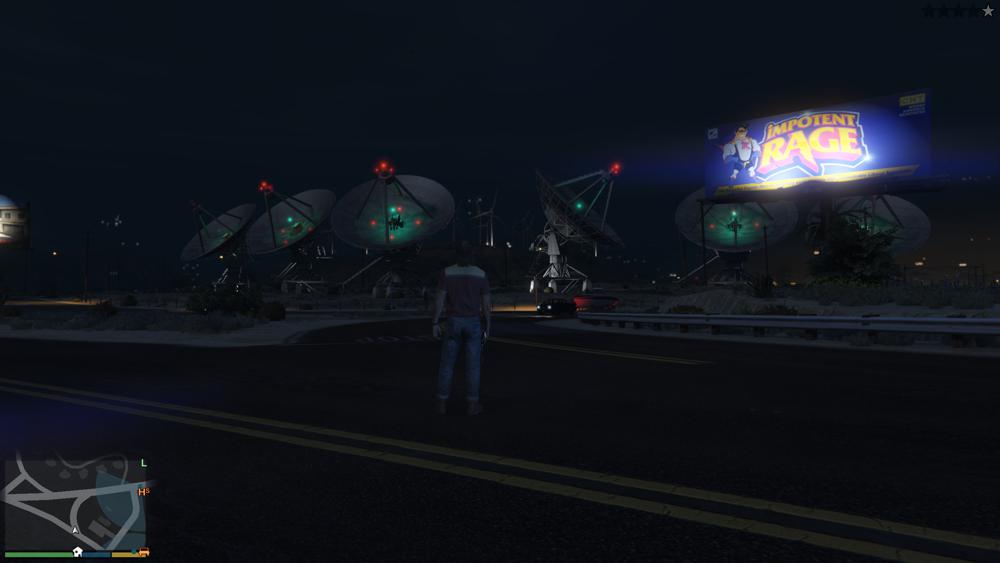 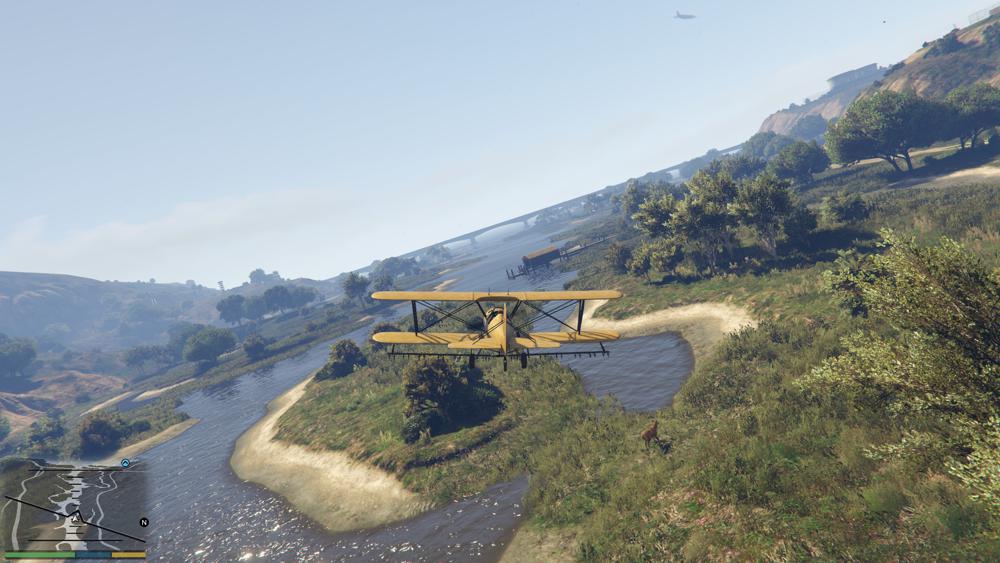 It's really hard for me to describe the environment and how much it means to me, but I am just so happy whenever I am in GTA V's San Andreas, doing anything.

The story isn't that thrilling, but because of how wonderful all the characters are, it's worthwhile.

Michael is not too much fun, but his family is funny. I wouldn't mind if Jimmy was gone though, he is kind of a jerk - I hate that he drugged his dad. Tracey is a hoot. I really like Michael and Amandas' story and their past lives, how they came to where they are now. Michael is probably the character I'll play the least when I'm free roaming, but I love him for the story.

Trevor is a very interesting character. I know some people can't stand him and can't enjoy the game because of him, but I like him. He's a very unique video game character and I wonder if we'll ever see something like him again in a video game. He'll definitively leave an impression on you. All the missions you do out in the desert with him are so much fun, and because of how insane Trevor is you'll remember the missions and him for a long time. 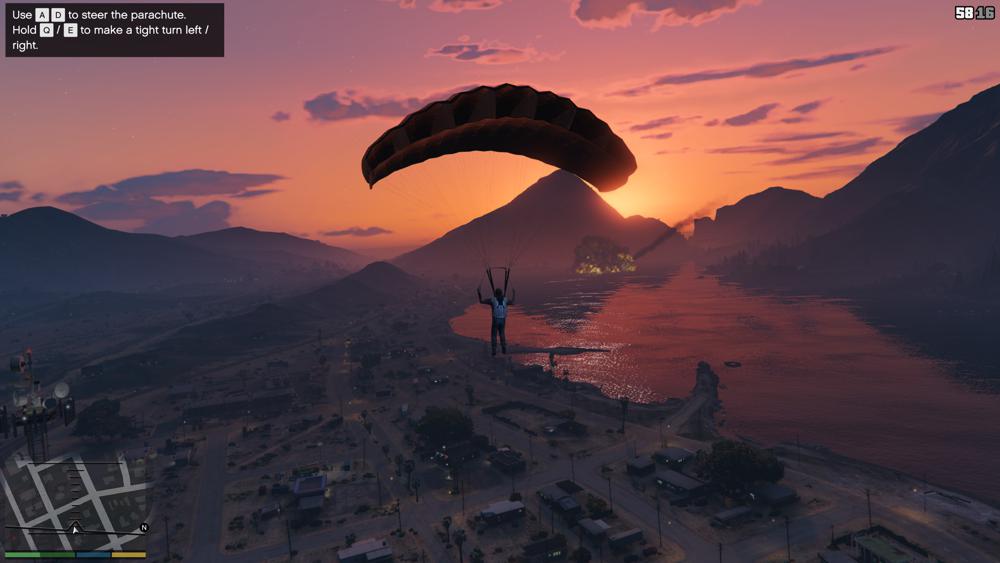 I also like the whole thing where Trevor searches for Michael and finally finds him again, the reunion. Trevor might be a mess, but he really cares about his friends, in his way.

Franklin is perhaps the most un-interesting character of the game, but he still manages to be my favorite character, just because of the way he and Lamar talks. Because his special ability is extremely overpowered, he's the character I play the most, just because I drive a lot. 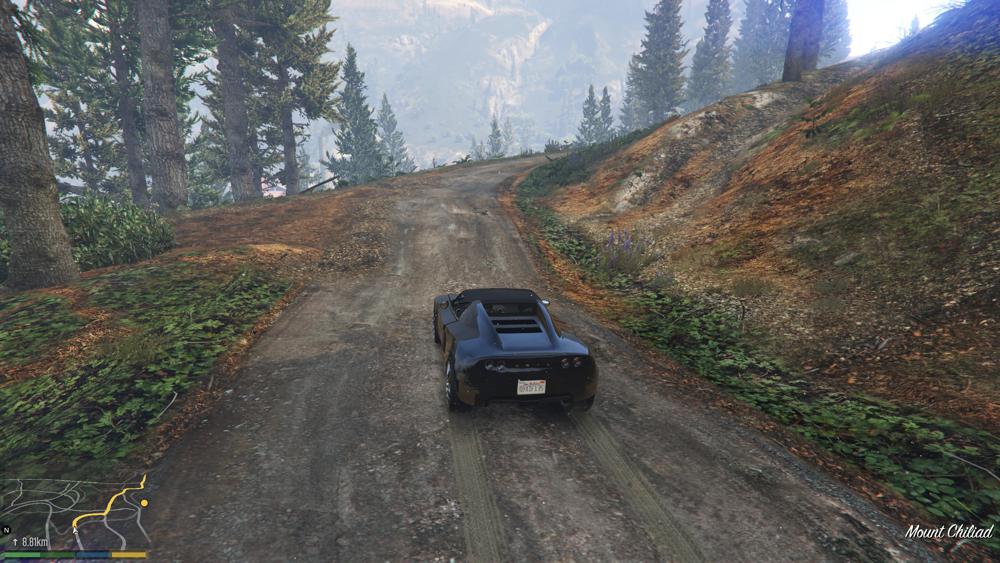 I don't really know what else to say. I just love this game so dearly and I am very disappointed there was never anymore Single Player DLC released for it. Instead, Rockstar just focused on GTA Online, which I totally get, it's huge and still popular, and GTA 5 is still one of the best selling games every month even in 2019 because of it, but I just think it's sad, because I would love to have more Single Player stuff to do. I have already beaten the game a few times and 100%'ed it atleast twice. I've just had these ideas for more missions in my head for all these years but it seems like they will forever just be dreams in my head.

Michael could be working on his family. Maybe in one mission you go camping up in the mountains and some bad guys had followed them and Michael has to defend them. He also had his movie aspirations, maybe he could work on another movie. 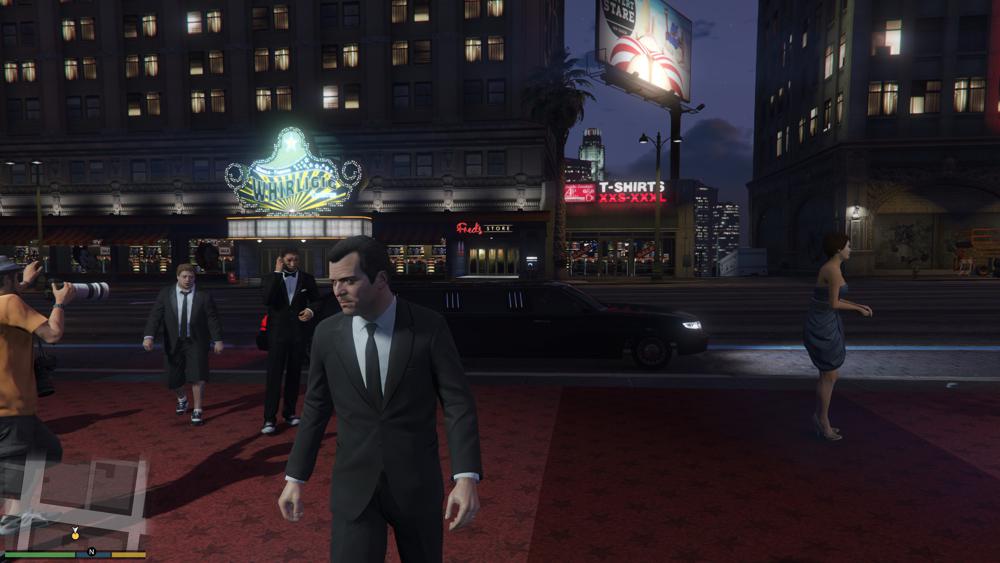 Trevor could've had some more airplane runs and maybe recruting more strippers for his strip club and improving the business. Franklin could've helped Lamar get out of the hood, get on better terms with his aunt, and maybe buy his old boss's car business and take care of that.

And with Leslie Benzies having left Rockstar who knows what'll happen with the future GTA games. I hope they continue to be great, which I'm pretty sure they will be because RDR 2 was great.

But in the meantime all I can do is just keep on raving about how great this game is and recommend everyone to play it. It's easily my favorite game of this decade, and it's up in my Top 5 of all time. If I was a little less nostalgic I would probably consider it my favorite GTA game.