Breath of the Wild - A Year Later

Yes, I should've made this post 8 days earlier so it would've been exactly a year, but whatever. 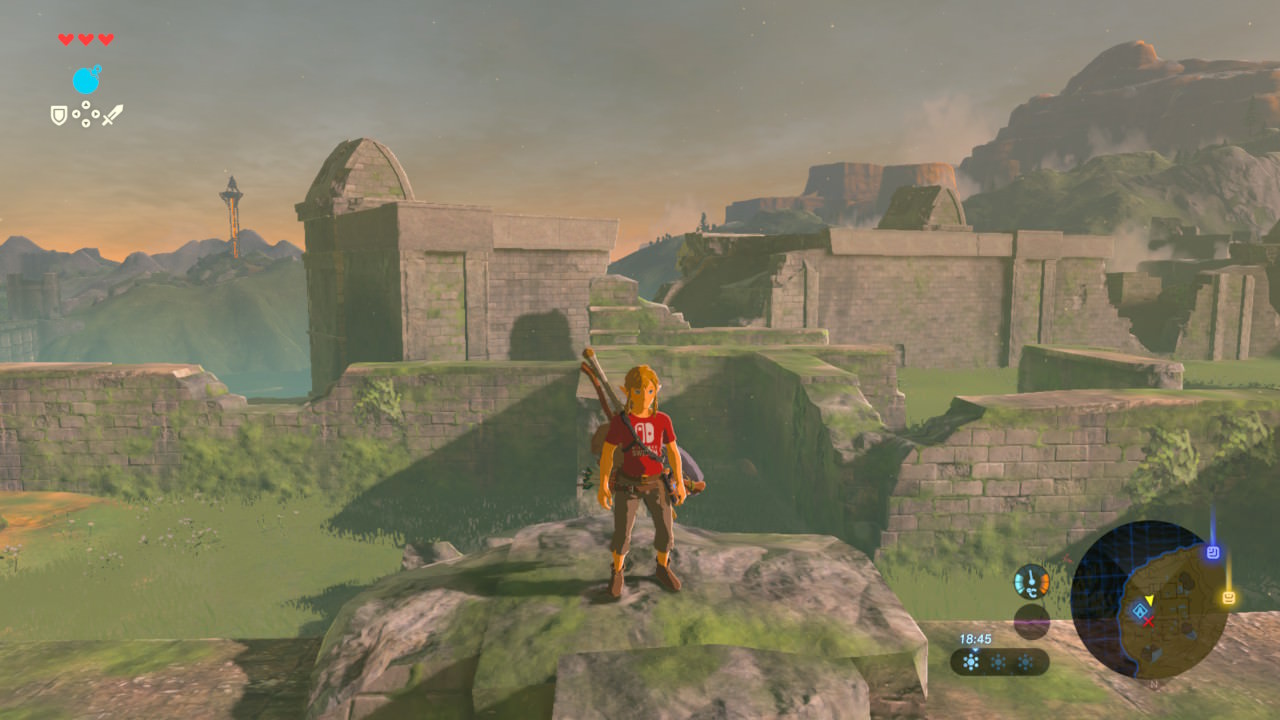 The Nintendo Switch and Breath of the Wild has already been out for a year. Crazy how fast time passes. A year ago I was seriously starting to want to get a drivers license and so I booked all the things related to that. It involved me having to live with my brother (and his wife) for two weeks while I was doing the intensive training program to get my license. Why am I telling you this? Because I have come to associate my Switch with those two weeks alot, because it was the only thing I could play games on while I was there (well apart from my iPhone and Macbook at the time, but I never play games on those) Although to be fair, my brother played it most of the time and I just watched, which was very enjoyable actually.

After those weeks passed, I actually left my Switch there so my brother could finish the game. And a couple of months later, I got it back, and then my cousin wanted to lend it so he could play the game, and I let him have it. My only requirement was that I was gonna have it back for Super Mario Odyssey, and that requirement was fulfilled.

So yeah, actually, most of 2017 I didn't have a Switch handy. And I didn't even play Breath of the Wild that much. Hell, I still only have like 70 shrines found and 30 korok seeds or something. But yet, I can't stop thinking about this game.

Despite me initially giving the game a 9/10 I think this is the best game the year 2017, or possibly the decade, maybe even ever. Yes, it might be the best game ever made.

So why did I give it a 9/10 initially, and do those complains still hold up? Mostly yes, I would say. 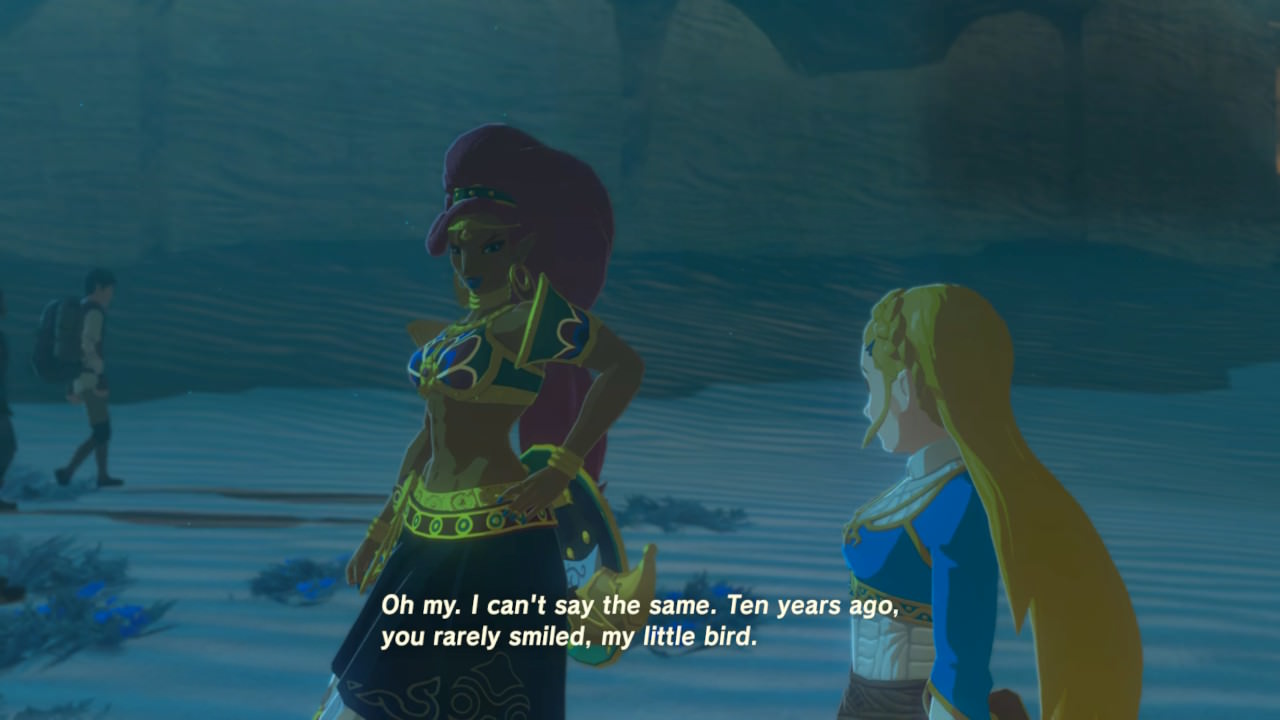 Yes, the voice acting is still horrible. Really horrible. I started using the Japanese spoken language for a while, but that was pretty bad too. I wish I could just disable it.

Not being able to pin infinite things is still annoying. There actually is alot of annoying stuff in this game like that, and how long the Game Over screen takes. I wish they could speed it up.

Yes, I still mess up the map and menu buttons. Very frustrating, still. And judging from all the screenshots I have saved on the Switch, my brother and cousin had trouble too.

The motion controlled puzzles are not as annoying anymore, I have gotten used to them you could say.

Enemies one hitting you? Meh, I got better.

Game is still very quiet and has barely any music, yes, but it kinda fits. I started thinking about it the other night and I'm not sure how this game would feel if it had music. It kinda suits it.

And yeah the framerate is still bad, at times.

So yes, the flaws are still there, but I think the goodness of the game overweighs the bad things, and thusly it is a 10/10 game. No question about it.

I just think it's an incredible game, that never ends. It's like the infinte game. It is so wonderfully well made. It might not be the prettiest, the most stable, the most fluid game, but it is just fun and good. 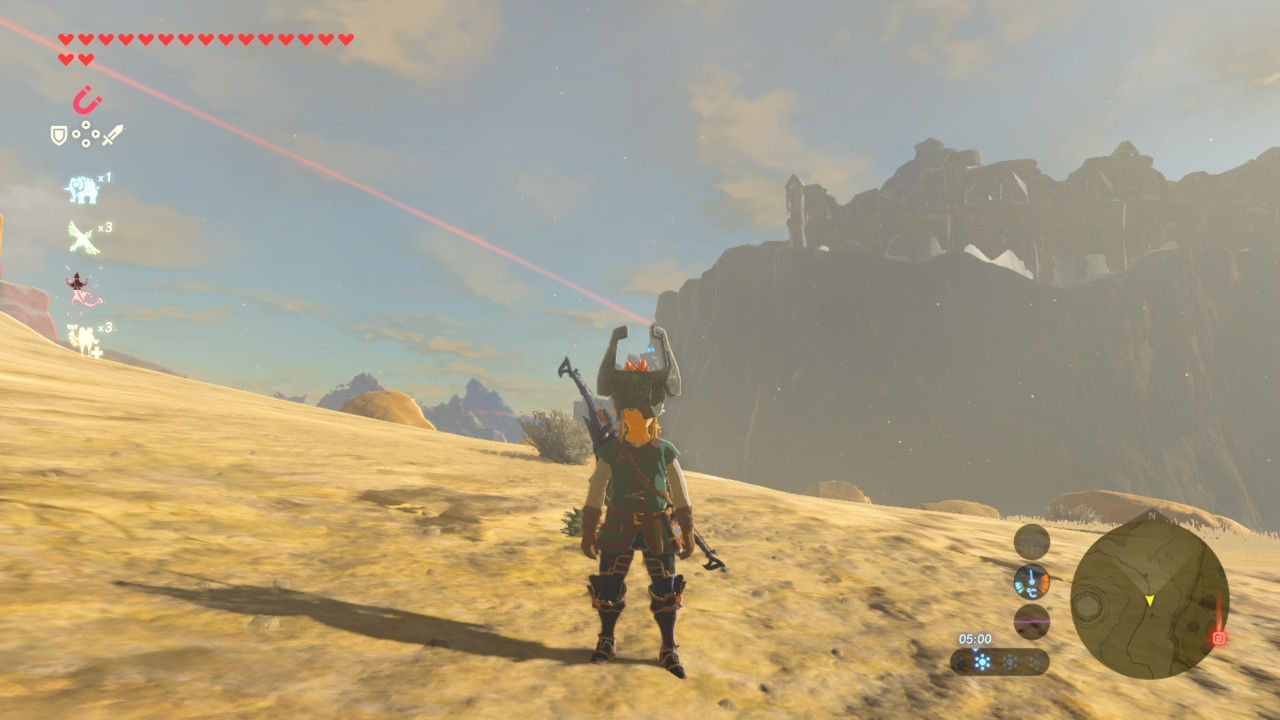 So yeah, there you go. Now you can see how ones mind can change in a year (except I changed like a couple of months after I initially finished it.) I think the reason why I didn't 10/10 it at first is because I rushed through it so I could get to the other games I had to play.

But now that I don't have any other games I have to play, and I can just play whatever I want whenever I want, I really really love this game.

Now if you excuse me, I'm gonna go play some of it right now. All I do is run around trying to find shrines. And maybe I do some DLC quests If I feel like it. 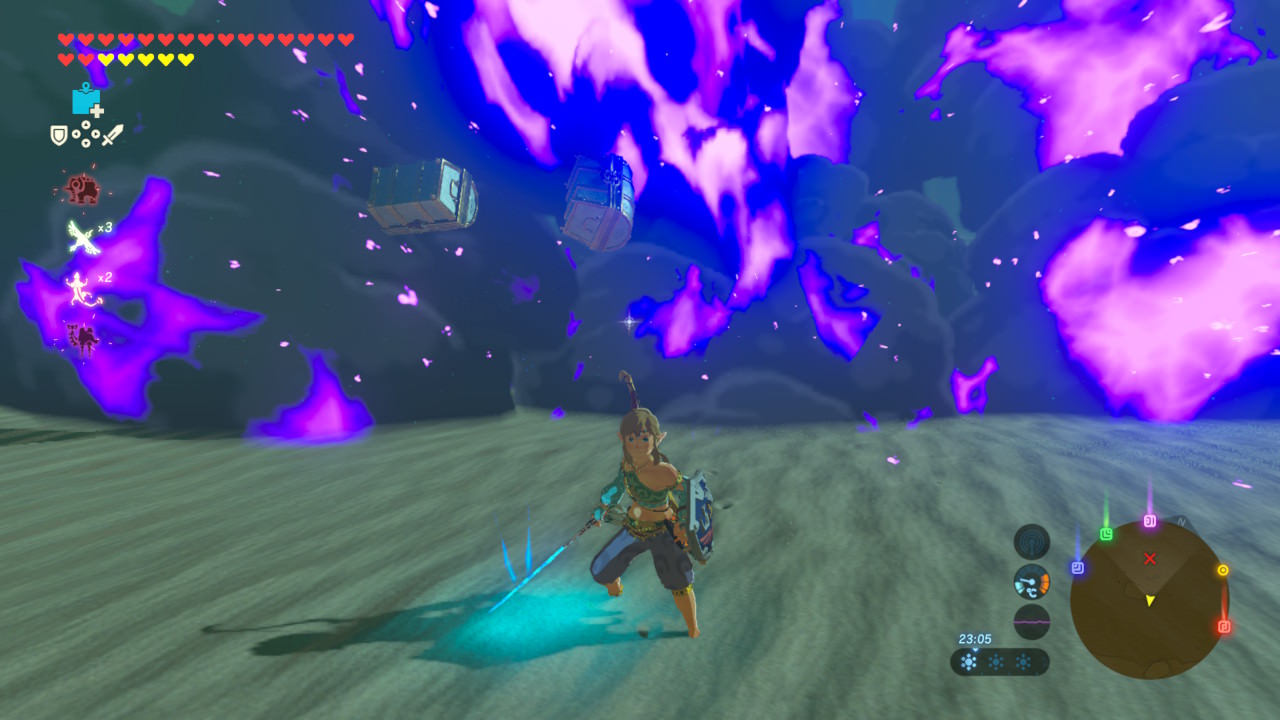 I don't know what went down here

Oh and do I still think this game is worse than FFXV? It's hard to say. I love both games. But I think Breath of the Wild will age better.