What a fun day. Here are my impressions after roughly 12 hours of owning it. 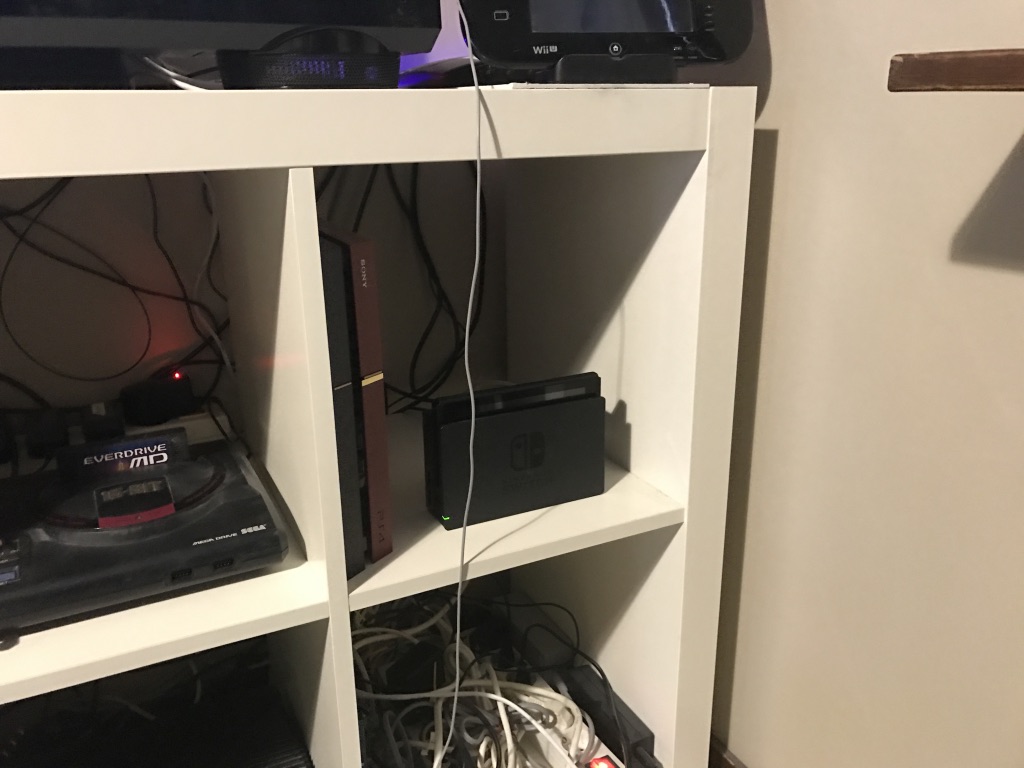 Next to the PS4 for now. With a USB cable plugged in to the left of it, it's a bit tight so I might move it when I think of a better spot

Pro Controller to the left if you can't tell

Breath of the Wild 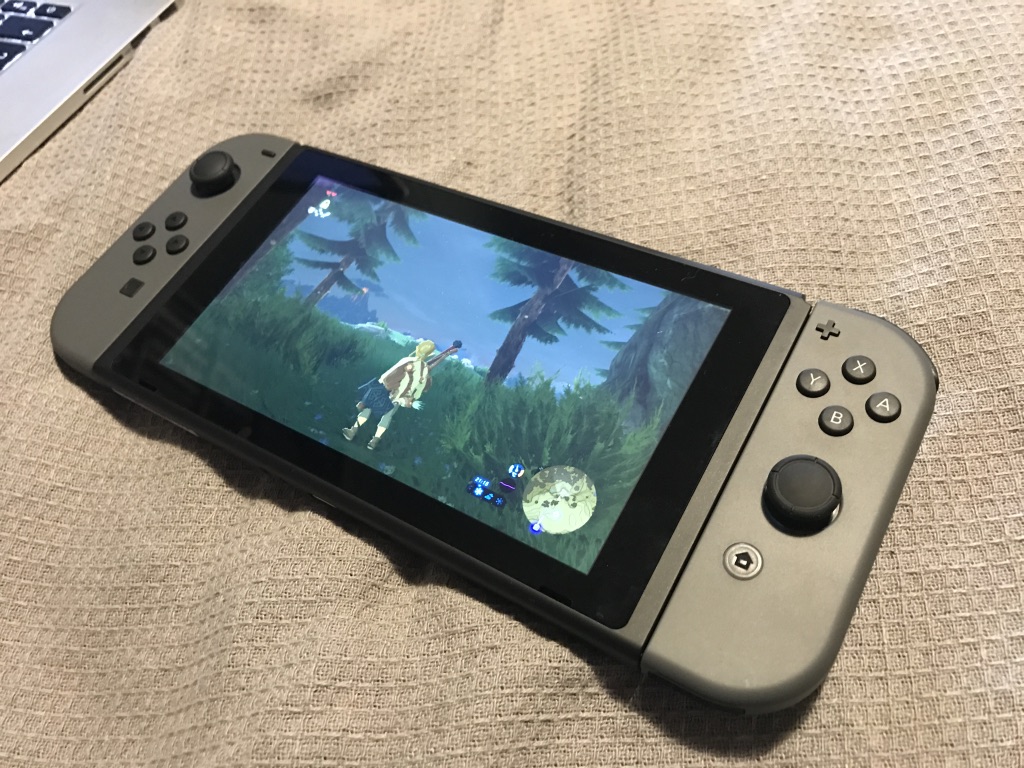 Unfortunately I will very rarely use it like this... most likely

Overall I am very happy with the console itself so far and I hope future updates will improve the system menu resolution and maybe add some music to it.

Oh, and more games. While Breath of the Wild is fun, I kinda want something else to play on the side as it is very overwhelming (FAST RMX is alright though.)