By coincidence I happened to see a ad with the most popular phones in Sweden according to Prisjakt (which is a price comparison site, literally Pricehunt) and I found it interesting. 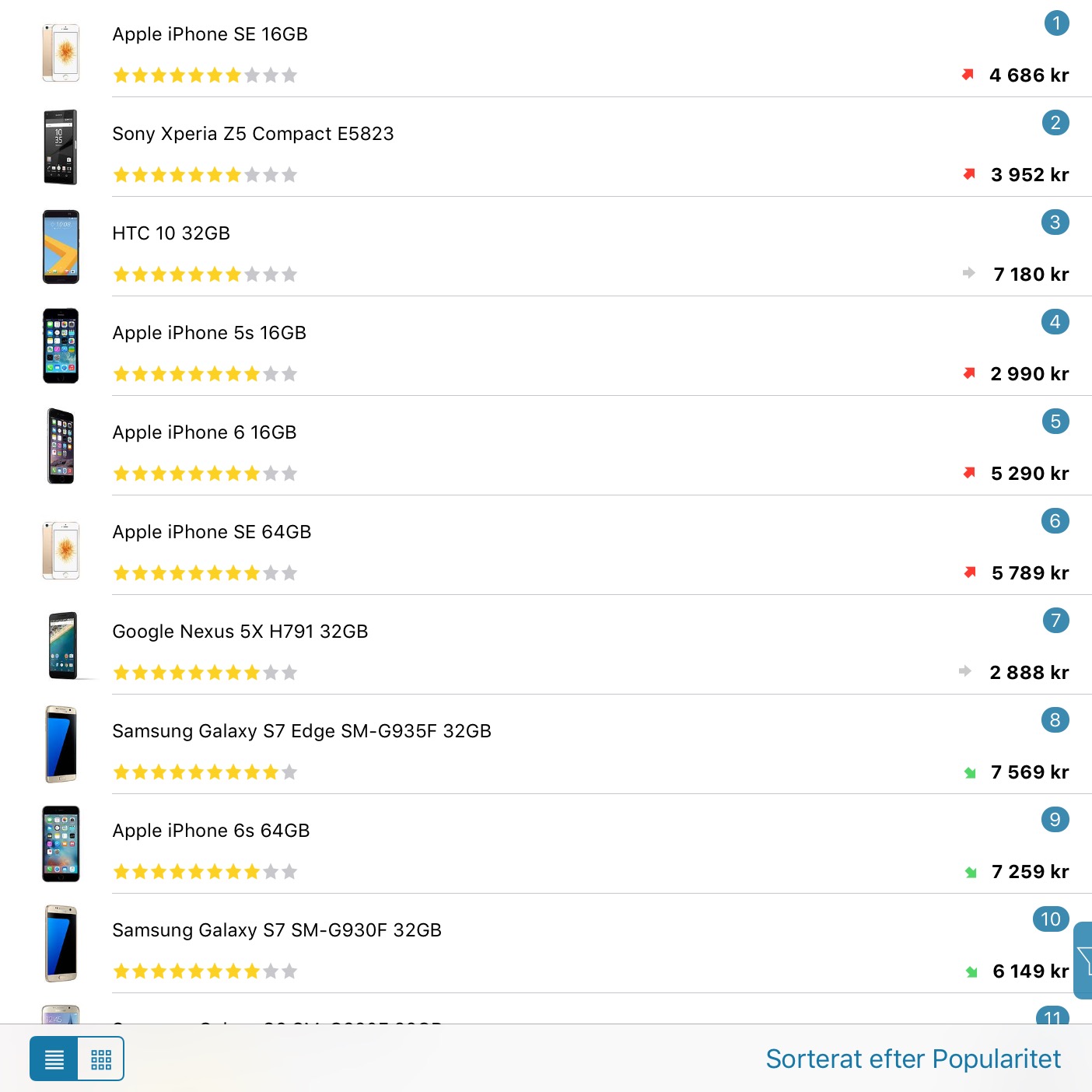 I don't care much about the Android phones, I've never heard of the HTC 10 for example, but I found the iPhone choices interesting.

By these two points alone, it would seem that people here want the smaller and cheaper iPhones.

Here are my conclusions:

Now I want a iPhone SE again. It seems like a beautiful phone.