Going for a i7 and a Gigabyte Z97-based motherboard, coupled with a NVIDIA card seems to have paid of: 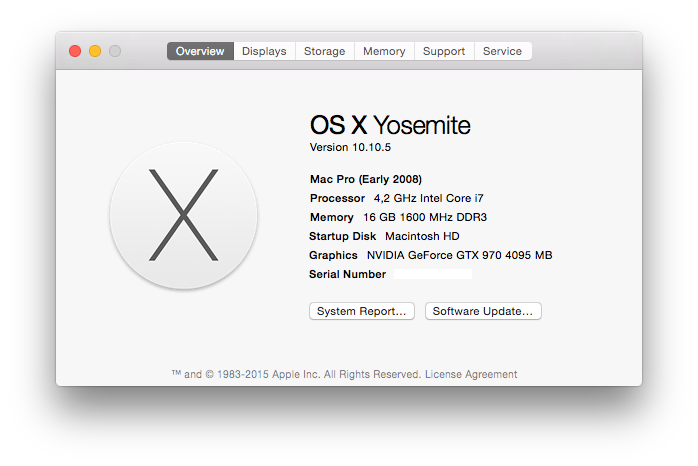 Getting this to run is not very hard, if you can survive the 2 first boots (where you don't have any accelerated graphics and everything is super laggy because there are no official OSX drivers for the GTX 970.)

After the first 2 boots you can download and install drivers from NVIDIA's website that are made for the Quadro-series, but also works for Maxwell cards (like the GTX 970.)

After that everything is smooth. Even the 144 Hz on my Acer XB270HU is supported. GSync does not seem to work, but that's fine. I don't game in OSX anyway because that is always gonna be worse than on Windows (which I dual-boot.)

What was particularly surprising was that I could plug in my USB Bluetooth stick, and immediately it started the wizard to add my Apple Wireless Keyboard (I'm writing this with that keyboard because my Model M is loud and it's late at night.)

Ofcourse, there are some caveats with running OSX on unofficial hardware:

There are probably solutions to these, but I haven't looked into them. Only thing I would want is iCloud so I could sync my bookmarks in Safari and use the Photos app, but instead I run Photos on a official Mac Mini that downloads the photos and backs them up, and I just use Chrome instead of Safari and use it's bookmark syncing, having iCloud Control Panel running on another Windows computer.

I'm gonna try to run OSX on my main computer now for a couple of days. If it's stable and good I might full-time it. If I wanna play games I will just reboot into Windows by pressing F12 on my keyboard in the BIOS.

I don't know why, but I just like using OSX more than Windows. It's more fun to use and it's easier to relate to Apple people on Twitter talking about it.